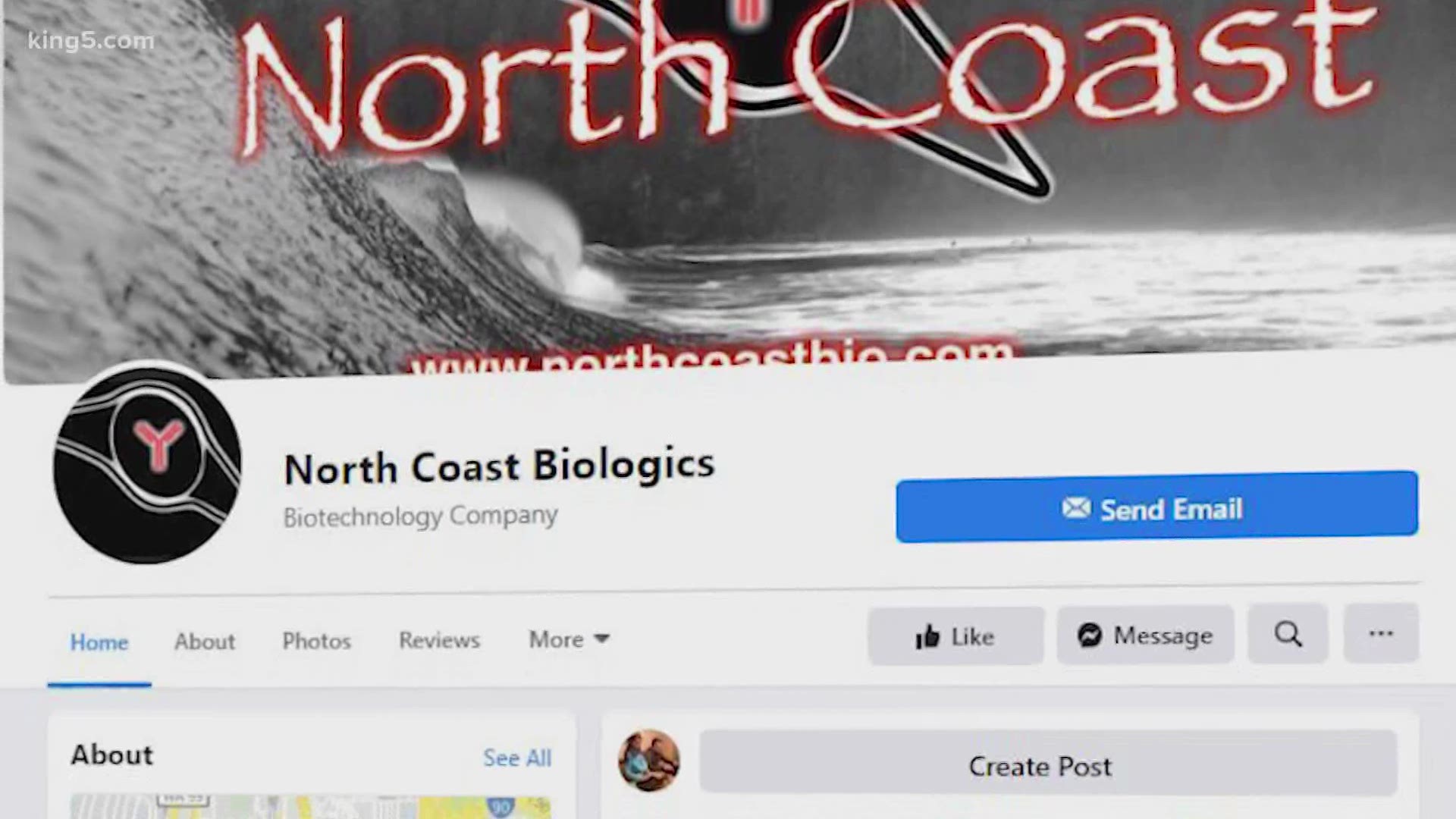 SEATTLE, Wash — Seattle-based North Coast Biologics is the latest company that Washington Attorney General Bob Ferguson said is trying to use the COVID-19 pandemic to its advantage.

"While people are rightfully worried about their health and wellbeing, this individual is preying upon those fears," said Ferguson.

On its website, North Coast Biologics lists itself as an antibody therapy company owned by John Stine. The address listed on its website led us to a WeWork co-working space in Seattle's South Lake Union.

Ferguson said the company advertised on its Facebook page that it had a COVID-19 vaccine and that it was being sold for $400.

The Department of Health saw this first and tipped off the AG's office. Ferguson said the problem here is that a COVID-19 vaccine does not exist.

"This essentially is nothing more than a scam," said Ferguson.

Five days ago, Ferguson sent a cease and desist letter to Stine to stop immediately. If he didn't comply, Ferguson can take him and his company to court for violating the state's consumer protection law. That could mean a penalty of $2,000 per violation.

"Every time he communicated with someone about this vaccine, that's its own violation," explained Ferguson.

Although Ferguson hasn't heard from Stine, the company took down its original March 11 post and updated it, saying because of the letter, the vaccine is no longer available.

This is not the only scam Ferguson has seen come out of the coronavirus pandemic. What has come across his desk ranges from empty promises of cures to financial help via texts or emails, and even price gouging.

Ferguson said now is the time to be vigilant, no matter how good a claim may sound.

"Do your due diligence, don't turn over your personal information," said Ferguson. "If something seems too good to be true... be skeptical."

The AG's office encourages everyone to report any scams and price gouging they see.  Go to the AG's website for directions on how to make a report.