Bryce Durst said she has called everyone from the Department of Health to the governor's office asking how to get her mom vaccinated, but no one has been any help. 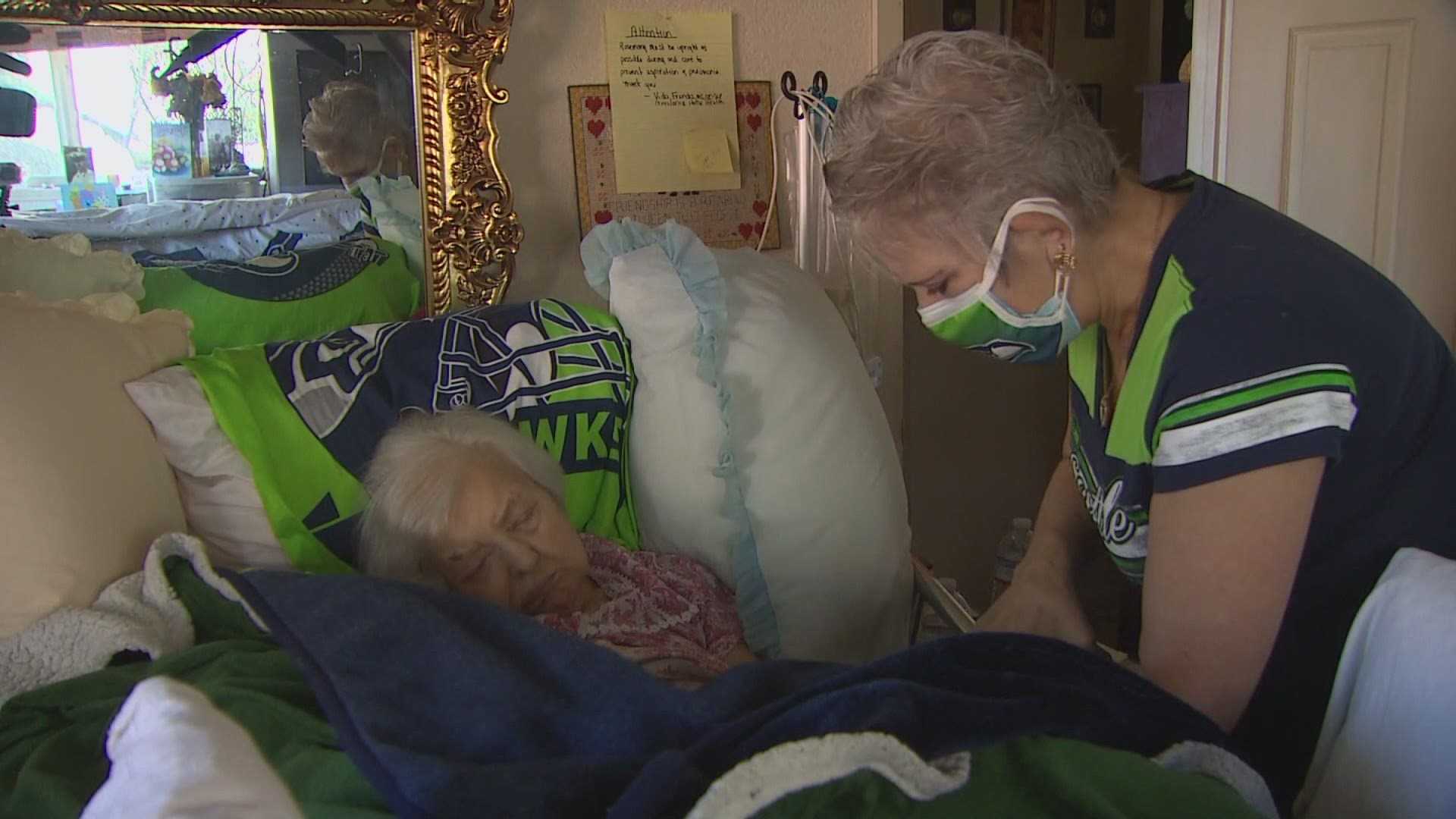 EDMONDS, Wash — Rosemary Walters has lived a very full life, but even at 95, she feels there is still more to live.

Last summer, though, in the depths of the coronavirus pandemic, Rosemary suffered a stroke that left her paralyzed and bedridden. Her daughter, Bryce Durst, has been at her side every day since.

"My mom and I are so close. She's my best friend," Durst said. "There is nothing, nothing in this world I wouldn't do for her."

Right now, all Durst wants is to get her mom a COVID-19 vaccination. After more than a year in isolation, Walters wants to be able to see her family again, especially her grandson, Mackenzie.

"I do realize she's 95. I do realize her brain is 95, her lungs are 95 her heart is 95, and any one of those things could take her out at any time. I get that," Durst said. "But I don't want to have any regrets, when she finally does pass, that I hadn't done everything humanly possible."

There's a mass vaccination site right down the street from Walters' Edmonds home, but it's useless to her because she can't leave the house. Adding to the duo's urgency is the fact that a caregiver who recently visited Walters has been exposed to COVID-19.

Durst said she has called everyone from the Department of Health to the governor's office asking how to get her mom vaccinated, but no one has been any help.

"I feel like we are the forgotten few," she says, "and I know we're not the only ones out there."

A spokesperson for the Department of Health says it does have mobile teams vaccinating the homebound, but not everywhere. Durst was advised to reach out to her local health department. She's waiting to hear back.

While she can no longer speak, Walters does understand what's going on. In fact, she even made it a goal to reach her 100th birthday. Having come so far, so close to the end of the pandemic, Durst is determined to get her there. All she needs to do is find a vaccine.

"I figure she deserves everything her little heart desires. She's earned that right," Durst said, fighting back tears. "All I want to do is protect her and keep her safe because she is so important to me. She's my whole world."

Snohomish County has a hotline for the housebound in need of a vaccination. That number is 425-339-5278. The Washington Department of Health also has a helpline: 800-525-0127, then press #, if you have questions or need further assistance.