Researchers observed people in spaces around King County from November to February to determine what percentage of people were wearing masks. 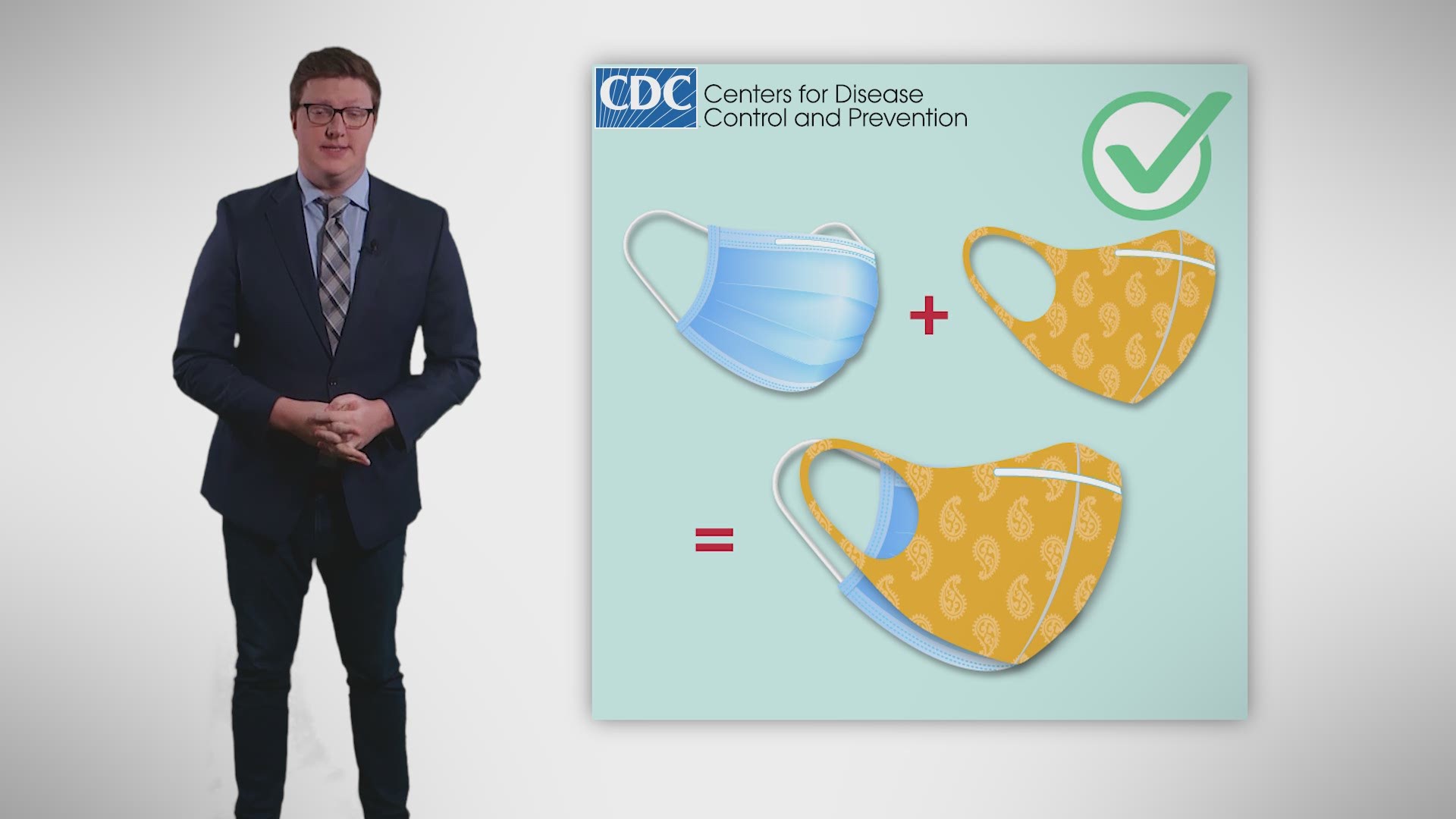 SEATTLE — Editor's note: The above video is from previous reporting about the CDC's recommendation on double-masking.

A study done by the University of Washington (UW) found 89% of King County residents on average are wearing face coverings over their mouths and nose in public.

Student researchers with UW's Environmental & Occupational Health Sciences and Global Health and Epidemiology departments surveyed 40 different venues around the county from November to February to get an estimate of what percentage of people were wearing masks.

Chair of UW's Department of Global Health called the findings good news, saying mask-wearing is "probably one of the reasons we have been able to limit the spread of COVID-19 better here than in many other parts of the country."

On a monthly basis, researchers observed people outside grocery, convenience and hardware stores, and transit centers, as well as parks, inside malls and the Seattle-Tacoma International Airport.

Mask wearing ranged from 85% to 95% across the county. People wore masks 94% to 97% of the time when entering hardware and grocery stores, according to the study's findings. People were less likely to wear masks at convenience stores or transit centers, only complying 76% to 84% of the time. At the airport, 85% of people observed wore face coverings, but some would take their masks off to eat while walking.

The team conducting the study aimed to identify parts of King County and different types of venues where mask-wearing is less common so public health messaging can be tailored to encourage mask use.