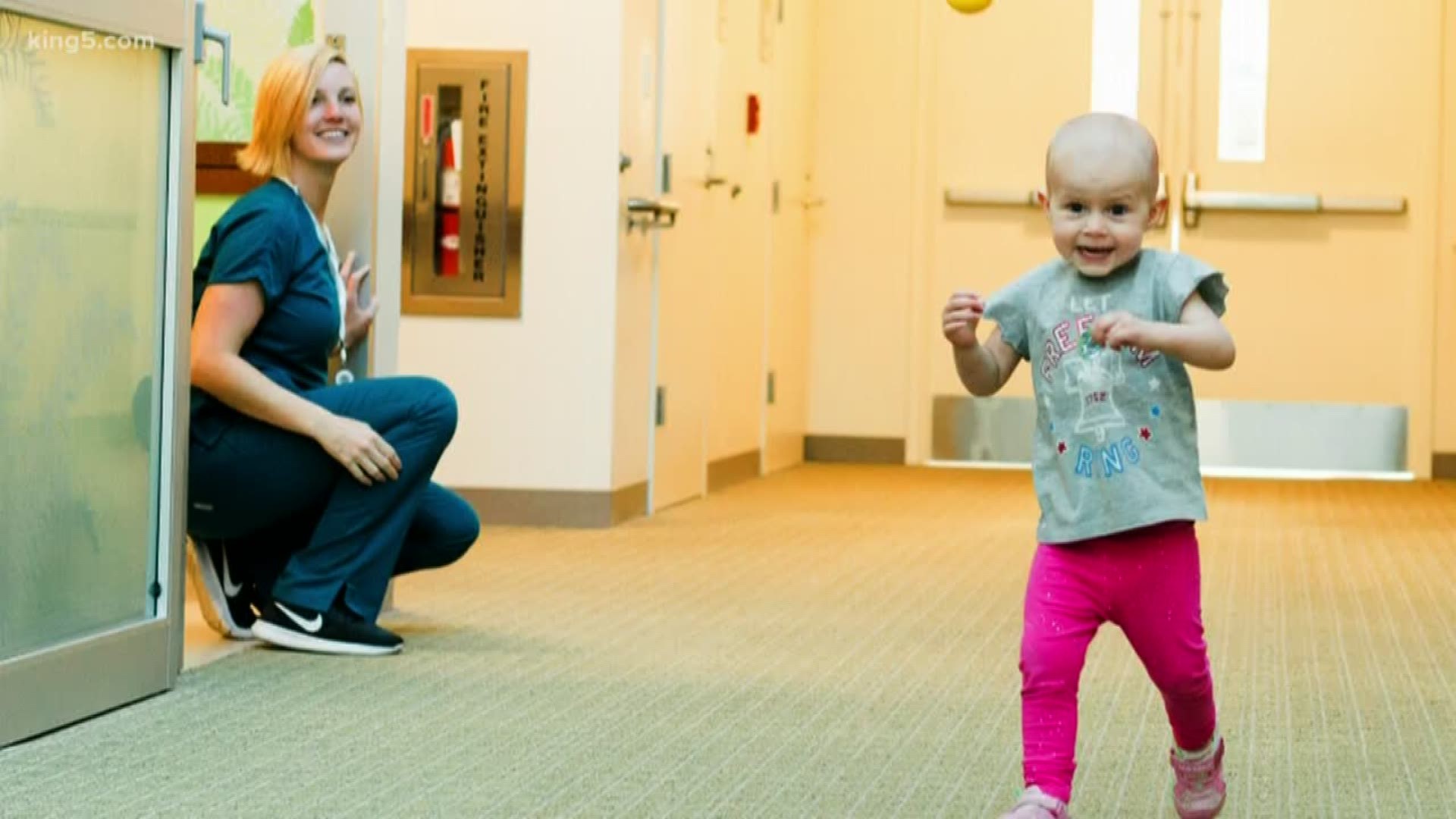 “She's very, very brave. That's not to say she isn't scared. It's just that when she has to do something hard. She will do it,” said Audrey, Danica’s mom.

For over a year, Danica’s has gone through intensive treatment for a rare brain cancer that’s nearly impossible to beat.

“Danica has a tumor that is called Atypical teratoid rhabdoid tumors and because that's such a mouthful we call it ATRT and ATRT was first described in the medical literature as an incurable tumor,” said Dr. Sarah Leary, a neuro-oncologist at Seattle Children’s. She’s the lead investigator for the latest tumor paint trial. Danica is trial patient number one.

Tumor paint helps surgeons identify cancer during surgery. The synthetic compound is based on a scorpion’s venom. It binds itself to cancer tissue with fluorescent dye molecules that glow when viewed through a special imaging systems.

That helps surgeons discriminate between healthy brain tissue and the cancer they’re trying to remove.

“I remember when she had her first brain surgery. We had just spoken to Dr. Ellenbogan and he sat down with us and I've never seen somebody look so tired. And he said, "I don't know what to tell you." It looked aggressive to me and he said it was in the ventricles, it was in the white matter fibers of the brain.”

That devastating pronouncement of their daughters’ condition is part of what led the Taylor family to look beyond traditional medicine.

Danica's November surgery was a success, with pathology showing no sign of the cancer.

“In children with brain tumors, this may be the last study we need to do to get the kind of information to make a decision about should we be using this all the time,” explained Dr. Leary.

The trial is expected to enroll 114 patients at 15 of the top pediatric cancer surgery centers throughout the U.S.

The hope is that this trial will prove that tumor paint gives brain surgeons an advantage over surgery without the paint, and will save more lives.