People who suffer from Crohn’s Disease or other Irritable bowel syndromes may find relief from a special diet developed by Seattle Children’s Doctor David Suskind. 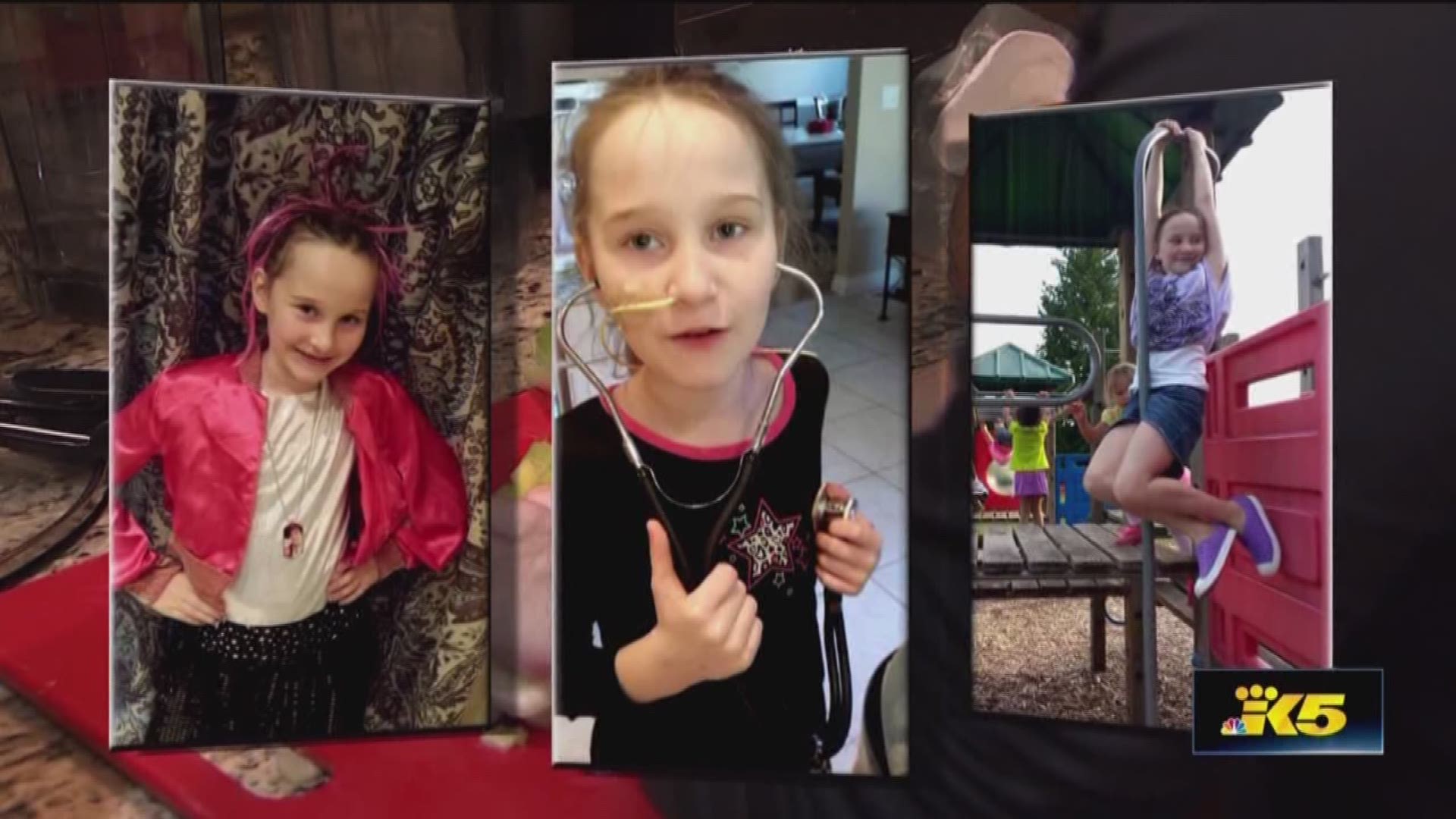 Preparing dinner in the Kittelson house is like cooking for a small army. With five kids and two parents, mom Nicole frequently enlists the help of her daughter Addy.

It's especially important for Addy to learn about cooking - she is on a special diet for the rest of her life. Three years ago Addy was unable to eat much of anything at all.

“As she got sicker and sicker. Her eyes turned gray, her skin turned gray, and her hair started becoming very brittle. She was needing to take a nap like 10 times a day, and I knew something wasn't right,” said Nicole Kittleson, Addy’s mother.

Doctor's at Seattle Children's discovered what was wrong. Addy had Crohn's disease attacking her body from her mouth all the way down through her intestinal track.

“I didn't know what the difference was and so I was confused because I've never heard of it,” said Addy.

Crohn's disease is a subtype of inflammatory bowel disease, which includes ulcerative colitis. Seattle Children's Doctor David Suskind was one of the first to treat Addy. He says IBD is an autoimmune disease which means the body is essentially attacking itself.

“What we think is happening in inflammatory bowel disease is that there's been a shift of the type of bacteria people have and instead of having bacteria that are helping us we are having bacteria that trigger the immune system,” said Dr. David Suskind, Seattle Children’s Director of Clinical Affairs.

Traditional treatments for IBD rely on medications, some of which can carry significant side-effects like cancer.

So Dr. Suskind began to look for an alternative, through dietary therapy and the effects of a specific carbohydrate diet or SCD.

With dietary therapy we are changing the microbiome or the bacteria within the G.I. tract,” said Dr. Suskind.

Dr. Suskind's research on dietary therapy and its effects on IBD have recently been published in the Journal of Clinical Gastroenterology. The study involved 12 patients, ages 10 to 17 years old.

The premise of the specific carbohydrate diet is relatively simple: a well- rounded diet removing those things that can irritate the bowels. Avoiding those processed foods is so important for the diet that Addy's mom now calls herself a label reading ninja, spotting any ingredients that could harm her daughter.

“Pretty much if you can't read it, she can't have it,” she said.

Hoping her daughter will never have to take medication, she's teaching Addy how to maintain the diet on her own - a skill to save her life.

“For her to have that strength to keep herself healthy and in remission without relying on medication, I feel like that's the greatest gift I can give her," said Kittleson.

Dr. Suskind has written a book called “Nutrition in Immune Balance," which contains food and recipe tips. His entire program is available online at nimbal.org.