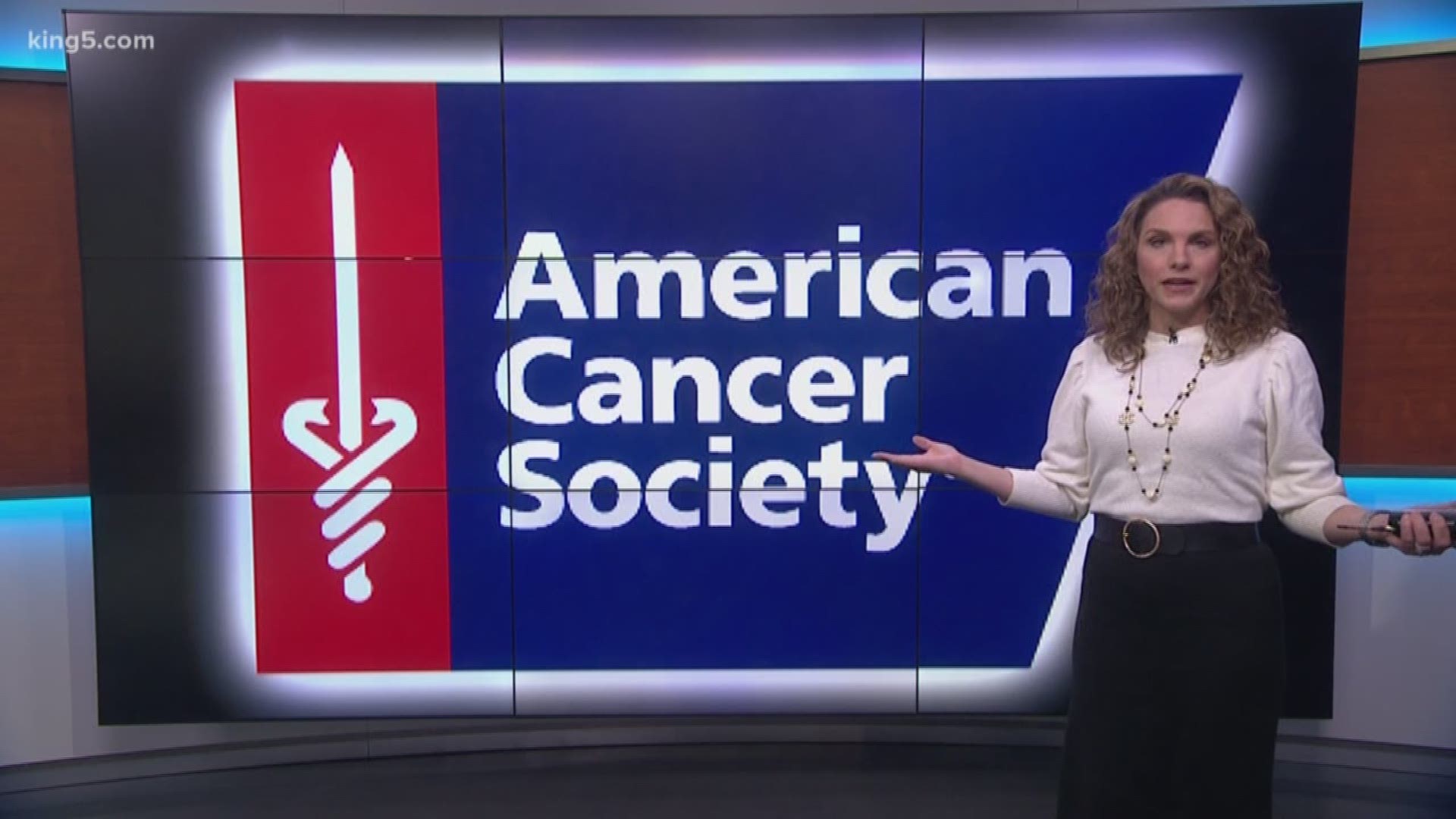 SEATTLE — The American Cancer Society recently announced that it's seen the sharpest decline in cancer rates ever.

Advances in treatment and early detection have saved 2.9 million lives according to the ACS. Lung cancer, which is a leading cause of cancer death, is on the decline because of new treatments and fewer people smoking.

"The primary new finding is documenting the continued decline in overall cancer mortality rates in the U.S.

This is a well-established trend that began in 1991 and reflects the successful implementation of a broad range of research advances including prevention, early detection, and treatment. In particular, the report shows declines in lung cancer and melanoma mortality rates are the biggest positives, though rates also continue to decline for breast and colorectal cancer.

For patients specifically, it proves they are surviving longer, but the impact of these improvements varies quite a bit by cancer type and for some cancers, we have made essentially no progress in reducing mortality rates.

Much of the decline in mortality rates is credited to efforts around reduce smoking, but there is some suggestion here that immunotherapies are likely contributing to these trends given the efficacy of immunotherapies in treating lung cancer and melanoma in particular.

Moving forward, increases in obesity-associated cancers (e.g., liver and pancreas) are particularly worrisome, given the national trends in obesity across the lifespan.

The other set of troublesome trend is persistent disparities in cancer outcomes by race/ethnicity. This report focuses on black-white differences and shows persistent gaps in survival rates, both overall and within specific stages of disease, for almost all cancers."

So how does Washington state look moving forward? According to the same ACS report, more than 36,000 new cases of cancer are predicted in Washington for 2020.

Early diagnosis is key to fighting cancer so listen to your body and talk to your doctor about any concerns.