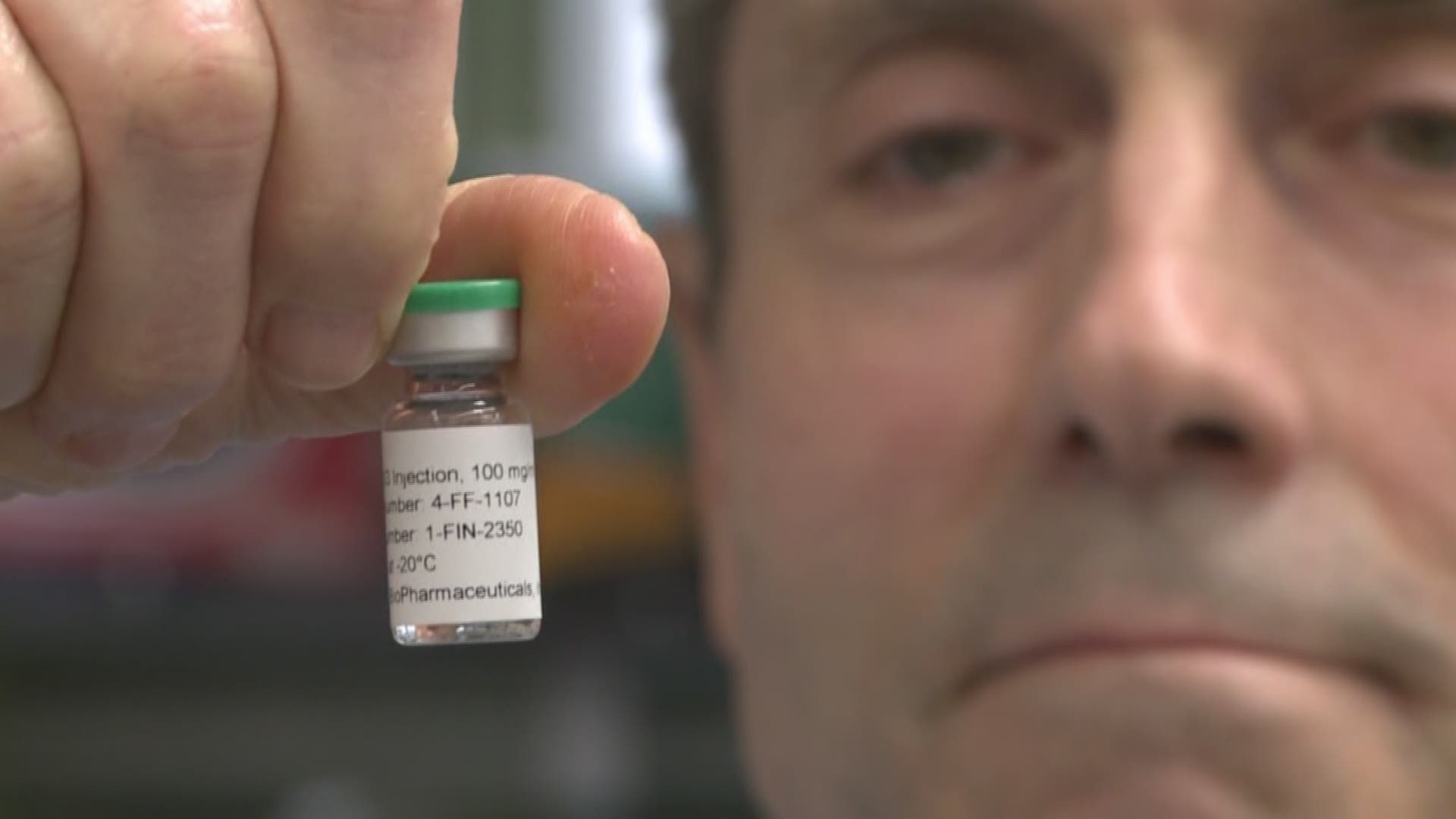 For a migraine sufferer, the disease is much more than a headache. Reported symptoms are so severe that those afflicted simply shut down and go into isolation.

Bothell-based Alder Biopharmaceutical has developed a new weapon and a different approach to give people back their lives.

There are over 33 million people suffering from migraines in this country alone; that’s about one in eight people.

Most victims are young women, and depending on the severity it’s common for patients' careers and family life to suffer.

“Unfortunately they retreat to their rooms and spend the day with migraines in dark rooms away from sound until that migraine goes away,” said Randy Schatzman, president of Alder Biopharmaceuticals.

“I now have between three and five migraines a week. A migraine day for me, you could start your day off feeling perfectly normal and make plans and start to go do something and being completely body slammed with pain,” said Leilani Ash, who participated in the drug's trial.

“It makes you feel like your brain or head is about to explode. It’s absolutely atrocious,” said Eric Peddy of Everett.

Treatment for migraines vary, but the standard has been to treat it like a house fire. Once it starts, you do your best to put it out.

“The quality of life for people with migraine headaches is still very poor. They’re not able to function, they're not able to have a family life, personal life. It’s a very severe form of illness. People tend to underestimate its significance,” said Dr. Arif Khan, medical director of the Northwest Clinical Research Center.

Standing by while a loved one suffers is a catalyst for Alder Biopharmaceuticals President Randy Schatzman. He’s focused his company’s resources on developing the newly named drug, Eptinezumab, that prevents migraines before they happen.

”It’s personal for me, because I have a family member who experiences this multiple times each month. This isn’t a disease of just one or two times per month. Many patients have 16, 17, 18 migraine days that they suffer every month,” said Schatzman.

That amount of suffering and loss of productivity inspired the Alder Bio-Pharmaceutical team to try a new approach. Prevention.

“We’re taking a prevention strategy, were putting a long-acting, safe agent on board for the patient, a single dose of drug will last over three months and what we would do is prevent the initiation of that migraine from the get-go,” said Schatzman.

The drug is currently in the last phase of development. 2,000 patients will be treated, many at the Northwest Clinical Research Center in Bellevue. Unlike most migraine drugs, the Alder drug has to be administered intravenously.

“The IV infusion is a simple office visit, takes about 30 minutes and you would only need to do that about four times per year. We find that’s very important to patients who just don’t want to inject themselves,” said Schatzman.

Study patients' response to the drug is promising.

“I literally woke up, days on end for about twelve weeks with no pain. And the first several days that I woke up with no pain, I cried. Because I could get up and I could do something I could be reliable. I could go to dinner with my kids, and I could play with my grandkids,” said Ash.

“People would prefer to be completely migraine free, and for some that will be the case, but for others, there will be a major decrease in the number of migraines they do suffer each month,” said Schatzman.

“I think that it should be fast-tracked by the FDA and hopefully we’ll have it on the market in the next two to three years,” said Khan.

“The drug itself is everything we want it to be; the drug dosage is about how to dose it and which patients should receive it. And that’s what we’re in the process of doing right now,” said Schatzman.

Northwest Clinical Research is currently recruiting migraine patient volunteers for the Phase 3 clinical trials. For more information go to nwstudies.com to learn more and sign up.