Since 2014, the number of various STD's have increased by 34 percent, according to Austin Public Health. 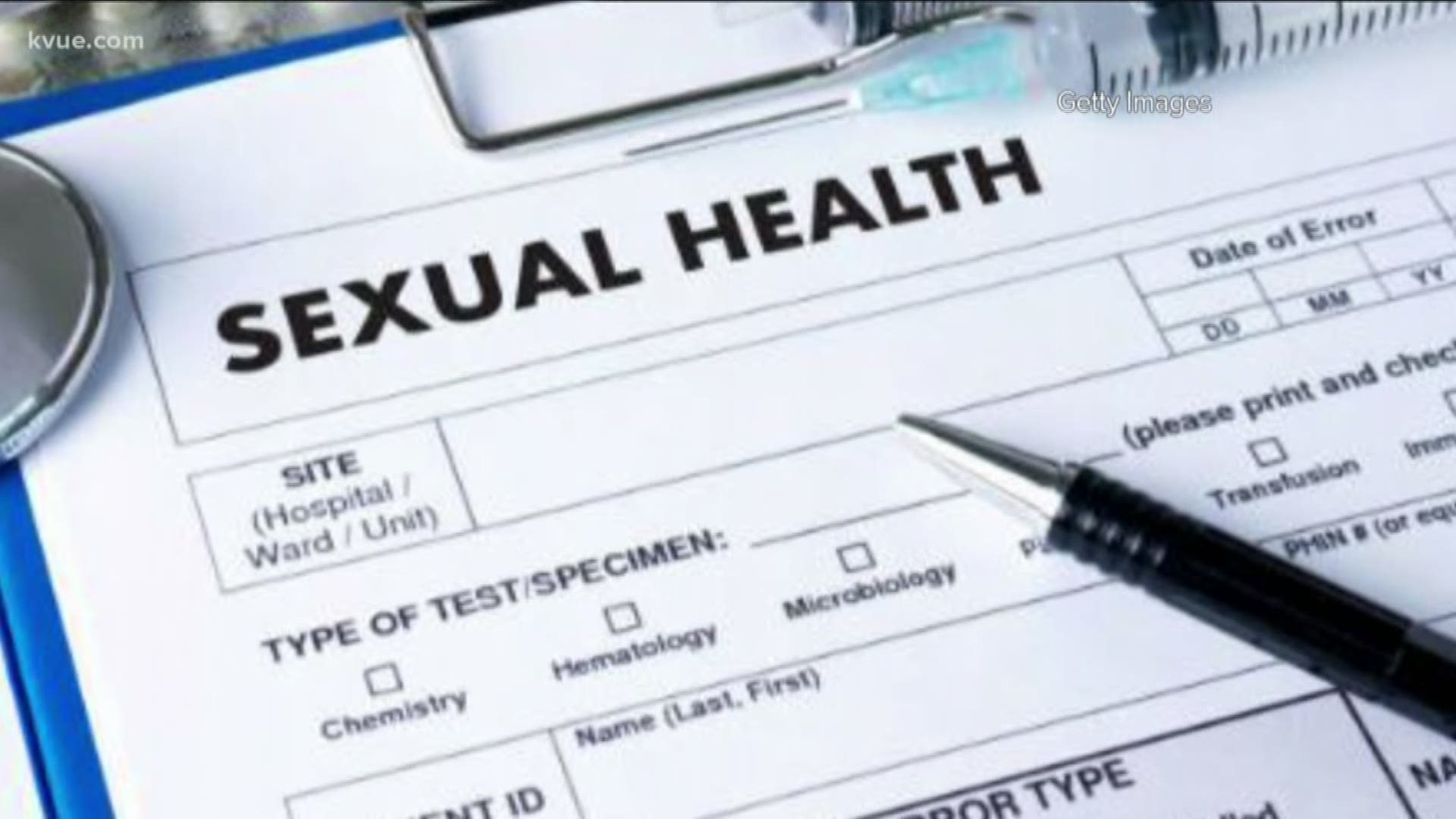 AUSTIN, Texas — Austin Public Health is warning people who are sexually active to use protection and get tested regularly.

A new report by the Centers for Disease Control and Prevention released on Tuesday found an increase in three common sexually transmitted infections across the U.S between 2017 to 2018. Those STDs or STIs include:

"The increase we are seeing in sexually transmitted diseases in Austin and Travis County is outpacing the population growth," said Escott.

Since 2014, Escott said the combined total of STIs in Travis County has increased by 34%.

While the number of chlamydia, gonorrhea and congenital syphilis cases in Travis County increased between 2017 to 2018, the number of primary/secondary syphilis and HIV cases decreased.

Many of the individuals contracting the infections are between the ages of 15 and 24, according to Escott. Gonorrhea and chlamydia are 4 to 5% more prevalent in African Americans, he added.

The CDC report stated that any increases are, in part, due to more people getting tested.

Escott also attributed the cause to a decrease in spending on public health efforts in the U.S., in addition to fewer people using protection.

However, treating cases of STI's is inexpensive, quick and can prevent the infection from spreading, he added.

"Treating sexually transmitted diseases is easy, cheap and it's often a single dose of antibiotics that will cure it," he said.

RELATED: Austin Public Health busier than ever as STDs continue to rise

They also have multiple clinics across the city. Escott said more than 12,000 people use the clinic every year and appointments cost up to $20.

"We can never rest because the job is never done, and when we withdraw resources from those things where we have seen success, then we see it come back again," he said.

In 2018, Austin became a Fast Track city, an international concerted effort to address and eradicate HIV in the community.