Three-in-ten Americans have at least one tattoo but what if a temporary tattoo could save lives. A new wearable device is hoping to do just that. 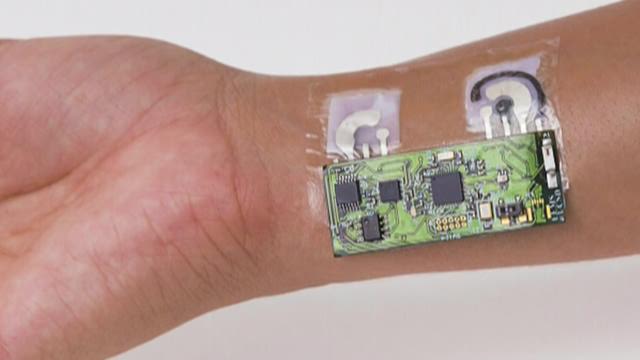 A tattoo of sorts could soon tell you if you're too intoxicated to drive.

Nano-engineers and computer engineers from University of California at San Diego got together to come up with a small device that can detect and send alcohol levels to your smartphone. The wearable tattoo, when placed on the skin, detects alcohol levels in your sweat.

Its designers hope it could reduce unsafe drinking that can lead to overdose, drunk driving, and violence.

Developed with a grant from the National Institute of Biomedical Imaging and Bioengineering, engineers created a biosensor patch that basically has two components. The first releases a chemical that gets your body to sweat. The other uses electrical currents to measure alcohol levels in your body. Bluetooth technology then sends that information to a device.

Detecting alcohol in sweat has been attempted before but those technologies would take hours to measure alcohol levels. This new technology claims to send that information to your smartphone in minutes.

Designers of the monitor say because the patch is non-invasive and can be hidden under a sleeve, people won't need beer goggles to see its usefulness. The technology is not available for the public yet. UCSD is still working on making the app more user-friendly. There are other more complicated steps that also must be taken before this technology becomes a commercial product.