Acupuncture could help relieve some of the most devastating side effects of traditional cancer treatment. 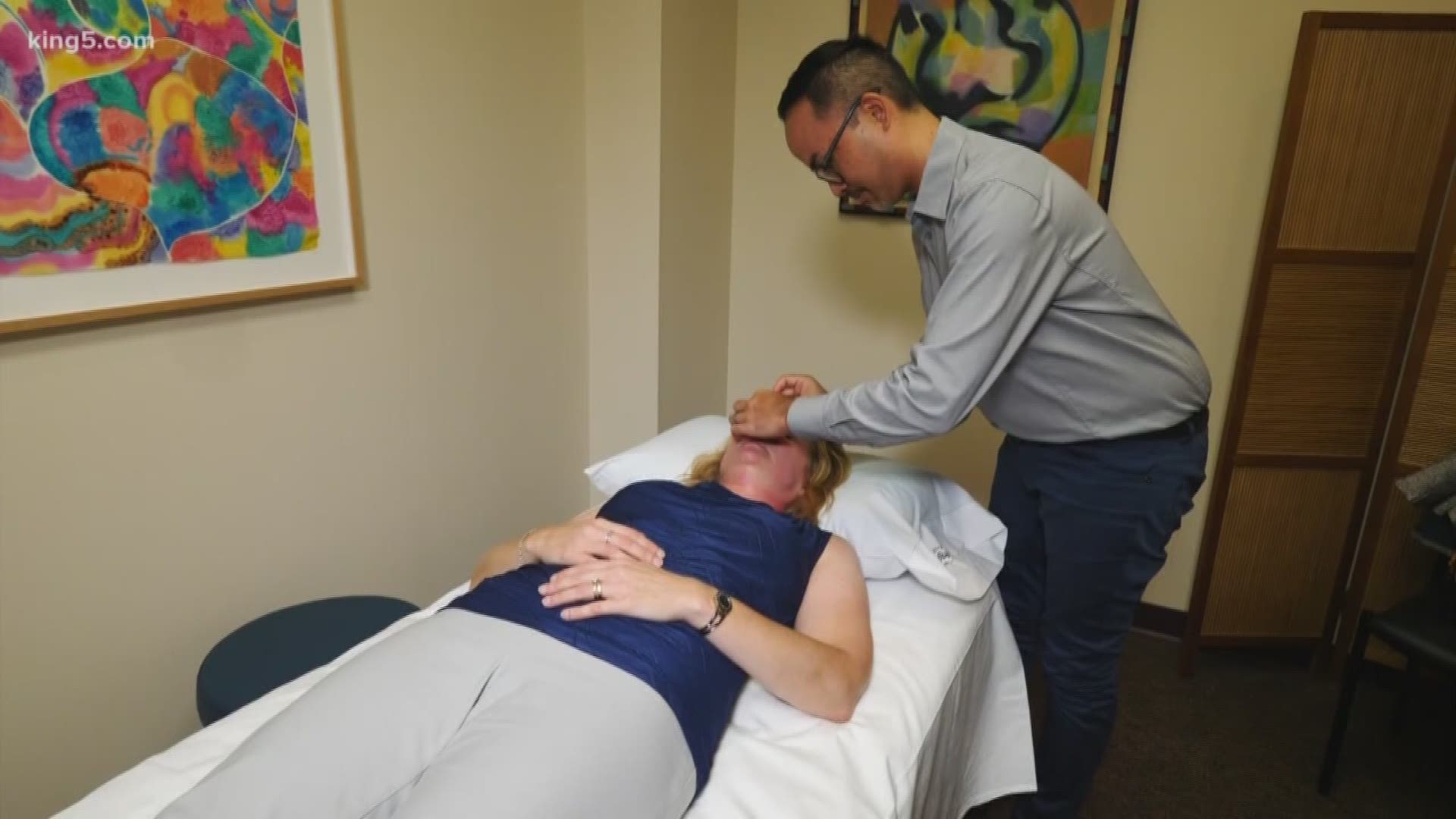 Cancer often makes you feel like you have little control over your health, but many patients are finding acupuncture helps.

The American Cancer Society says it’s a safe, effective way to relieve some of the most devastating side effects of traditional cancer treatment.

At 32, Kim Buettner had her whole life planned.

“I knew when I wanted to get married. I knew how long I was going to live in an apartment before we moved to a bigger house. I knew when we were going to have children. I had it all figured out,” said Buettner.

But she hadn’t figured on stage three breast cancer.

“I had a double mastectomy," Buettner said. "I had chemotherapy, radiation and I went through genetic testing as well.”

The aggressive treatment came with serious long-term side effects.

“I tried a lot of the other options that they gave me, but it just wasn’t working. So, one of the treatment suggestions they provided was acupuncture,” said Buettner.

She started with weekly treatments and continues it now once every three weeks. Acupuncturist Liem Quang Le, DAOM, at the H. Lee Moffitt Cancer Center believes it stimulates the body’s natural ability to heal itself.

“I am able to help reduce the side effects that they go through from the fatigue, the body aches, nausea, and vomiting,” said Quang Le.

It’s been used for thousands of years as part of traditional Chinese medicine. While it’s no cure, it gives patients a natural way to cope with often-times toxic treatments.

“They just have a better sense of well-being. They’re able to thrive through the treatment a lot stronger,” Quang Le said.

The needles are strategically placed, triggering nerves to ease the pain.

“It sends a signal up to the brain and the brain secretes out opioids, a natural painkiller. Or endorphins," Quang Le said. "It helps shifts your mood or relaxes you.”

“I know that it’s making a difference,” said Buettner.

The needles used in acupuncture are tiny, smaller than the ones to give blood. It’s safe for all ages and can also help loss of appetite, depression, fatigue, and anxiety. Check with your healthcare provider to see if it’s covered by insurance.