Kitsap Public Health District has issued a no-contact advisory for Sinclair Inlet and the head of Port Washington Narrows, up to Lions Park, until Aug. 21. 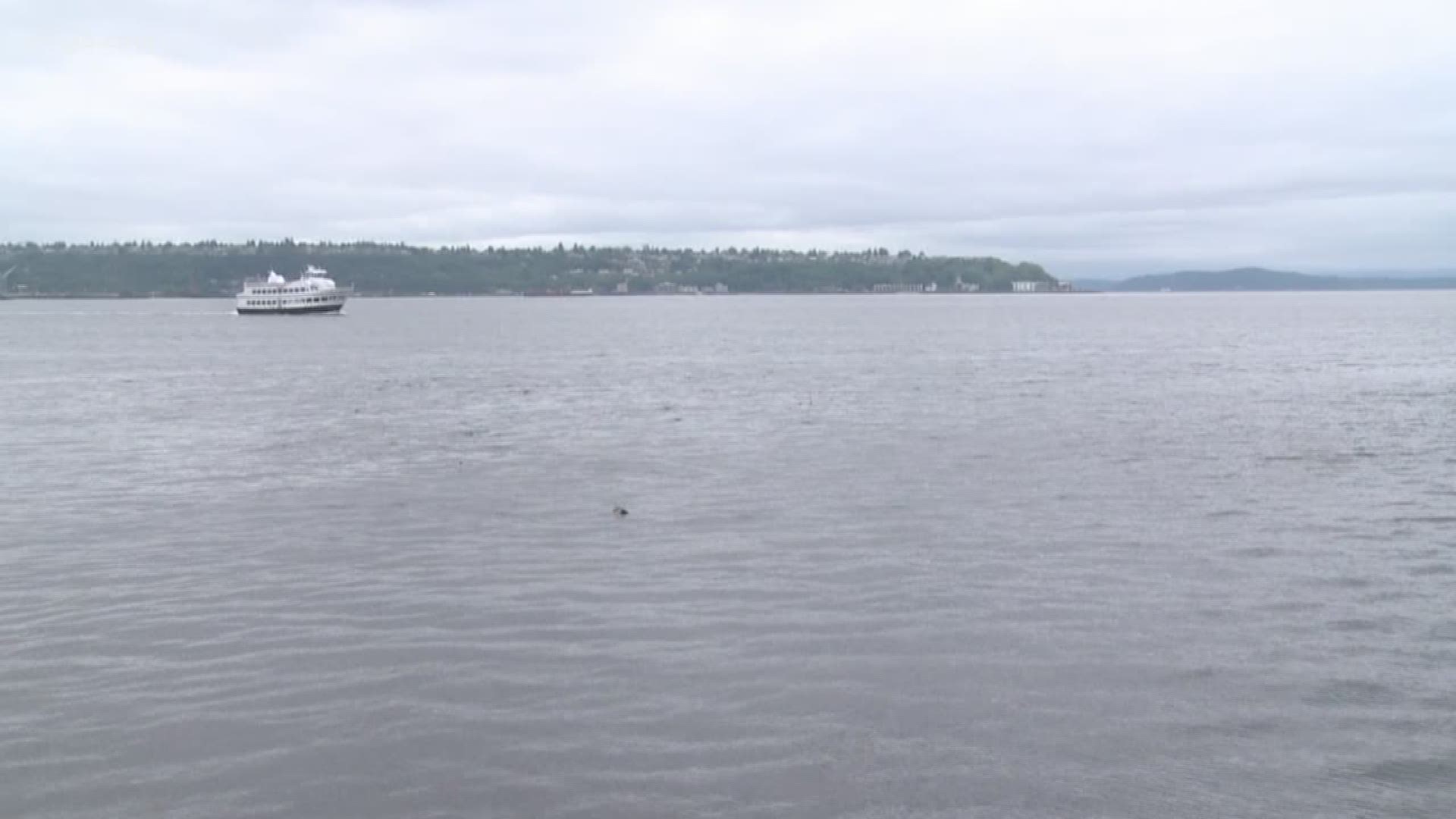 A blocked sewer line at Naval Base Kitsap-Bremerton resulted in an estimated 80,000 gallons of wastewater spilling into Sinclair Inlet during the past two weeks.

The Navy discovered the spill on Aug. 10 after receiving reports of a "sewage-like" odor near the stormwater outfall at Sinclair Inlet and near the Navy Exchange at NBK-Bremerton, said Naval Base Kitsap spokesman Jake Chappelle.

Upon investigation of that smell, Navy public works technicians determined a blockage in one of the main sewer lines had redirected wastewater into a stormwater vault that overflowed into the outfall near Puget Sound Naval Shipyard.

Technicians were able to stop the spill on Monday after clearing the blockage from the sewer line and taking further preventative actions, Chappelle said.

Navy public works engineers estimated most of the spill contained wastewater from a laundry facility near the stormwater vault with a "minor portion from other matter."

"As with all potential environmental and health concerns, the Navy remains committed to enhancing and conserving the environment by working with our agency partners, including Washington Department of Natural Resources and Kitsap Public Health District," Chappelle said.

As a result, health officials issued a week-long no-contact advisory through Aug. 21 for the waters of Sinclair Inlet and the head of the Port Washington Narrows, just up until Lions Park.

Health officials recommend people avoid swimming, wading and other types of water recreation in areas where contaminated water could be swallowed or come into contact with the mouth, nose or eyes until the advisory is longer in effect.

"The concern with sewage is that it contains pathogens, organisms or materials that can be harmful to human health," said John Keiss, environmental health director for Kitsap Public Health District. "Bacteria and viruses exist as parts of those pathogens, and when released to the environment, the concern is that individuals can come into contact with contaminated water, through an open wound or by accidentally ingesting some water."

If someone comes into contact with potentially contaminated water, Keiss said to make sure to wash off the area and practice good hygiene going forward.

Even with the large estimated amount of wastewater released into Sinclair Inlet, Keiss said that doesn't necessarily mean it's all just floating around in the water out there.

"Sewage attenuates quickly," Keiss said. "80,000 gallons is not a small amount, but as you move away from the source of the spill, the bacteria and virus dissipate."

Although the Kitsap Public Health District's notice initially identified Puget Sound Naval Shipyard as the source of the spill, PSNS spokesman J.C. Mathews said Wednesday morning the spill actually originated from Naval Base Kitsap-Bremerton rather than from the shipyard.

Navy officials were unavailable for comment Tuesday afternoon after the notice had been sent out.

Keiss said the report health officials received Tuesday afternoon seemed to indicate the spill originated from the shipyard, however there was some confusion about exactly where the spill came from because of the "common vernacular" with the Navy presence along the waterfront.

The shipyard is the largest of many tenant commands located on the Navy base along Bremerton's waterfront.

"Public understanding is that the shipyard is just the whole place, but it's not really like that," he said, noting that the health district released a corrected notice Wednesday morning. "We didn't want to confuse that."

Naval Base Kitsap installations across the county have been the source for a number of sewage spills into Puget Sound waterways this year.

Later that month, an 84,000-gallon sewage spill originating from Naval Base Kitsap-Bangor prompted the recall of 2,000 oysters harvested at a tribal shellfish farm in Dyes Inlet.

In February, an open valve allowed 1,000 gallons of sewage to spill out of a holding tank into a utility area at Puget Sound Naval Shipyards' Dry Dock 6, which then flowed through a drainage pipe and into the inlet.

Even with the number recent of incidents and the volume of spilled sewage, Keiss said the Navy's accidents hadn't reached an "unheard of" level.

"One thing I will say is kudos to the Navy for doing a better job of reporting," Keiss said. "Many years ago we didn't know about these things. They're telling people when they have these accidents and making sure people are aware of them."

Naval Base Kitsap's sewage systems operate under permits from the Environmental Protection Agency. At this point, with the limited amount of available information, EPA spokeswoman Suzanne Skadowski said the Navy has complied with the permits' requirement to notify the agency of a spill. They are not facing any penalties or disciplinary action for this incident.

"We're just waiting to hear more at this point," she said.

This story has been updated to identify the source of the spill as Naval Base Kitsap-Bremerton, not Puget Sound Naval Shipyard.