20,000 elderly or disabled residents could lose funding due to Washington state budget shortfall

Department of Social and Health Services has been told to examine what a 15% cut would look like. For thousands of Washingtonians, it's dire. 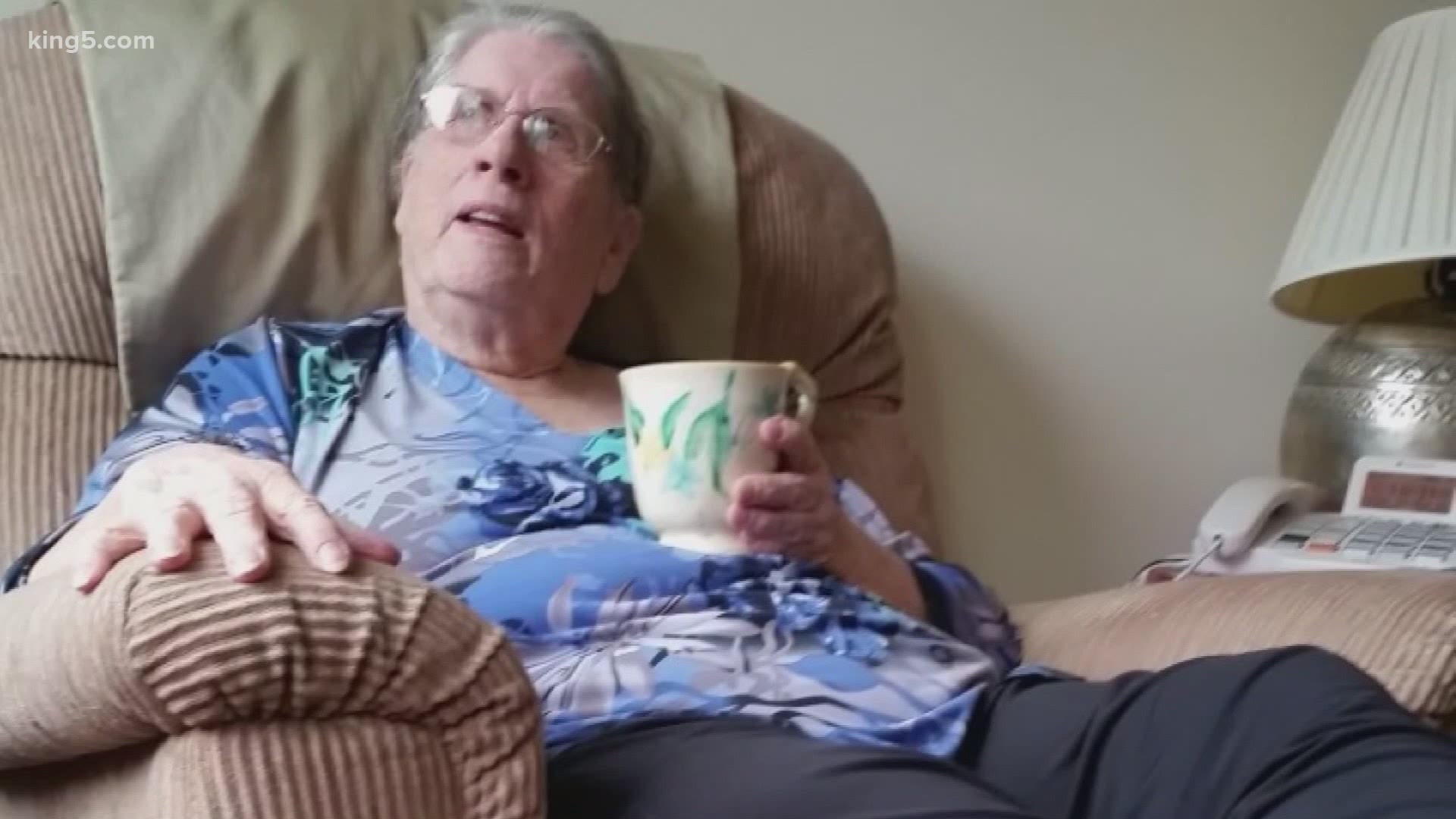 MOUNTLAKE TERRACE, Wash — Mary Spears has lived her life helping others. She made a career out of relief work, helping people in developing nations. At 83, she's now in need of help herself.

Spears lives in assisted living at Vineyard Park of Mountlake Terrace and exhausted her life savings paying for it.

Spears has weathered COVID-19, but another threat looms on the horizon.

A projected $9 billion dollar state budget shortfall over the next two years is forcing the Department of Social and Health Services (DSHS) to make some impossible decisions.

The state has asked DSHS, and all other state agencies, to see what a 15% cut would look like.

To DSHS, that would mean more than $1 billion in losses to 20,000 of Washington state's most vulnerable people, including Spears.

About 12,000 elderly and long-term care recipients, along with more than 8,000 developmentally disabled people, would lose all state support.

"It just feels like having the rug pulled out from under us," said Spears' daughter Sandra Brown-Potter, wiping away tears. "For years, we planned for how she would be taken care of, and to have this happen... we have no Plan B."

Spears is legally blind, uses a walker and has a heart condition.

Brown-Potter works full-time and can't give her mom the care she needs.

"I just don't know. I'll be honest with you," Brown-Potter said. "If this passes, I don't know what we're gonna do. I really don't. It's very frightening to me."

DSHS spokesman Chris Wright concedes the cuts "could have a huge effect on a large portion of the population of the state."

He stresses, however, looking at the "worst case scenario" is the first step in a long budget process in Olympia.

Last month, the state came back with a less dismal financial forecast of a $4.6 billion hole, about half the original prediction.

Even so, Wright said there is no "best case scenario" here.

"We're just hoping revenues can improve and we can avoid causing these clients and people at these facilities any more pain and suffering."

It's pain and suffering Brown-Potter fears may be inevitable.

"It is a very helpless situation," she said. "You can affect the things you can affect. After that, you have to cross your fingers and hope for the best."