Hate crimes on the rise in King County, prosecutors say 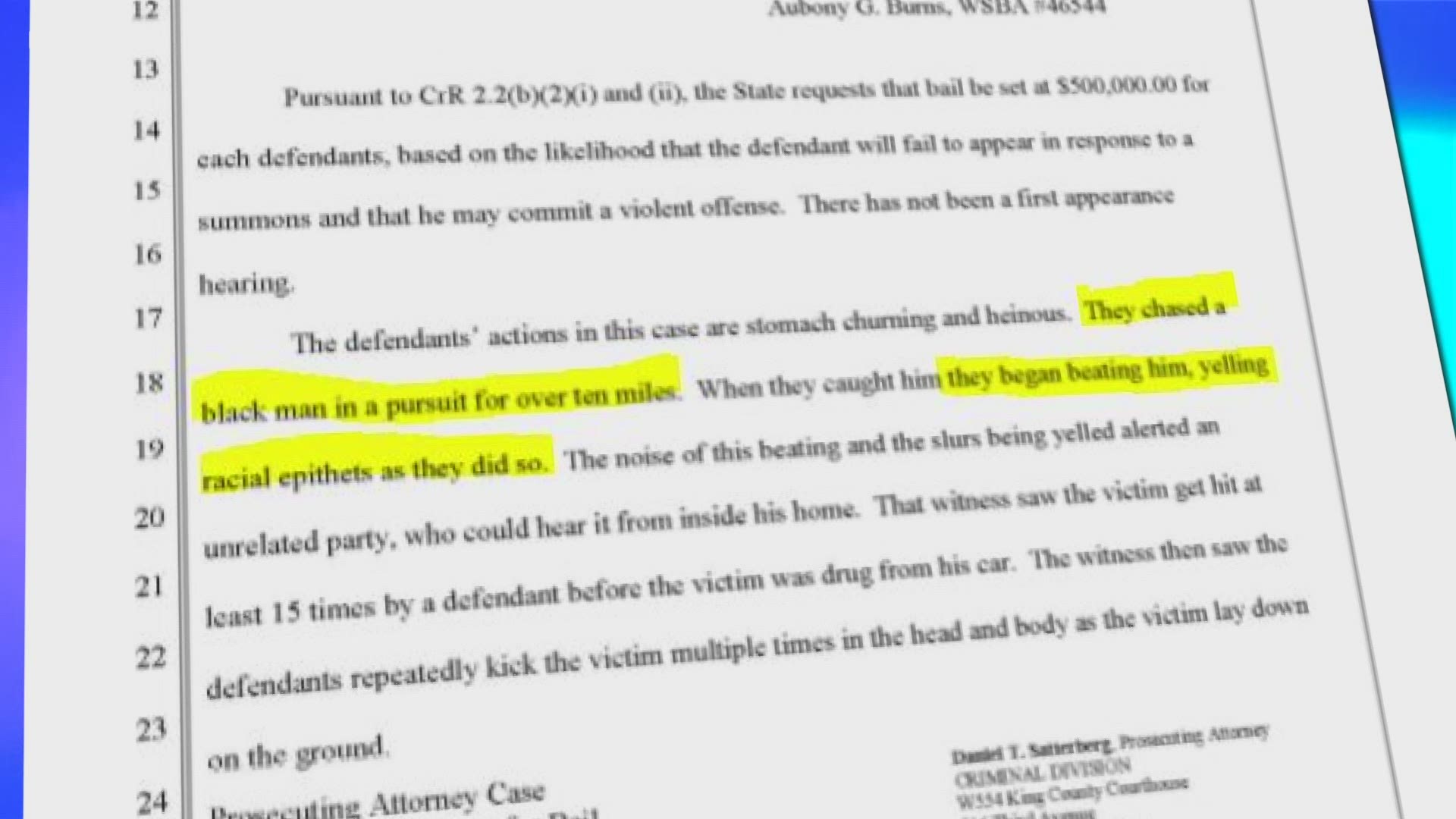 SEATTLE — In 2018, there were 30 hate crime cases reported, according to the King County Prosecuting Attorney's Office. The following year, there were 38 cases reported countywide. So far this year, prosecutors have received 51 cases.

One of those cases happened last month in Federal Way. Police say two white men chased a Black man in a vehicle pursuit for over 10 miles. The defendants accused the man of a hit and run, and when they caught him, they began beating him and yelling racial epithets, according to police. The man had to be hospitalized

"By far the most common victims for hate crimes in Seattle are African Americans and gay men," said David Bannick.

Bannick and Leandra Craft are the deputy prosecuting attorneys who focus on hate crime cases for King County.

The pandemic has even contributed to the rise in hate crimes in King County, they said.

"Due to COVID, we have seen hate crimes cases come in against Asian Americans," Craft said.

Overall, an increase is being seen nationwide. The FBI reports that hate crimes in the United States have reached the highest level in more than a decade.

Data from the U.S. Department of Justice shows that Washington state had over 500 cases in 2018. Only three other states reported more crimes motivated by hate.

Washington passed a bill last year which changed the legal name of the crime from malicious harassment to hate crime.

"It sounds like a little thing, but to me it's a very big thing just to be able to communicate to victims, to judges, to attorneys, to the community. Call these crimes what they actually are," Bannick said.

Bannick also says Seattle police created a bias crime unit with a detective dedicated to those cases. But not all departments have such a system in place.

"There's likely dozens of hate crimes that go unreported, or do not ever make it to us," Bannick said.