The governor cut hundreds of millions of dollars over the next three years due to the drop in revenue from the economic fallout of the coronavirus pandemic. 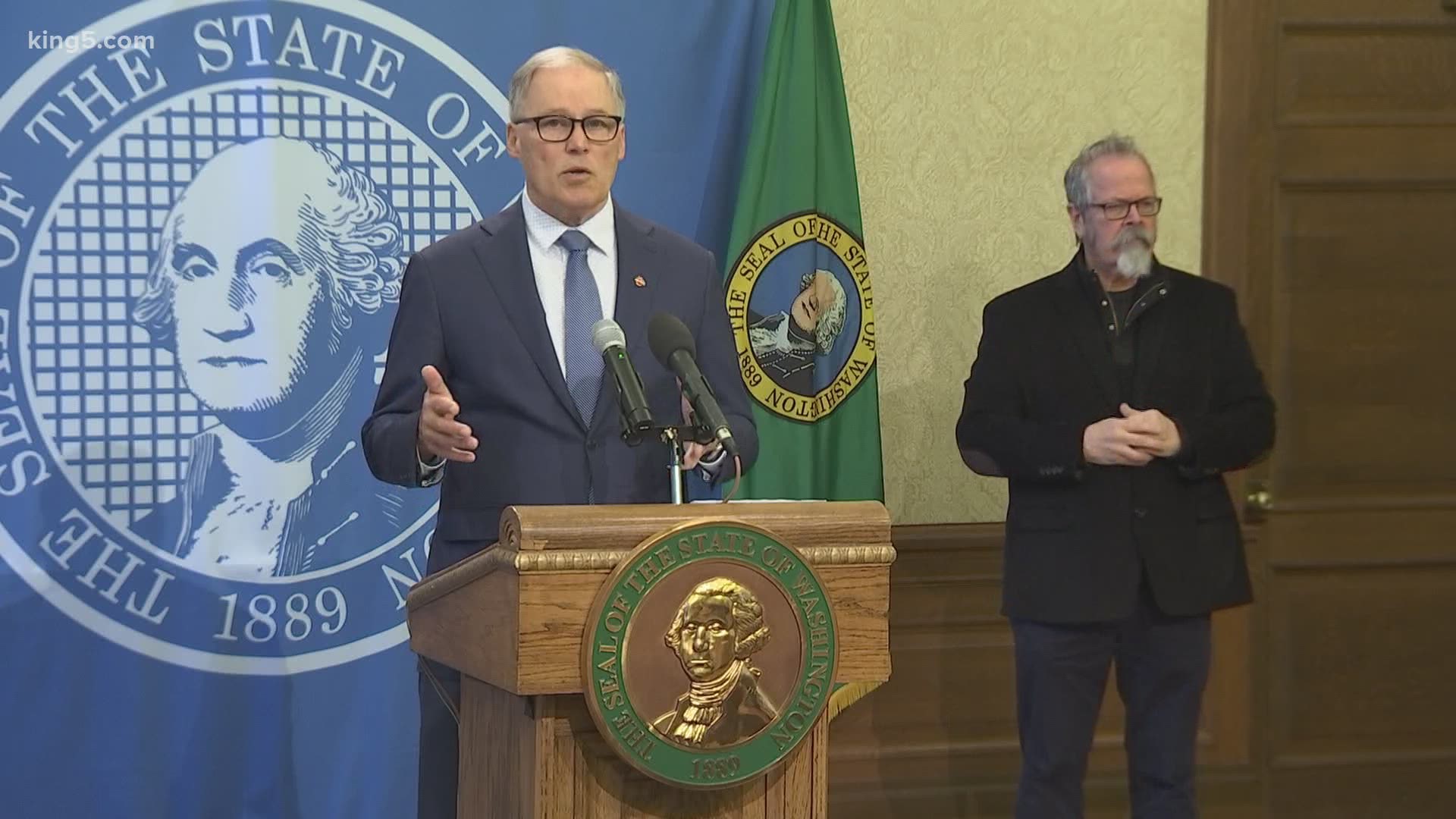 OLYMPIA, Wash. — Gov. Jay Inslee cut millions from the state budget over the next three years, as state revenue is expected to dip in the wake of of the coronavirus pandemic.

“Under normal circumstances I would not veto bills that are good policy and smart investments over time, but simply put these are not normal times,” Inslee said.

The cuts made on Friday were to new programs, Inslee said, leaving the state's existing programs to continue. However, state officials did not rule out future cuts.

"The decline will be likely be at least as bad as, if not worse than, what we saw during the Great Recession,” said the governor's budget director, Michael Schumacher.

Inslee cut 147 new items from the state budget, which reduced spending by $445 million from general fund over the next three years. About $210 million would be saved in the next biennium.

“We cannot sleepwalk our way through this fiscal crisis that the state of Washington will be in for the months and perhaps years to come.” Inslee said.

He said some of the programs cut were ones he supported, including:

“I want people to know I share the pain of those decisions,” Inslee said.

Many sectors of the state's economy are at a standstill due to stay-at-home orders aimed at reducing contact between people.

Reducing person-to-person contact is one way that public health agencies and governments are trying to curb the spread of the novel coronavirus that causes the respiratory disease COVID-19.

The state's stay at home order is in place through May 4.

Inslee also preserved $175 million in construction projects throughout the state. Projects included seismic retrofitting of state structures, construction for new youth rehabilitation facilities, orca protection projects and others. He did not cut anything from that construction bill approved by the legislature earlier this year.

"This budget eventually helps us restart construction projects that I paused due to our Stay Home, Stay Healthy order. We want to put Washingtonians back to work as soon as they can," he said.