The report details the women’s interactions with Sondland prior to him becoming an ambassador. The three women in the report are from the Portland area. 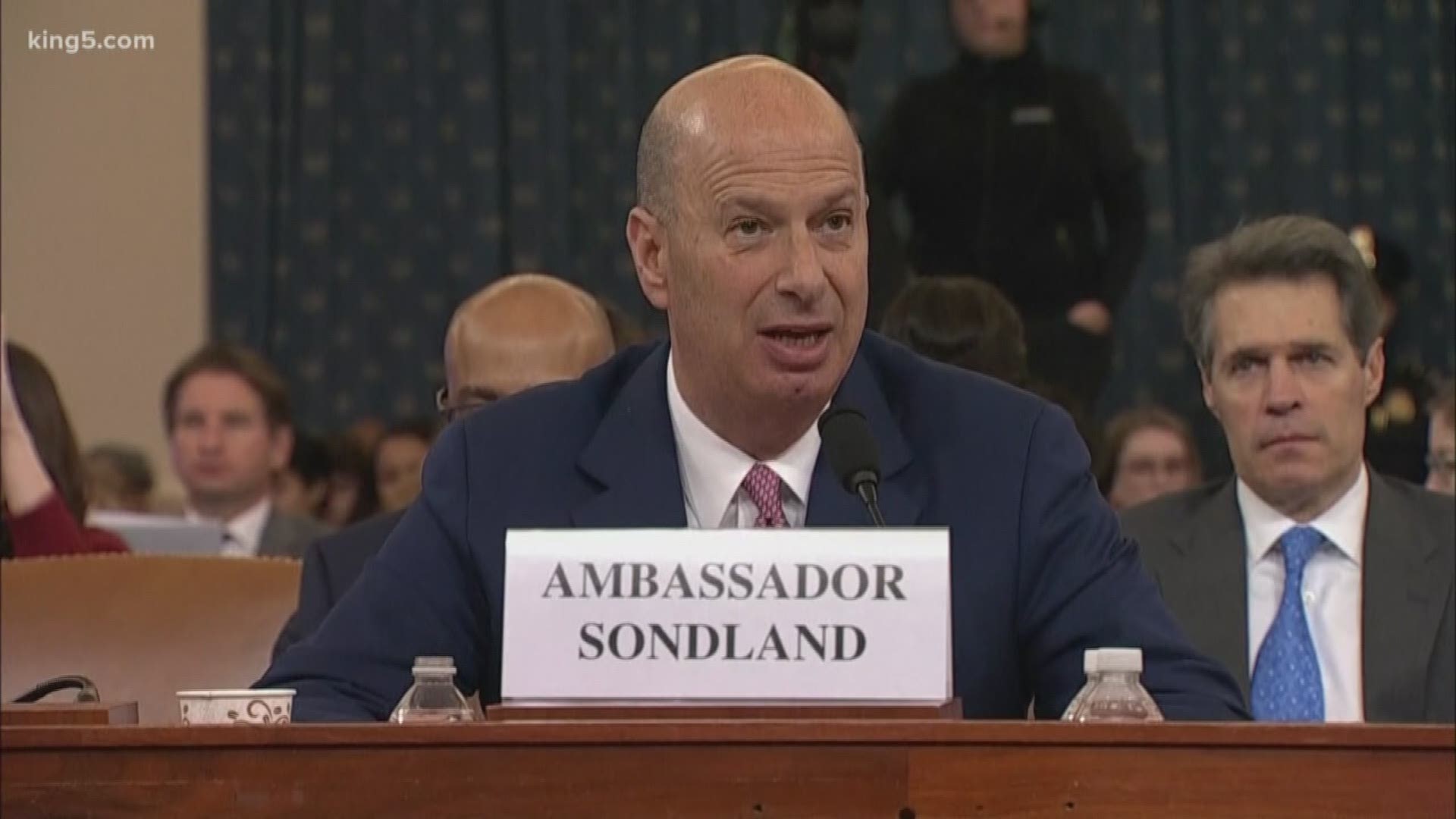 PORTLAND, Ore. — Three women have accused Gordon Sondland, the Portland hotelier and US ambassador who has gained national notoriety during the impeachment inquiry into President Donald Trump, of sexual misconduct.

The report, co-published by ProPublica and Portland Monthly Magazine, details the women’s interactions with Sondland prior to him becoming the U.S. ambassador for the European Union. The women said Sondland made sexual advances on them, which they rejected. Following each incident, the women said Sondland retaliated against them professionally.

In a statement to ProPublica and Portland Monthly, Sondland denied the allegations.

“In decades of my career in business and civic affairs, my conduct can be affirmed by hundreds of employees and colleagues with whom I have worked in countless circumstances,” Sondland said in a statement. “These untrue claims of unwanted touching and kissing are concocted and, I believe, coordinated for political purposes. They have no basis in fact, and I categorically deny them.”

Click here to read a full statement from Sondland

One of the accusers is Nicole Vogel, the owner of Portland Monthly Magazine. According to the report, Vogel said she met Sondland in 2003 because he was a potential investor in the magazine. After having dinner together to discuss business, Vogel said Sondland proposed they go across the street so she could see one of his hotels. After they entered a room, Vogel said Sondland tried to kiss her and she rejected his unwanted advance. Following the encounter, Sondland decided not to invest in the magazine.

Another woman said Sondland exposed himself during a business interaction at his home in Portland’s West Hills.

A third woman, Natalie Sept, was working on Portland City Council member Nick Fish’s re-election campaign. After he won re-election in 2010, Fish introduced her to Sondland and explained to the hotelier that Sept was an exceptional professional.

During subsequent interactions, including a dinner, Sondland and Sept discussed the possibility of a state film commission job, an organization for which Sondland was the chair. After dinner, Sept said Sondland tried to kiss her. She said she pushed him away, got in her car and immediately drove away.

Sept said she never heard from Sondland again about the film commission job after that night.

“Natalie Sept is my friend and former campaign manager. She worked in my office as Community Liaison. And she is a talented artist.

I have known her for almost 10 years. She is a person of complete integrity.

Recently, Ms. Sept shared details with me of her encounter with Gordon Sondland in 2010. It was the first time I learned of his inappropriate conduct towards her.

I am outraged by Mr. Sondland's pattern of inappropriate behavior towards Ms. Sept and other women. He should be held accountable for his behavior. And for these and other reasons, he should resign his position of public trust.

Based on what I now know about Mr. Sondland - personally and professionally - I regret that I accepted $1,500 in personal campaign contributions from him in 2008-2009.

I have donated $1,500 from my PAC to Call to Safety, formerly known as Portland Women's Crisis Line, a non-profit I used to represent. Call to Safety supports survivors of domestic and sexual violence.

I admire and respect Ms. Sept for sharing her story with the public. And I will support her in every way I can.”

In recent months, there have been several protests and rallies in Portland about Sondland and his connection to the five local hotels owned by Provenance Hotels, his Portland-based company.

In the Portland Monthly report, the magazine's publisher said that the magazine is no longer distributing copies to the Provenance-owned hotels.