After years of population decline, scientists in the San Juan Islands discovered a promising find: hundreds of purple and orange sea stars. 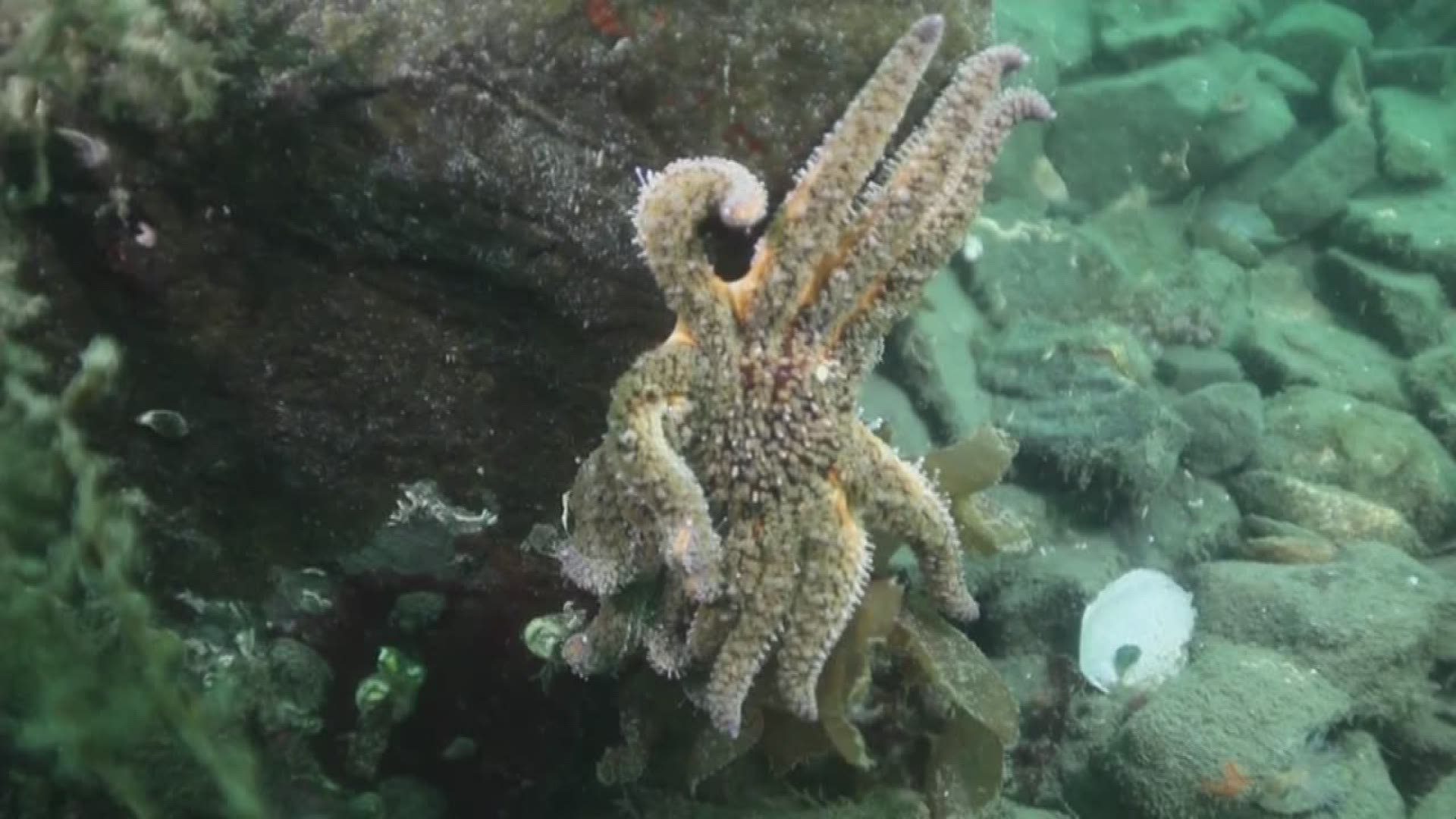 Editor's note: the above video first aired in January 2016.

After years of decline, there may be some good news for the West Coast’s sea star population. Scientists in the San Juan Islands called it the “best day ever” after finding hundreds of sea stars, KUOW first reported.

Drew Harvell, a marine ecologist, found Pisaster ochraceus, which can be purple, orange or brown in color. She remarked that the team found many orange sea stars which she said have been rare since the die-offs that started a few years ago.

A mysterious disease called Sea Star Wasting Syndrome was ugly to behold: the invertebrates’ legs would literally dissolve and melt away from their body. It affected animals all over the West Coast of the United States.

The mysterious disease could have been caused by a bacteria, virus, environmental factor or a combination of the three. Warmer ocean temperatures are thought to have played a role in accelerating the decline since the warmer water stresses the sea stars and makes them more susceptible to disease.

So, the news about the ochre sea stars is welcome. Scientists think the species may have developed a resistance to whatever caused the mysterious disease. The ochre sea star population is still at about 70 percent below pre-disease numbers.