Free Tacos? Which Taco Bell Locations Will Make Good On The Deal

The catch? There are several. The road team in the NBA finals has to win. And the location near you has to be participating.... 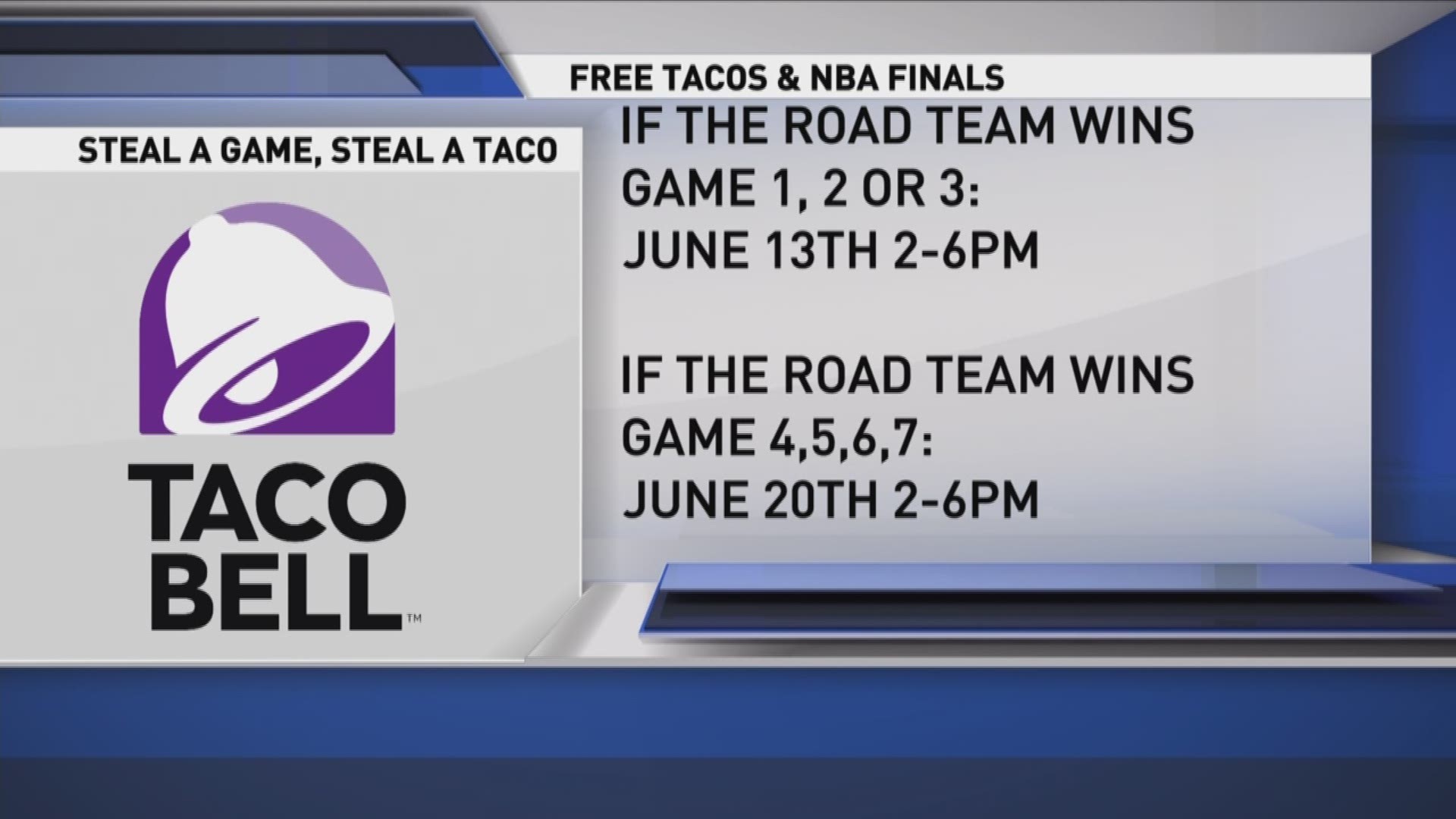 GREENSBORO, NC – They are two of my favorite words. You ready? Free food. I like those words separately, but I really like them when they're together.

Last week, a man called the Greensboro Better Business Bureau office saying he thought Taco Bell was trying to pull a fast one. He heard Taco Bell is giving away free tacos during the NBA finals---but the man said his location wasn't making good on the deal.

Here's the thing, the free food doesn't start until the games start and that's tonight. If the road team wins game 1, 2 or 3, Taco Bell is giving away one free taco per person on June 13th from 2 to 6pm.

If the road team wins games 4, 5, 6, or 7 the free tacos are giving out June 20th also from 2 until 6.
This is nationwide. The catch is, participating locations. Which ones?
We've pulled up the Greensboro locations. But there is a quick link you can use to check your area.