Four Eastside Catholic H.S. football players suspected of sexual assault in 2018; none charged with a crime

A KING 5 investigation: "Glory and Shame at Eastside Catholic" reveals the exclusive story of an alleged rape of a teenage girl with six high school boys present. 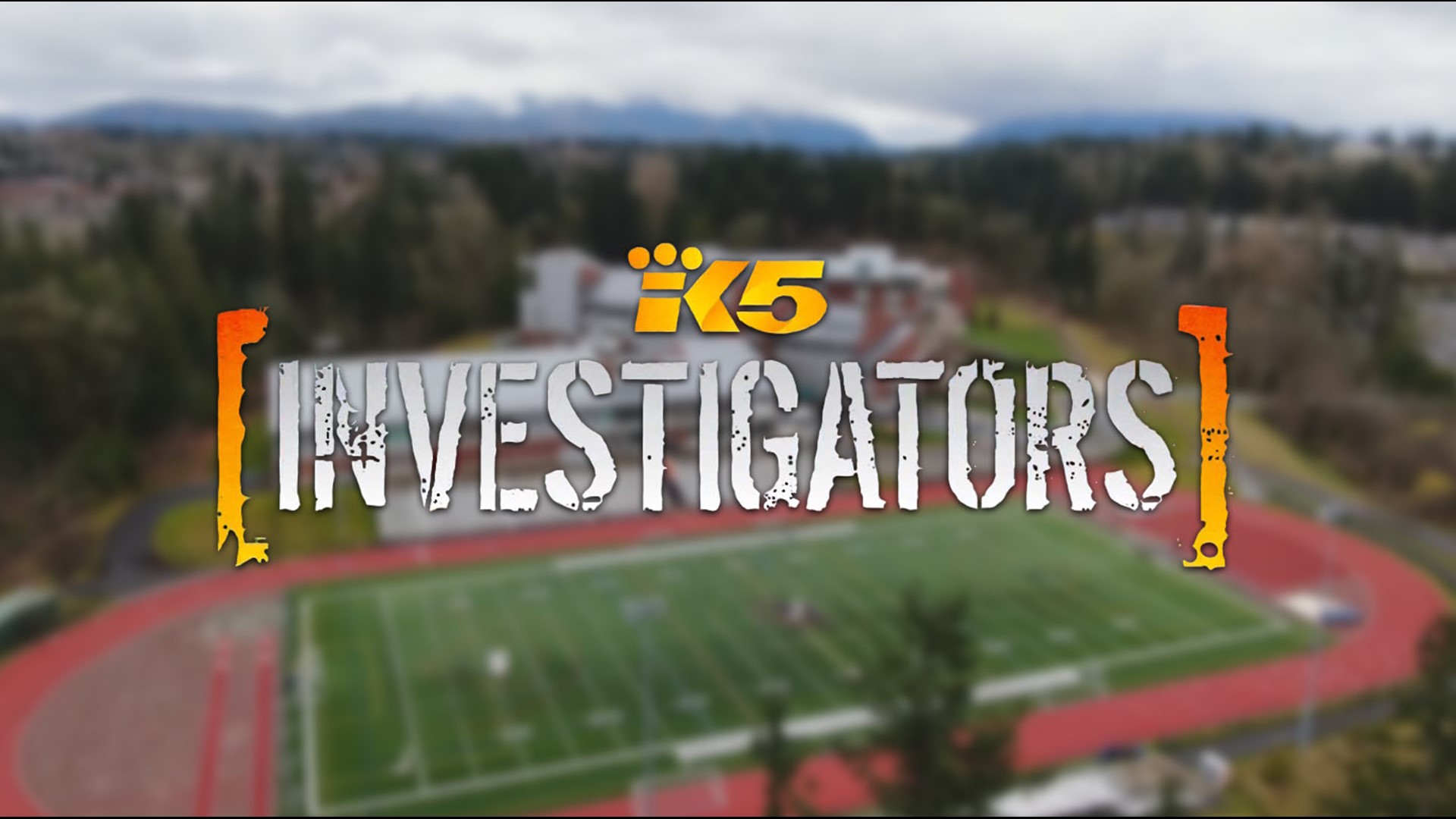 Four star football players at Eastside Catholic High School remained on the powerhouse team in 2018 while they were under criminal investigation for allegedly gang raping a 16-year-old girl from another school, a KING 5 investigation found.

It’s undisputed, based on a review of hundreds of pages of law enforcement records, that four high school players took turns having sex with the girl in the open-air bed of a pickup truck as it drove through the wealthy Bellevue suburbs of Hunts Point and Medina. Two other teenagers, including another Eastside Catholic standout player, watched from inside the cab.

At issue is whether the football players assaulted the alleged victim or whether the sex acts were consensual. A five-month police investigation, which involved seven law enforcement agencies in King County, led police to recommend prosecutors file charges against the four football players accused of raping the girl. The players were never charged with a crime, prosecutors said, because authorities lacked the evidence they needed to be successful in court.

KING 5 is not identifying any of the individuals involved in the April 2018 incident because no criminal charges were filed in the case. The female is not identified because she is an alleged victim of sexual assault.

The alleged victim, suspects and witnesses involved in the 2018 incident declined to be interviewed for this story.

‘We Believed In Our Case’

Seven months after the incident that April, the accused football players and their Eastside Catholic teammates celebrated a blockbuster win.

On November 30, 2018, the Crusaders swept past the O’Dea Fighting Irish, 31-13, to grab the 3A state football title for the third time in five years. Many considered the squad the best high school football team in the state, if not one of the best in the country.

But behind the on-field celebrations, the dark secret of that spring night— and the criminal investigation that followed — hovered over the team and the entire private school, located on the Sammamish Plateau.

“We believed in our case, absolutely,” Chief Kolling said. “Just because a case didn’t get charged (by the King County Prosecutor’s Office), doesn’t mean a crime didn’t occur. It just means other circumstances may prevent them from prosecuting the case.”

A 521-page investigative file, obtained through a public records request, shows that April evening began with the alleged victim drinking shots of whiskey with friends and then meeting up with a few of the Eastside Catholic players. She told police she was having fun with the players, but events escalated into an out-of-hand-assault.

“I was pretty drunk… I wasn’t in the condition to give consent or anything,” the teen told a Sexual Assault Nurse Examiner (SANE) nurse who conducted an examination and an interview of the teenage girl at Evergreen Hospital on April 26. “They tossed me around the truck bed a lot.”

While none of the records dispute the fact that the sex acts occurred, police records detail conflicting accounts of how the night played out.

The alleged victim told investigators that one of the four suspects was “very aggressive, pushing me around and choking me.”

Police concluded that during the drive, two more players joined the group, bringing the total to six high school boys in the vehicle.

“All the boys would take turns and fight over me like I was an object,” the alleged victim told detectives.

She told police the football players held her down when other vehicles would pass by “so that the other drivers would not see.” She said she was “too scared to say anything…if (I) showed fear, it would make everything worse.”

In a later interview with police, in August 2018, the alleged victim told the lead investigator from the Clyde Hill Police Department that her actions that night might make it difficult to prove the case.

“I guess the way I was acting… I didn’t seem like I wasn’t okay,” the teenage girl said. “I don’t know if I talked a bunch but I know I was talking more than usual… just trying to lighten the situation for myself I guess.”

Police heard another version of the story from the two witnesses inside the truck’s cab. According to documents, the witness who attends Eastside Catholic said the teenage girl was a willing participant and “the initiator.” The second witness inside the truck was an athlete from another high school in the Bellevue area.

In August 2018, the student submitted a 9-page statement to the King County Prosecuting Attorney’s Office that he prepared with his attorney. In the statement, the witness said he asked the girl several times if she was okay, and that she responded: “I’m great.”

The witness also wrote it’s “a lie” that the girl was drunk….and that “at no time did I think she was doing anything against her will and at no time was I worried about (her) safety. If I was, I would have put a stop to it….she was 100% in control of the situation.”

In addition, Clyde Hill police tracked down the Uber driver who gave the girl a ride after the incident that night. He said she “seemed fine”…and that “nothing jumped out as a red flag.”

After the months-long police investigation that included interviews with more than a dozen people, records show the Clyde Hill Police Department recommended to the King County Prosecuting Attorney’s Office that the 18-year-old suspect, the only adult in the group, should be charged with rape of a child in the third degree.

The department recommended that prosecutors review if the three players who were minor suspects should face sexual assault charges. The two witnesses, one from Eastside Catholic and a football player from another school, were both offered limited immunity in exchange for cooperating in the case.

According to documents authored by Emily Peterson, the senior deputy prosecuting attorney on the case, neither witness was considered a suspect.

“At present, all available evidence gives the State no reason to believe that you bear any criminal responsibility for anything that occurred that evening,” Peterson wrote.

‘There Was Definitely A Video’

The investigative file shows videos of the incident were sent out via the popular app, Snapchat, and then were widely circulated throughout high schools including Eastside Catholic and others on the eastside.

A student from a Bellevue-area public school told KING he watched a portion of the video during his math class. The student, who asked to remain anonymous, said his friend in class received the video in a group chat that included approximately 17 students.

“There was definitely a video,” said the student, who does not know the football players involved. “They were in a truck and they were having sex and there was more than one guy. A guy (inside) the truck said ‘are you having fun?’ and I believe she nodded ‘yes.’

Police records show detectives spoke with several other students who viewed videos of the alleged assault, but investigators could never get copies of them, despite obtaining one of the player’s phones with a search warrant.

In a probable cause statement to obtain the warrant, detectives wrote there was evidence the suspects committed the crime of “dealing, distribution and possession of child pornography,” in addition to “rape in the second degree” and “unlawful imprisonment.”

The Bellevue Police Department assisted in the investigation by analyzing the phone in their digital forensics lab. No videos were found. Law enforcement officials said that is a typical pattern when Snapchat is used because the app automatically deletes videos.

“(It was) very problematic (when the videos weren’t located),” said Lt. Dawn Hanson, who oversaw the Clyde Hill Police Department’s investigation. “So without the video being able to review, all we could prove was that videos were sent and received… It was very frustrating. It would have helped our case a lot.”

In December 2018, the King County Prosecuting Attorney’s Office officially declined to file charges in the case.

In a statement, an attorney for one of the suspects in the case applauded the decision.

“We commend the prosecutor for making the correct and just decision,” the attorney wrote in a statement. The attorney asked not to be named in an effort to further protect her client’s identity.

The teens ended that April 2018 night in Hunts Point, according to police records. The alleged victim had “several bruises and scrapes on her legs and knees.”

The now 18-year-old female wrote in a declaration to a King County court last month that her life fell apart after the incident occurred two years ago. She said she was partially hospitalized “for a period of months” and diagnosed with post-traumatic stress disorder. She added that she dropped out of her school and continues to struggle academically.

The Eastside Catholic players remained on the team and went on to win another state championship title in 2019. The three males who still attend the school also obtained scholarships to play football at prestigious universities.

One of the witnesses in the case received a football scholarship from Stanford University. He was set to attend the school and play this fall, but the university rescinded their scholarship offer and revoked his admission status this week.

In a statement, Stanford officials explained their policy allows them to rescind a student’s admission once they receive and review additional information.

“The university has taken that step with regard to an incoming undergraduate for fall 2020 who was scheduled to be a football student-athlete,” wrote Brian Risso, a spokesman for Stanford Athletics.

Eastside Catholic declined an interview request. A school spokeswoman wrote in a statement that school officials were aware a sexual assault investigation was underway, but they couldn’t get details of the case from police. She said administrators heard “rumors” but did not have evidence of wrongdoing.

“Eastside Catholic believes the police and the prosecutor’s office were in the best position to investigate and review this matter,” Karen Hatch, the spokeswoman, wrote in a statement.

The KING 5 investigation: “Glory and Shame at Eastside Catholic” continues. The next report will focus on why prosecutors didn’t file charges in the case.

*Editor’s note: KING 5 previously reported extensively on Gee Scott, Jr., a prominent Eastside Catholic High School football player, who will play for Ohio State University in the fall. Gee Scott Jr. was not a witness or a suspect in the alleged crime, and he was not present on the night in question, police records show.