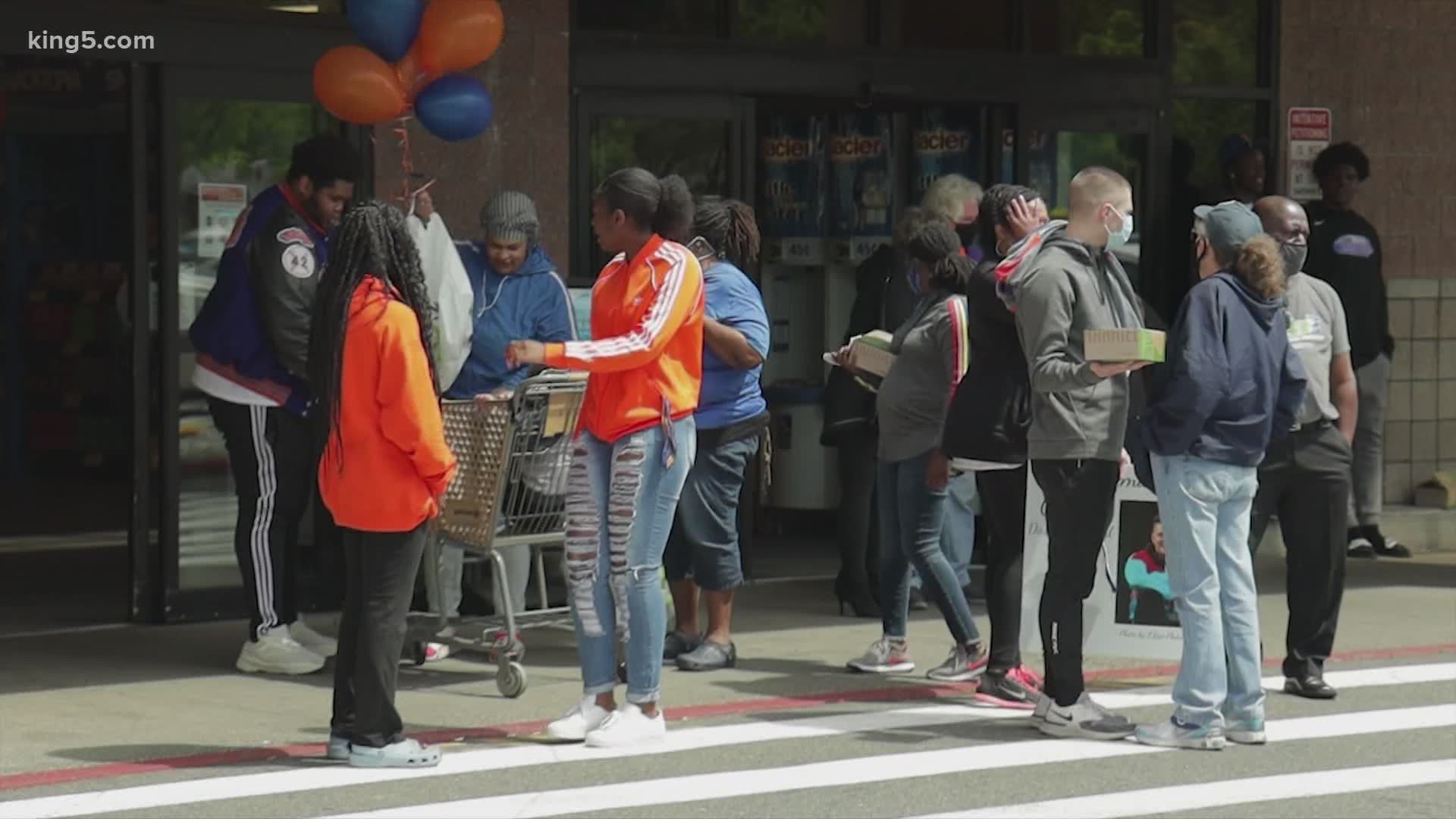 SEATTLE — It was the fifth Friday in a row that the Seattle Police Officers Guild teamed up with local grocers to collect food donations for local food banks.

But this latest effort in Rainier Beach was more than a food drive. It was a celebration of life and legacy left by 18-year-old Conner Dassa-Holland, who was shot and killed in front of his family home on Mothers Day.

Friends, family and numerous police officers gathered to honor Dassa-Holland  and to build stronger community ties. Even his mother was overwhelmed by the impact her son had on so many.

“When we came home from the hospital there was an amazing response," Alicia Dassa said. "And it just hasn’t stopped.”

Dassa-Holland was captain of the football team, an honor student and a volunteer mentor. He was studying pre-law at the University of Washington and hoped to return to serve the neighborhood he grew up in.

“We are surrounded by so much love and support. How can we drown in grief?” Alicia Dassa said.

RELATED: Dozens attend vigil for Rainier Beach teen shot and killed in front of his home

The event was an example of how the Seattle Police Officers Guild hopes to reach out to communities, said guild president Mike Solan.

“This is a new direction for us,” Solan said.

Solan worked the same streets as an officer and still lives in the community.

The guild released a statement about Friday's event:

“As police officers, it’s our job to deal with violent crime, but the hardest cases are ones like this – where an innocent life is lost for absolutely no reason. We want the Rainier Beach community to know we are thinking about them, and we know they’re hurting, so we’re trying to provide something positive, something comforting. But we’re also going out there because we know Seattle police officers need to be part of a multi-faceted solution that helps prevent these senseless acts of violence in the future.”

The latest "Food Drive Friday" was a big success and filled the transport vans to capacity.