Water levels in Malott, Okanogan and Tonasket will recede some, but are expected to be at major flood stage through the weekend and the majority of next week. 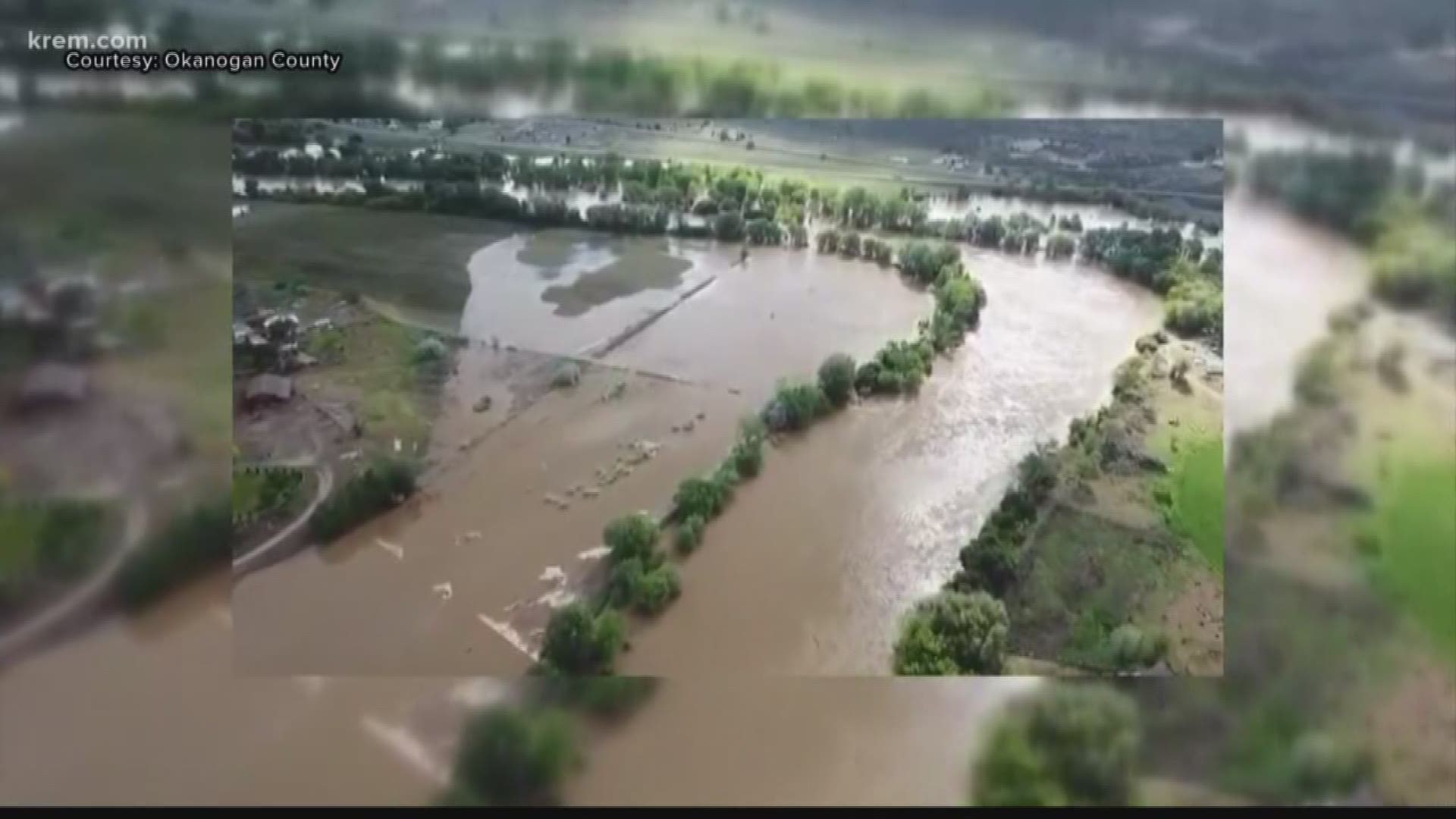 Washington state Gov. Jay Inslee has proclaimed a state of emergency for counties in the eastern part of the state that are experiencing severe flooding.

The proclamation covers these three plus the 17 other Eastern Washington counties facing an increased threat of flooding over the next seven days.

Inslee says recent rains and snow melt has caused the flooding, which has fouled water and sewage treatment facilities, threatened state highways and local roads, and caused some people to leave their homes.

Inslee says continued higher temperatures are predicted to increase snow melt and cause additional flooding as rivers and streams continue to rise to record or near record levels.

On Thursday, the National Weather Service issued a flood warning for the Okanogan River until May 14 following the highest flood stage reported since 1972.

Although water levels in Malott, Okanogan and Tonasket will recede some, it is expected to be at major flood stage through the weekend and the majority of next week.

As of Thursday afternoon, the Okanogan River flood stage was at 18.98 feet. It is expected to rise to about 20.1 feet by Saturday and remain at this level through Monday. The river will likely rise again on Tuesday and is projected to reach the highest stage on Friday at about 21.5 feet.

A look at the Okanogan River in downtown Omak. The river is at its highest level in decades.

Local authorities say levees and drainage systems are “holding for now.” Water is being pumped from areas, though.

The river is expected to rise more over the next week. pic.twitter.com/i55aoBBtCl

Melting snow, combined with significant rainfall, has contributed to the high river levels. The snowpack will continue to melt because of warmer temperatures and drier weather through the weekend and at the start of next week.

Some of the businesses on Main Street in downtown Omak had to close due to flooded basements.

County officials said water has started to accumulate on U.S. Highway 97 roughly 2 miles south of Tonasket, but the road has remained open. Even if the water levels stabilize over the weekend, officals expect water to continue to seep onto the roadway.

Maurice Goodall, the director of the Okanogan County Emergency Management Agency, said large sandbags are being placed along the highway to prolong the flooding.

“Right now, we just ask people to be cautious,” Goodell said, especially along the highways where the county is working to place the sandbags.Officials from the Confederated Tribes of the Colville Reservation and the Okanogan Public Utility District are warning residents to stay clear of the river shoreline because of heavy debris and saturated soils.

Areas surrounding Osoyoos Lake and the Similkameen River in Oroville are also experiencing flooding. Goodell said Osoyoos Lake is currently full and is expected to keep rising. Homes surrounding the lake have already experienced water seepage in their basements and on their main floors.

The county has been working to produce enough sandbags for residents in need. Oroville high school and middle school students have assisted the county with filling sandbags. About 540 students have packed about 6,000 sandbags and have been distributing them to the public throughout the last two days.

The Colville Confederated Tribes said sandbags are also ready for pickup at CCT Fish and Wildlife in Omak.