Ocean tides could someday serve as a major source of renewable energy, but first scientists want to understand how the underwater equipment might affect the behavior of fish. That research is currently underway in Sequim Bay. 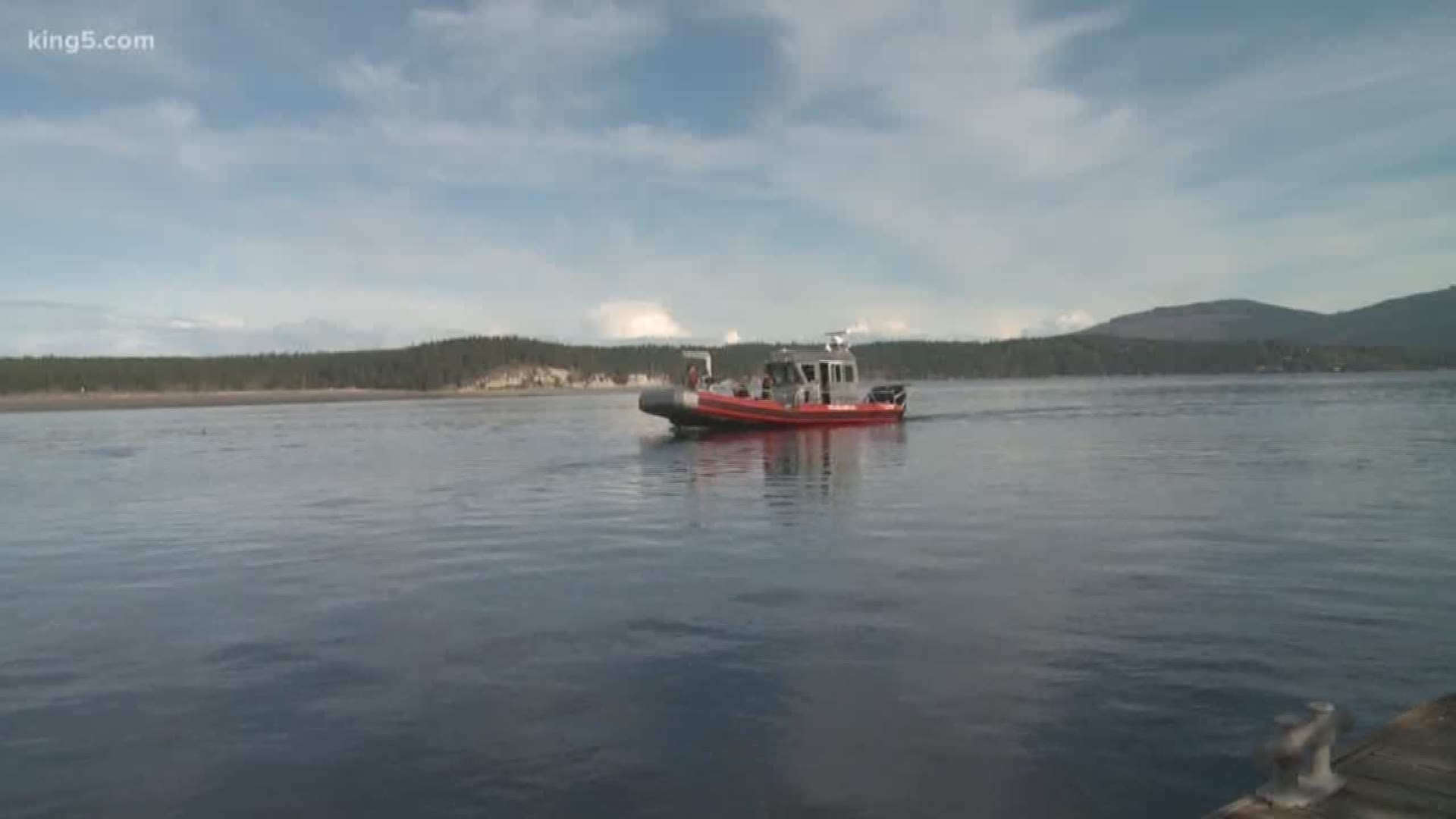 SEQUIM, Wash. — The black cod housed in a tank at the Marine Sciences Laboratory in Sequim recently swam into a much bigger home in Sequim Bay where researchers are testing how they might react to technology that would harness the tide for renewable power.

The fish were loaded into a special cage that lowered them near devices underwater which will track their behavior.

"We put them in the cage. It locks the top. Then the bottom door will unhinge. We release that. I will hold it tight so the fish will stay in the cage and then as soon as we drop it, I release the door and water pressure will keep it closed on the way down. As soon as the weight hits the ground, we know it's at 1.8 m depth. We pull up, it will open the door and the fish will come out," explained Cailene Gunn, a scientist at the Pacific Northwest National Laboratory.

The researchers want to know how marine life could change if new equipment is added to their habitat like underwater turbines.

"To be disturbed by the device, either by the sound or just by the fact that it's in their habitat and I don't know what it is, and if we don't monitor this to check it, we won't be able to tell," said Marine Sciences Laboratory Division Director Genevra Harker Klimes.

The fish participants have surgically-inserted acoustic tags that will trigger sensors underwater. Those sensors will report data back to the scientists.

The University of Washington is developing special technology that allows for 3-dimensional fish tracks to model how they fish move and behave.

"The Adaptable Monitoring Package, or AMP, is a state-of-the-art, integrated instrumentation system developed to provide continuous real-time underwater environmental monitoring around marine energy converters. The goal of the AMP development at the University of Washington is to address regulatory concerns about environmental impacts and help advance marine energy markets. This study with the Marine Science Lab at PNNL is using the AMP to look at collision risk of fish with tidal turbines. The AMP development has been funded by the US Department of Energy, US Navy, and the National Science Foundation," explained James Joslin, founder of MarineSitu.

Once this initial study is completed, the scientists may re-do it with real turbines underwater.

"People are very concerned about the health of these animals and they don't want to see new machinery, new things put into their environment, without a method in place to observe how those things are going to have an affect on those animals," said UW Research Engineer Paul Murphy.