A Space Needle time capsule that won't be opened until 2062 received its first items Thursday morning. 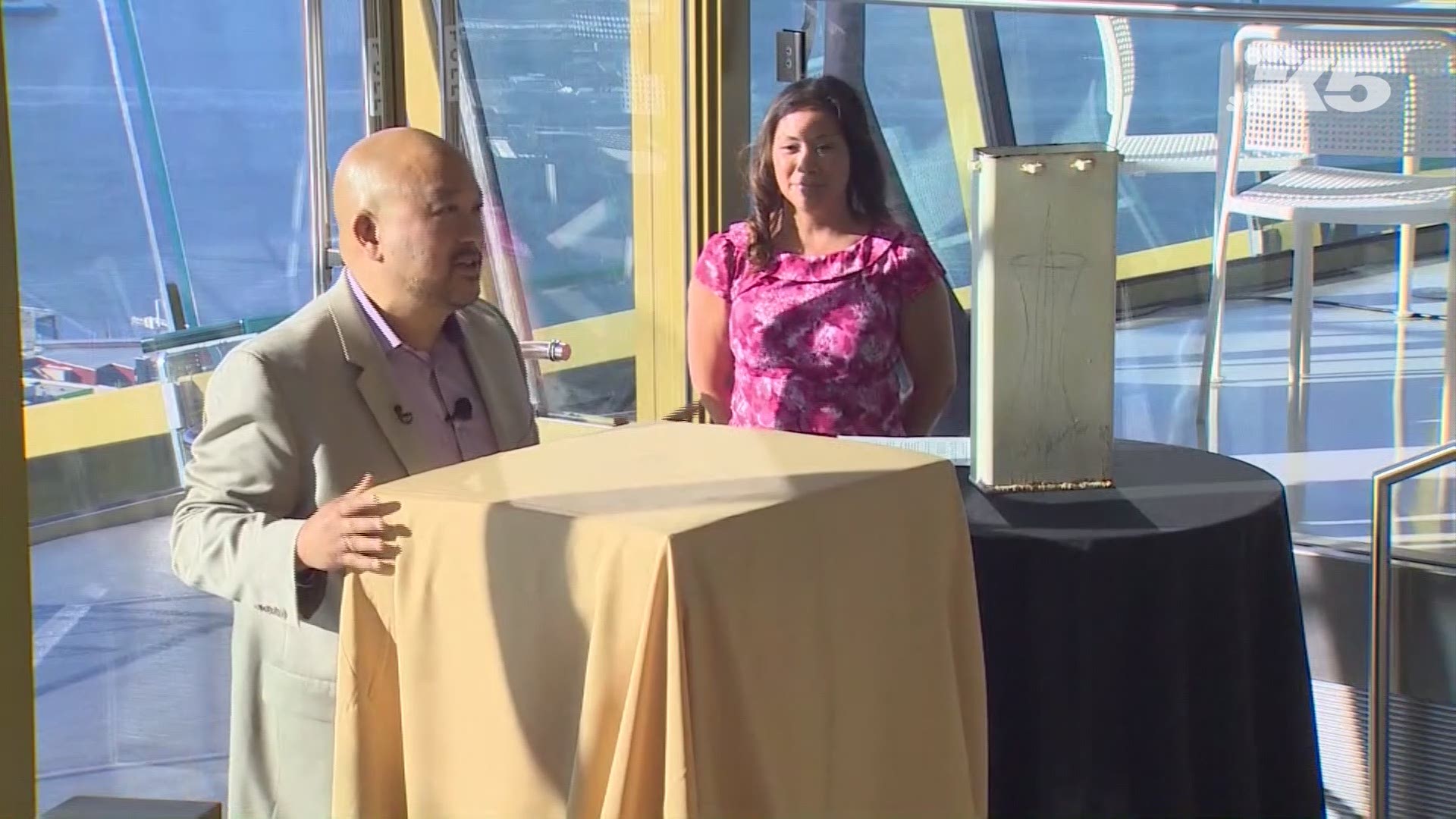 The first items for a time capsule that will be sealed later this year were unveiled at the Seattle Space Needle Thursday morning.

The unveiling kicks off a nationwide search for items that provide a snapshot of life in 2019 and "predictions for the future."

The capsule, which weighs more than 160 pounds and stands at 42 inches tall, will be sealed Oct. 21.

The capsule won't be opened until April 21, 2062 - the day marking the Space Needle's 100th anniversary.

The public has an opportunity to add personal items in the capsule through an online contest, which goes live at 8 a.m. Thursday. Five people will be selected.

The first five items that went in were: