One of two ferry slips will close this weekend so crews can pour concrete for a new walkway at Seattle's Colman Dock. 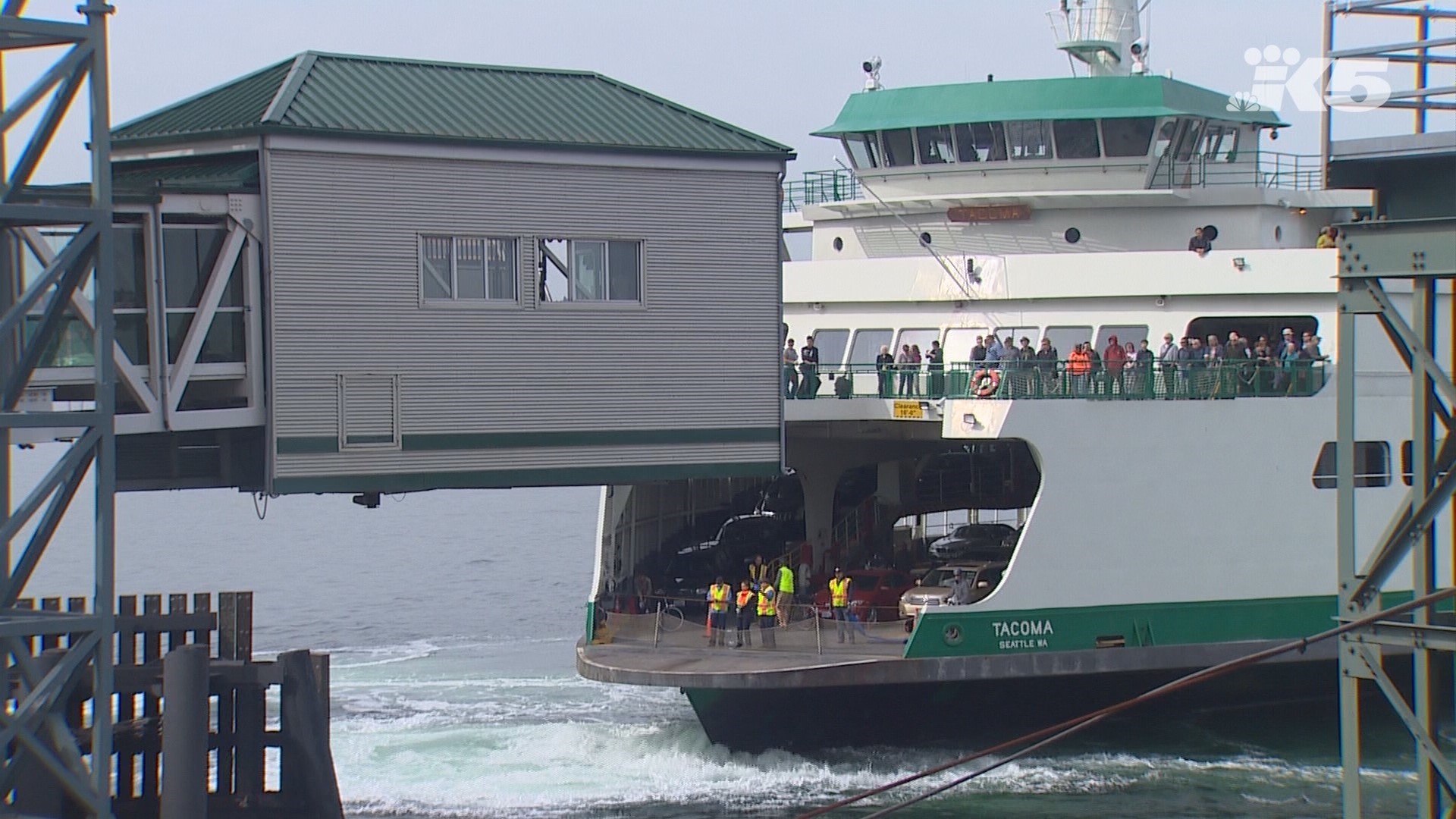 Seattle ferry departure times will shift between five to 30 minutes July 13-15 due to a temporary closure of one of two slips at Colman Dock.

All sailings to and from Seattle will follow a temporary sailing schedule while crews pour a new concrete walkway as part of the larger revitalization project.

“Doing this work now keeps us on track to move out of the existing terminal building in August, which in turn keeps our contractor on schedule to finish the entire Colman Dock Project in early 2023,” said Carl Vogt, construction project engineer. “Washington State Ferries remains committed to maintaining ferry service while we rebuild our seismically vulnerable flagship terminal. We are all in this together, and we thank everyone for their continued patience throughout construction."

The changes to the sailing schedule allows the ferries to be staggered to prevent more than one ferry from arriving or departing at a time.

Washington State Ferries says there won't be any significant changes to early morning departures on Monday from Bainbridge Island or Bremerton. There will be fewer sailings out of Colman dock during Monday's afternoon commute.

Ferries suggests commutes walk on the ferry and take public transportation or bicycle, if possible.