You've probably heard the pejorative terms carrot-top, ginger, spitfire and maybe even copperhead. But for photographer Keith Barraclough, those terms are the defining characteristic of his subjects. 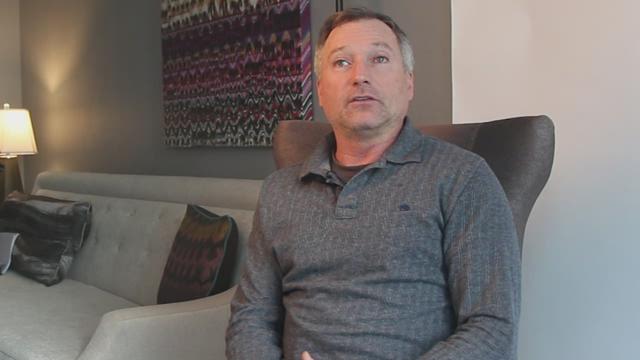 CHARLOTTE, N.C. -- You've probably heard the pejorative terms carrot-top, ginger, spitfire and maybe even copperhead. But for photographer Keith Barraclough, those terms are the defining characteristic of his subjects.

"You can be three feet tall or 30 feet tall, three inches wide or 30 inches wide... or 50! It really doesn't matter and I think that's the beauty… all you need to be is a natural redhead."

Barraclough is traveling throughout the United States with his wife Kate photographing natural redheads.

The idea for the "personal project" came to Barraclough when he was on a professional shoot and photographed a young businessman with red hair.

"I was just taken with him," Barraclough said. "He had a presence about him."

1 / 26
(Portrait for The Redhead Project. Courtesy of Keith Barraclough)

But the project goes deeper than red hair. Barraclough's subjects have to go through detailed process in order to be selected to have their picture taken, free of charge, for the Redhead Project.

"We really want to show who these redheads are," Barraclough said. "They do that through five different categories of things that they have to bring with them."

"We do tell every redhead before we start, 'You've seen the images, you understand that it's not a normal photo shoot?'" Barraclough said.

"You collect albums, bring albums and we stack things on people's heads and we do quirky things with it," Barraclough said. "We've had people pour ketchup all over themselves, ranch dressing, ice cream all over their face. I find it fascinating and amazing that people will do what you ask them if they're involved in it and it's part of who they are."

New to this series? We're looking back at the evolution of @keithbarraclough ‘s project in chronological order of photography. Here's our 203rd, photographed 3/6/2016. We're on track to reach 400 in late December. Who’ll it be?

Barraclough subsequently captures a variety of people who have a defining, unique quality but whose passions make them different.

"The story is them," Barraclough said. "We didn't mean to but we've kind of started a community so to speak."

The photographer said his photographs provide the opportunity for people to find out who a person is in just three or four pictures.

"I really want people to look at the images and think, 'Wow, you've really captured that person.'"