Farmer Frog is working with Snohomish County to relocate after the county said the nonprofit's operations were too large for the property. 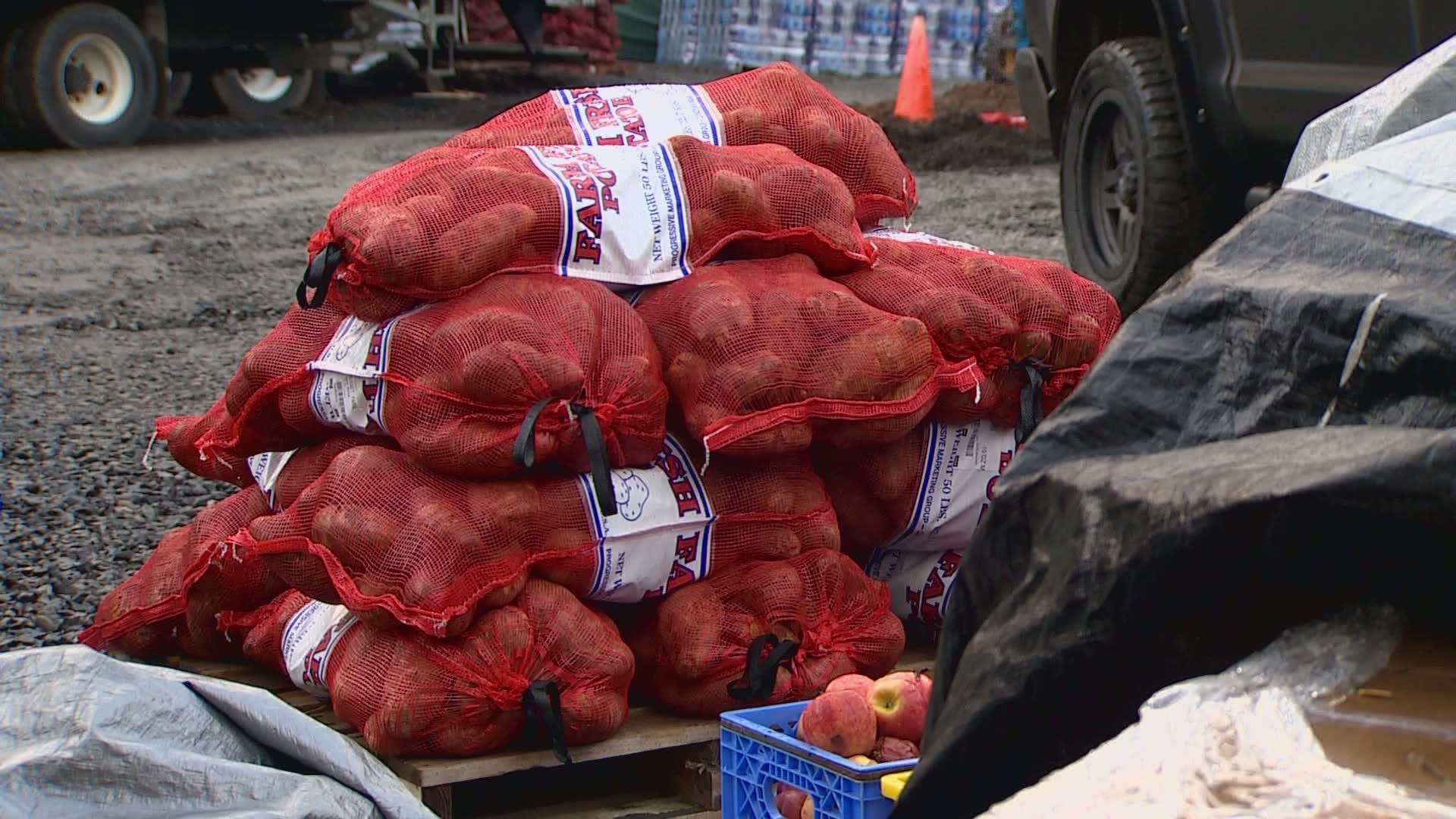 WOODINVILLE, Wash. — After being given an order to move by 5 p.m. on Friday, a Snohomish County nonprofit is breathing a sigh of relief, for now.

There appears to be a temporary solution after a months-long back and forth about the future of Farmer Frog’s emergency food distribution center on Snohomish County-owned property in Woodinville. The county has said that it wants to work with the organization to find a permanent solution.

The founder of Farmer Frog says there’s still going to be a battle ahead, but there’s reason to celebrate.

“I think a lot of us will sleep a lot better,” said Farmer Frog's cofounder Zsofia Pasztor.

Snohomish County leaders said the lease that was signed was for a small footprint food growing operation, not an industrial operation with heavy truck use. County officials said the group breached their lease agreement and had to move their operation by 5 p.m. Friday. The county says

“We clearly understand that we have missed this deadline,” said Tom Teigen, the Snohomish County Conservation and Natural Resources director.

Despite the missed deadline, Teigen says he wants to work with the nonprofit to find a more suitable location.

“It’s important work. We want to see it supported, we certainly cannot continue to have it operate at this park site, and a big 800 acre Paradise Valley natural area. It is not an appropriate location for this intensive use,” said Teigen.

Though details are still being worked out Pasztor is relieved and grateful for the community’s support.

“Knowing how many people want us to run and run this work. It's beautiful,” Pasztor said.

Pasztor said the emergency food distribution operation has helped two million families since it was created at the start of the pandemic.

“We still have a long call ahead but yes there's reason to celebrate tonight,” Pasztor said.

Pasztor said services to pop-up and grassroots food pantries will not be disrupted, for now, while the group figures out where they’ll move the emergency food operation.

Pasztor says there are plans for community leaders, county leaders and Farmer Frog to meet next week, to come up with a plan for relocation.