A mother wants to be assured that her daughter’s operating room will be free of mold before a scheduled brain surgery at Seattle Children’s in December. 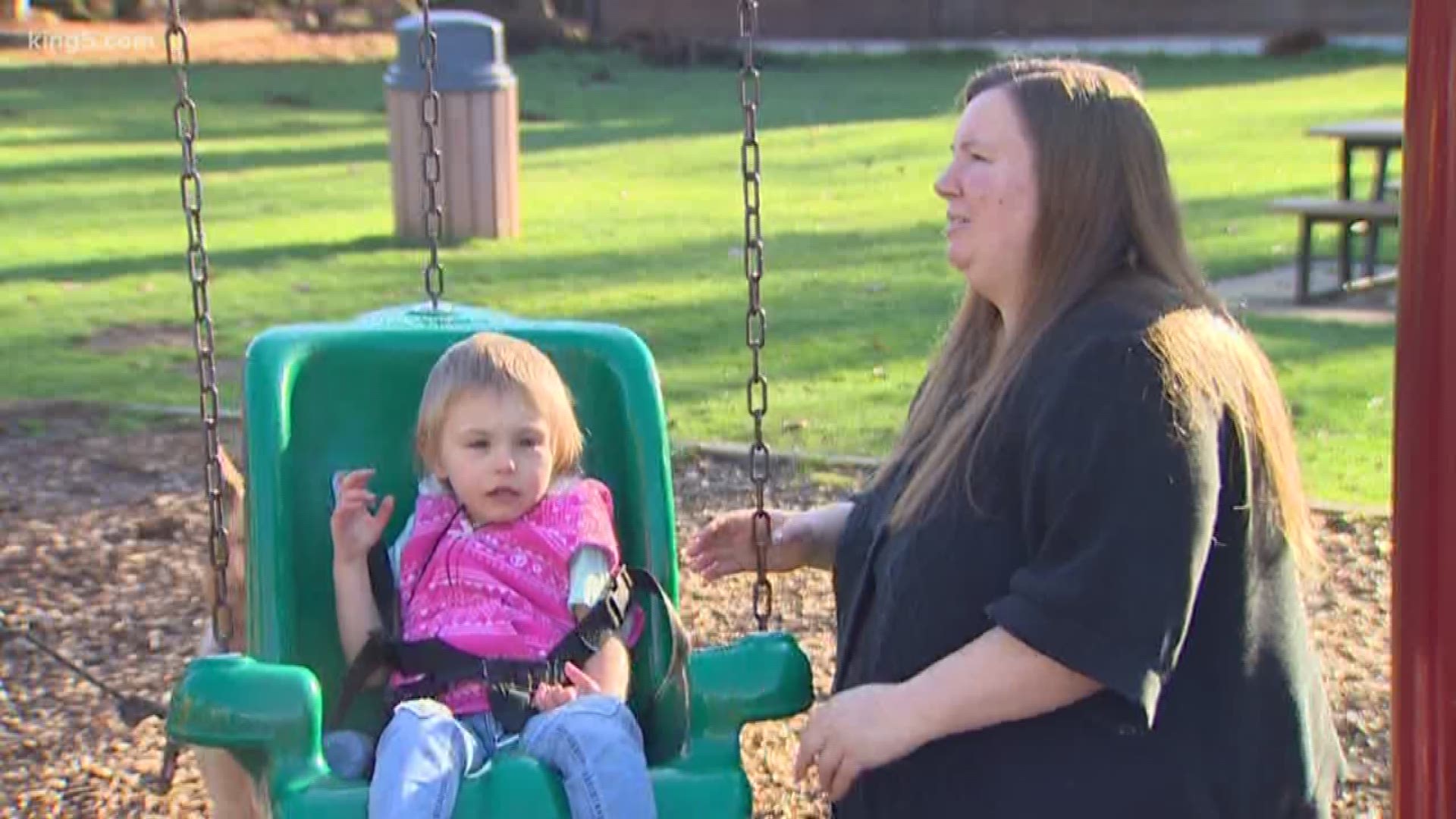 MARYSVILLE, Wash. — Some families with surgeries scheduled at Seattle Children’s are worried if the ongoing Aspergillus mold problem at the hospital will impact their children.

Amanda Rogers’ daughter Amelia lives with Chiari malformation, a condition that causes her skull to put pressure on her brain.

“We want the best for her,” Rogers said. “She had a really rough start in life.”

Next month, Amelia is supposed to have surgery at Seattle Children’s hospital. However, the hospital is working to remedy the Aspergillus mold detected in its operating rooms.

"Looking back, we should have made this connection sooner. Simply put, we failed," Seattle Children’s CEO Dr. Jeff Sperring said during a press conference Monday.

Sperring said an internal investigation linked the deaths of six children to Aspergillus mold at the hospital, and a total of 14 patients have developed an Aspergillus infection since 2001.

In May, the hospital temporarily shut down all of its operating rooms after dangerous levels of mold were detected. The rooms reopened in July after a deep clean, but all operating rooms were closed again this month after more mold was detected.

Seattle Children’s said it is installing a new rooftop air handler and high-efficiency particulate air (HEPA) filters in its operating rooms and adjacent supply areas. HEPA filters remove 99.97% of particulates from the air that passes through the filter. Seattle Children’s said the installation process means 10 of the operating rooms will have to stay closed through the end of January.

The news is anything but calming to a mother whose young daughter needs brain surgery.

“I know she needs the surgery, but I don’t want her to get sick from the mold,” Rogers said. “I would feel better if the hospital could assure me that the operating room that they are using for my daughter’s surgery is free of mold.”

While crews work to ensure the operating rooms are safe, Seattle Children’s said it plans to perform surgeries at five different partner hospitals in the area. During the temporary closure, hospital staff previously said it will perform surgeries at Harborview, Swedish, UW Medical Center, and Mary Bridge Children's Hospital.

“We are deeply saddened by the Aspergillus infections and the impact they have had on our patients and their families,” Seattle Children’s Hospital Board of Trustees Chair Susan Mask said in a statement Thursday. “We are committed to an appropriate and timely resolution,” she continued.

For now, Rogers said they will keep the surgery date on the books, even if they don’t know where the operation will be performed.