Two survival experts with differing philosophies are teaming to help Washington residents prepare for the "Big One." 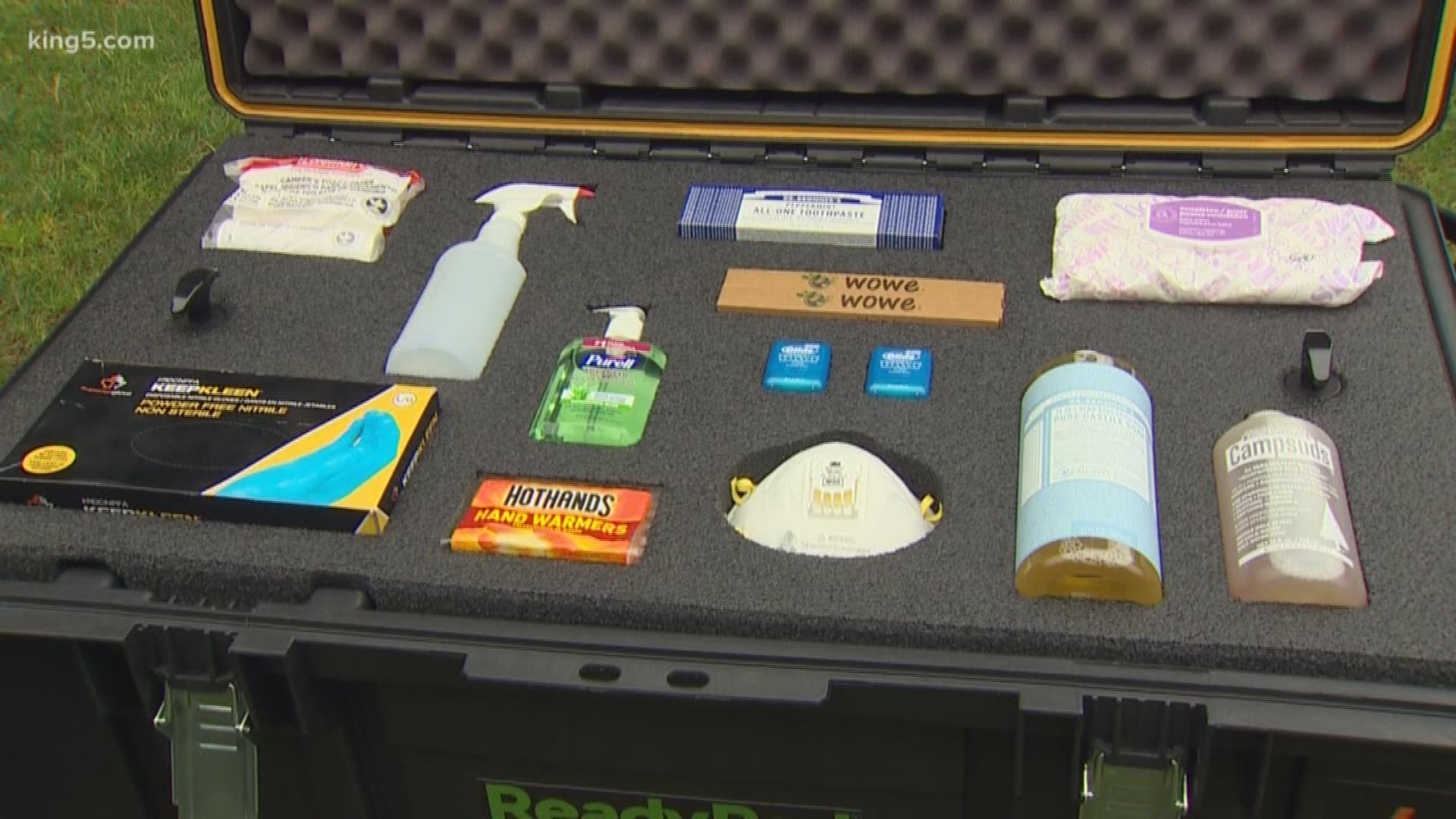 SEATTLE, Washington — Although no one was hurt, July's 4.6 magnitude earthquake in Monroe served as a wake-up call to Washingtonians.

Some experts worry that the public is hitting the collective snooze button when it comes to earthquake preparedness.

Two experts in the field who live on Bainbridge Island fear that the longstanding belief that people will be okay with three days of survival supplies is woefully untrue.

So the pair joined forces to give citizens proper preparation for the "Big One," despite having wildly different backgrounds and philosophies about survival.

Scott James is a nationally-renowned authority on emergency preparedness and an author whose years of research prove that when it comes to surviving a natural disaster, true strength is in numbers.

“Group resilience is much more viable than trying to go on your own," James said.

Fred Bruner was a top-level operative in the CIA for 27 years. He's an expert in surviving life-threatening conditions alone.

“I'd get sent to war zones all over, crazy places, with a kit and gear, and told 'go do this mission,'” Bruner said. “If you don’t have water, food, shelter, and sanitation, that community love is only going to go so far. I am keenly aware what it means not to be able to communicate with the outside world. Not to have running water. Not to have enough canned food. To not have toilets working.”

“Taking his solo approach and [my belief in] group resilience, and putting them together, you eliminate all of the weaknesses and just have the strengths,” said James.

Also see | How to prepare for a major Pacific Northwest disaster

So Bruner and James designed “ReadyPod," a high-end, stay-alive kit that takes into consideration the state government’s recent revelation that three days of supplies are not nearly enough when the so-called Big One hits.

“All of Seattle, all of the west coast really, becomes a series of islands after the Big One,” said James. 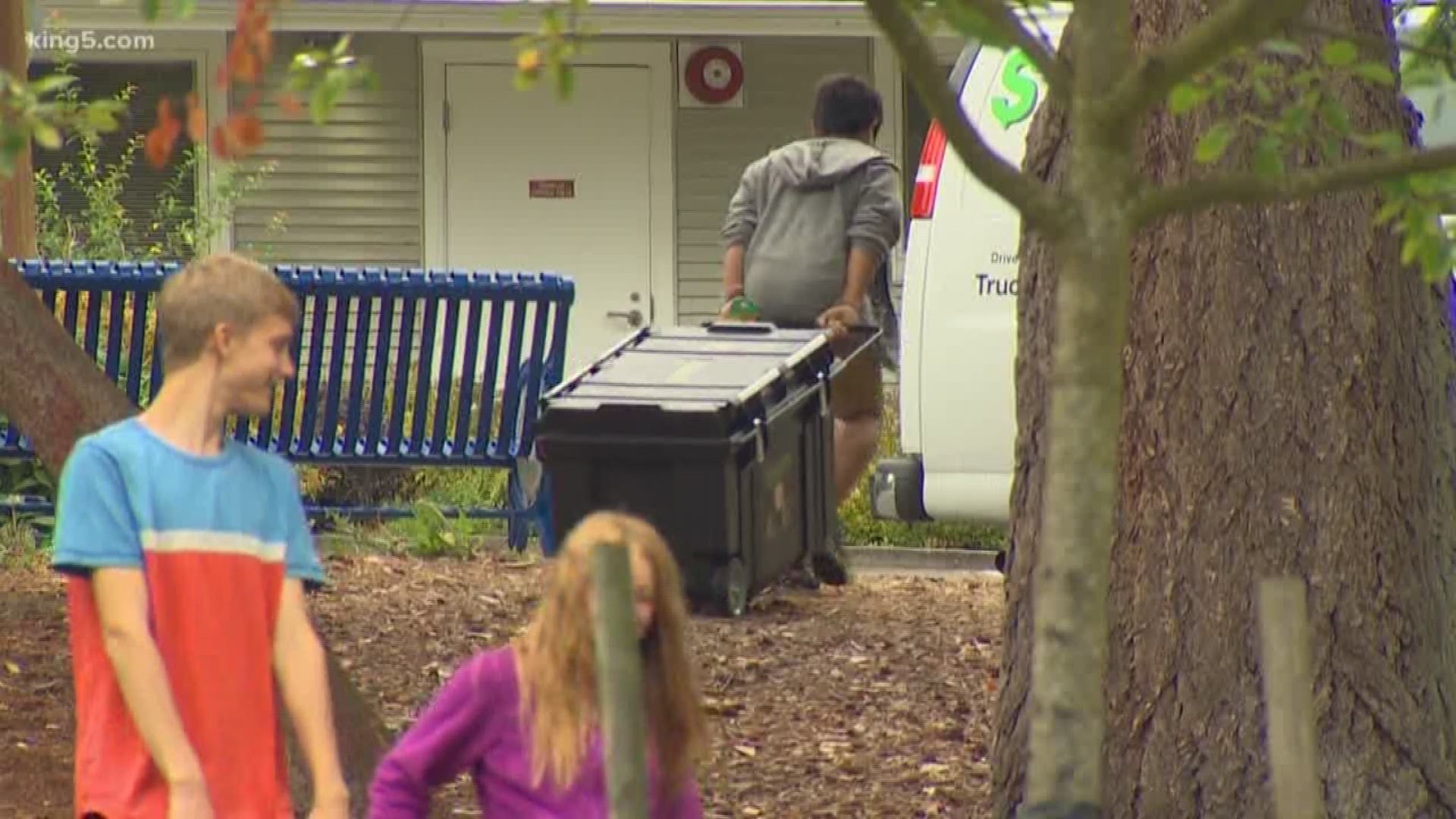 People who live on an island, like Bainbridge, have an understanding of isolation. What experts want to drill home is that wherever you are, if infrastructure collapses, you need to be prepared to survive on your own – not just for three days, but for 14 at least.

According to its website, ReadyPod has the shelf life of 30 years.

“So many people will need help and the government simply won’t be able to provide immediate help to everyone,” says Bruner.  “It could be weeks, if not months, before help arrives. So three days is great, but you’ll be in a world of hurt on that fourth day.”

“Frankly, 14 days isn’t even enough,” said James. “You will assuredly have neighbors who show up on your porch on Day 3, and Day 7 - hungry. And we’re Seattlites. You’re not going to turn them away. And then your 14-day supply becomes 13 and 12 and so on.”

The Ready-Pod provides eater, food, shelter, medicine, tents, a crowbar, a satellite phone, but it costs about $6,000 – a price that most people can’t afford.

RELATED: Ideas for making an emergency communications plan and kit

Bruner and James empathize. They stress that even if you can’t afford their unit, you can afford something, and you must do it.

“Take it one step at a time,” Bruner said. “A little bit every week, putting aside some water, some food. That’s the key. I want to encourage people not to just throw up their hands and say it’s too much.”

“The biggest priority is to simply act,” James said. “Today, tomorrow, this weekend. Not next month, not after your taxes come in. The key is to act now."