The new headquarters will test the city's ability to handle more commuters on already congested roads. Expedia says it has a robust plan to discourage driving. 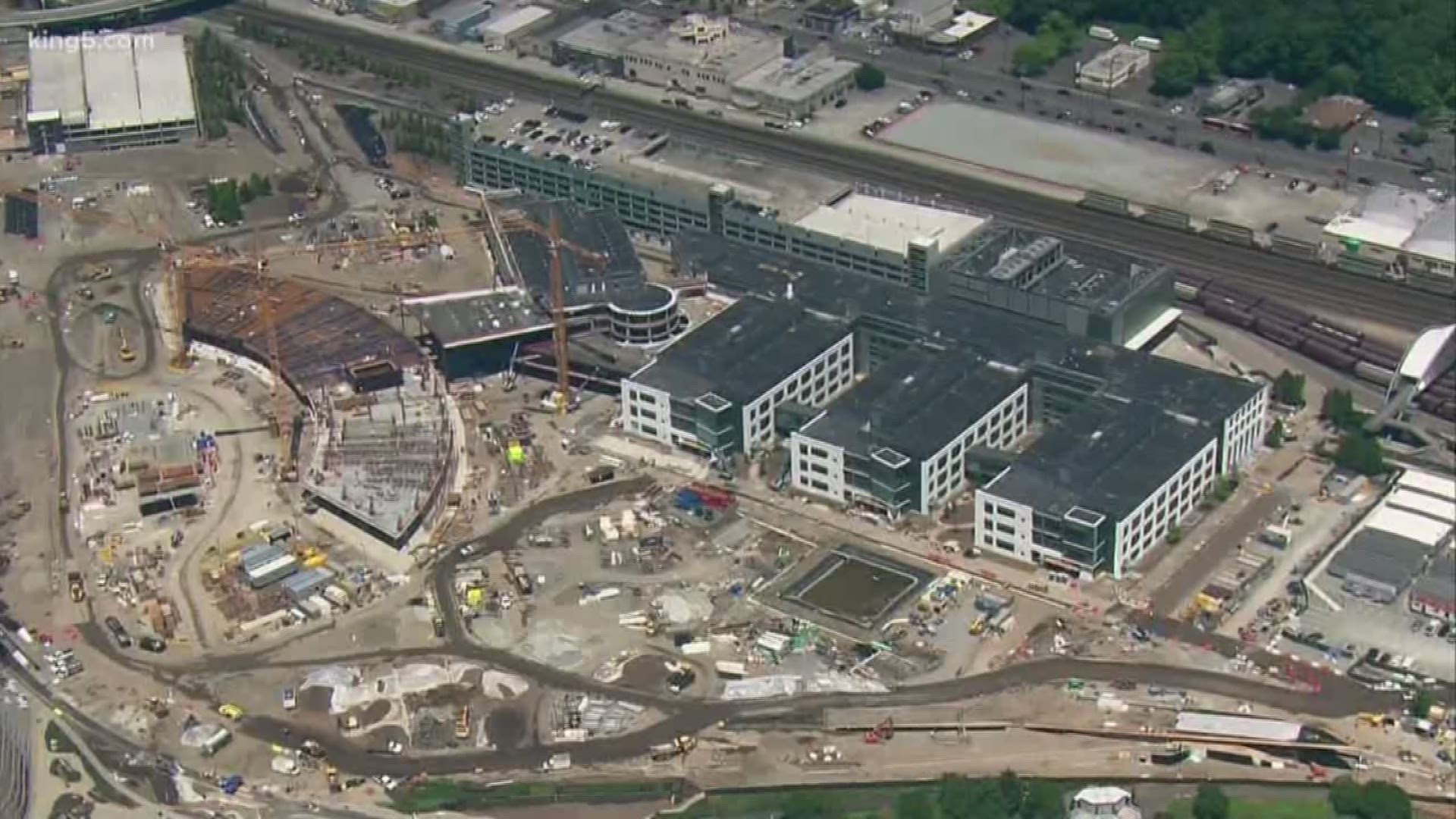 SEATTLE — Expedia is preparing to move thousands of workers to its sprawling new waterfront headquarters in Seattle's Interbay neighborhood.

It'll be a test of the city's ability to handle more commuters on already congested roads.

Seattle Mayor Jenny Durkan toured the new campus with Expedia President and CEO Mark Okerstrom and addressed some of the transportation concerns.

“We know that from our experience during the viaduct and other things that if we give people other options than driving, they'll take it, and Expedia has really taken that to heart, and they're giving their employees a whole range of tools, so they don't have to get in those cars,” Durkan said.

Beginning in October, hundreds of Expedia employees will pack up their desks in Bellevue and move into work spaces at the property along Elliott Avenue W near the Magnolia Bridge. The 40-acre campus features open views of the Seattle skyline, Elliot Bay, and the Olympic mountains. About 1.6 acres along the waterfront will be open to the public.

Most of Expedia's roughly 4,500-person Puget Sound workforce will commute to the new headquarters when it’s finished next summer.

Expedia and the city say they have been working together for years to prepare for the big move and to ease anticipated road congestion.

“I think the plan for this is one I’ve never seen before on this scale,” Durkan said.

The goal, the company says, is to discourage employees from driving to work solo. They plan to do that by giving out free ORCA transit cards, subsidizing carpools and ride sharing, opening a 400-stall bike storage facility, offering shuttles, and charging market-rate parking for anyone who decides to drive alone to work - that can run as much as $16 a day.

Employees will get a $5 bonus for every day they take public transit, bike, or walk.

A renovated waterfront will reopen to the public as soon as September, Expedia said. It features a new beach, an improved bike and walking trail, and native plants.

Expedia has room to expand in Interbay in the long-term and could nearly double its workforce to 8,000.

“One of the things that attracted us to this place is we can grow as we need, we don't have significant plans for growth, but we do have the capability to do it over time,” Okerstrom said.