Russell stars in 'The Falcon and The Winter Soldier,' now streaming on Disney+. #k5evening 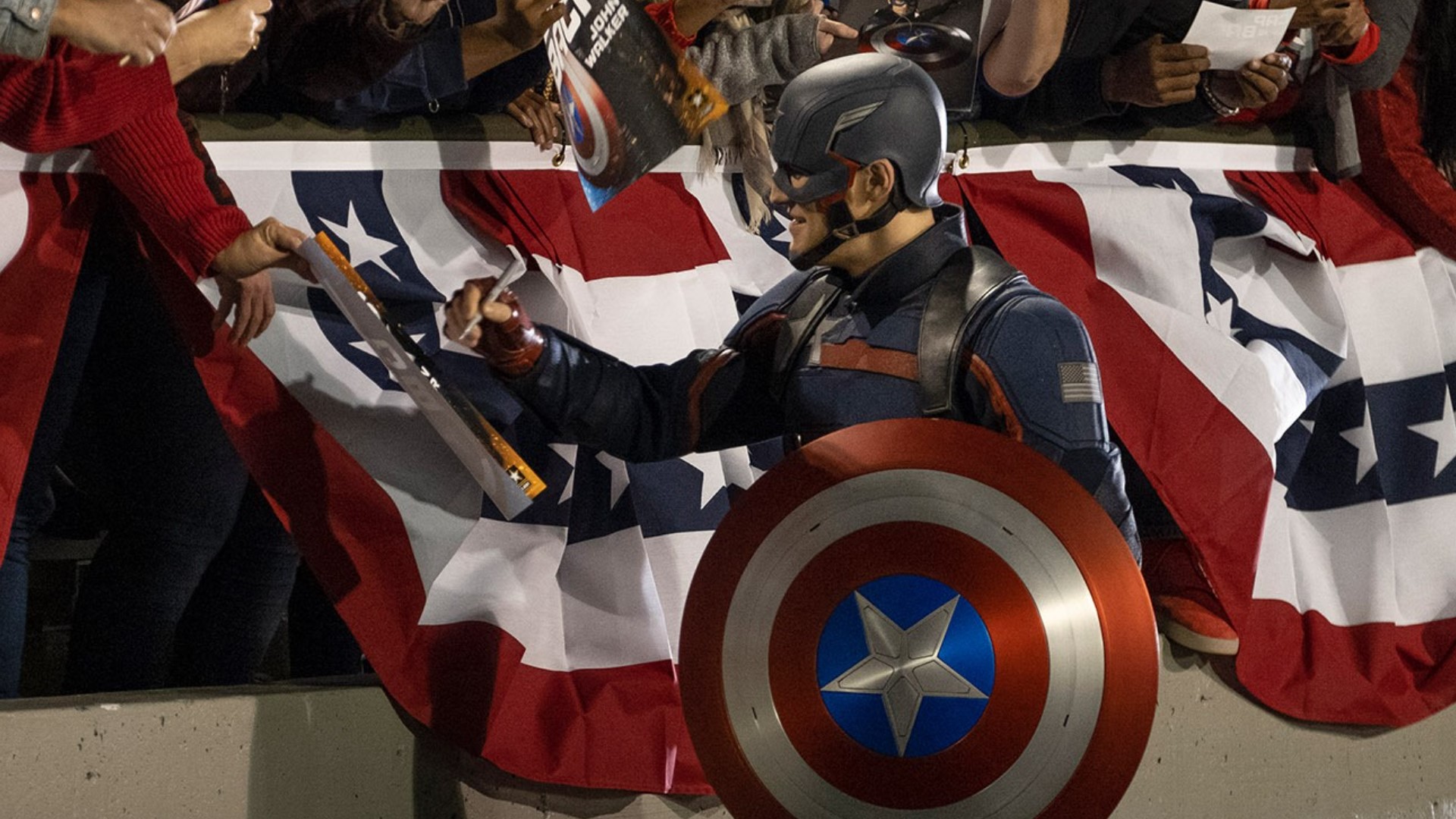 SEATTLE — The Marvel Universe continues to expand on the small screen with The Falcon and The Winter Soldier - and millions of fans are tuning in to also see a third character: a new Captain America, named John Walker.

He’s played by an actor whose face instantly conjures images of his parents: Goldie Hawn and Kurt Russell.

Wyatt Russell is as affable as they are, even in a Zoom interview.

"You're doing fantastic, I'm a disaster,” he joked.

On the show, his Captain America is complicated. John Walker’s moral compass seems shifty, and Russell loves that.

"I think that's sort of the nature of why Marvel does such a great job with their characters. Because everybody believes they're doing good for reasons that you could almost empathize with,” he said. "The Thanos one was the best version I could think of, where you have the world's worst bad guy, he's taking away half the population, but if you've ever sat on the 405 during traffic time it's an interesting philosophy for a bad guy to have because you can go, 'Well if I wasn't one of the people it might not be so bad.'"

He admits, Chris Evans' shoes are big ones to fill - but agreed to answer the same questions we asked Evans in 2014, while he promoted the movie Captain America and The Winter Soldier.

QUESTION: "Does (Captain America) do anything wrong? Would he take cuts in line?”

QUESTION: "Does he return his shopping cart at the grocery store?"

EVANS: "Of course he would. He not only would return it, he might go wrangle a few other ones."

RUSSELL: (laughing) "Not every time."

QUESTION: “Does he leave his dishes in the sink?”

EVANS: “Well, everyone does that. Is that not being a good man?"

Translation: you have to watch The Falcon and The Winter Soldier to find out what makes Russell’s Captain America tick.

The show streams on Disney+ and new episodes drop on Fridays.