Season 18 was shot down the road in Portland! #k5evening 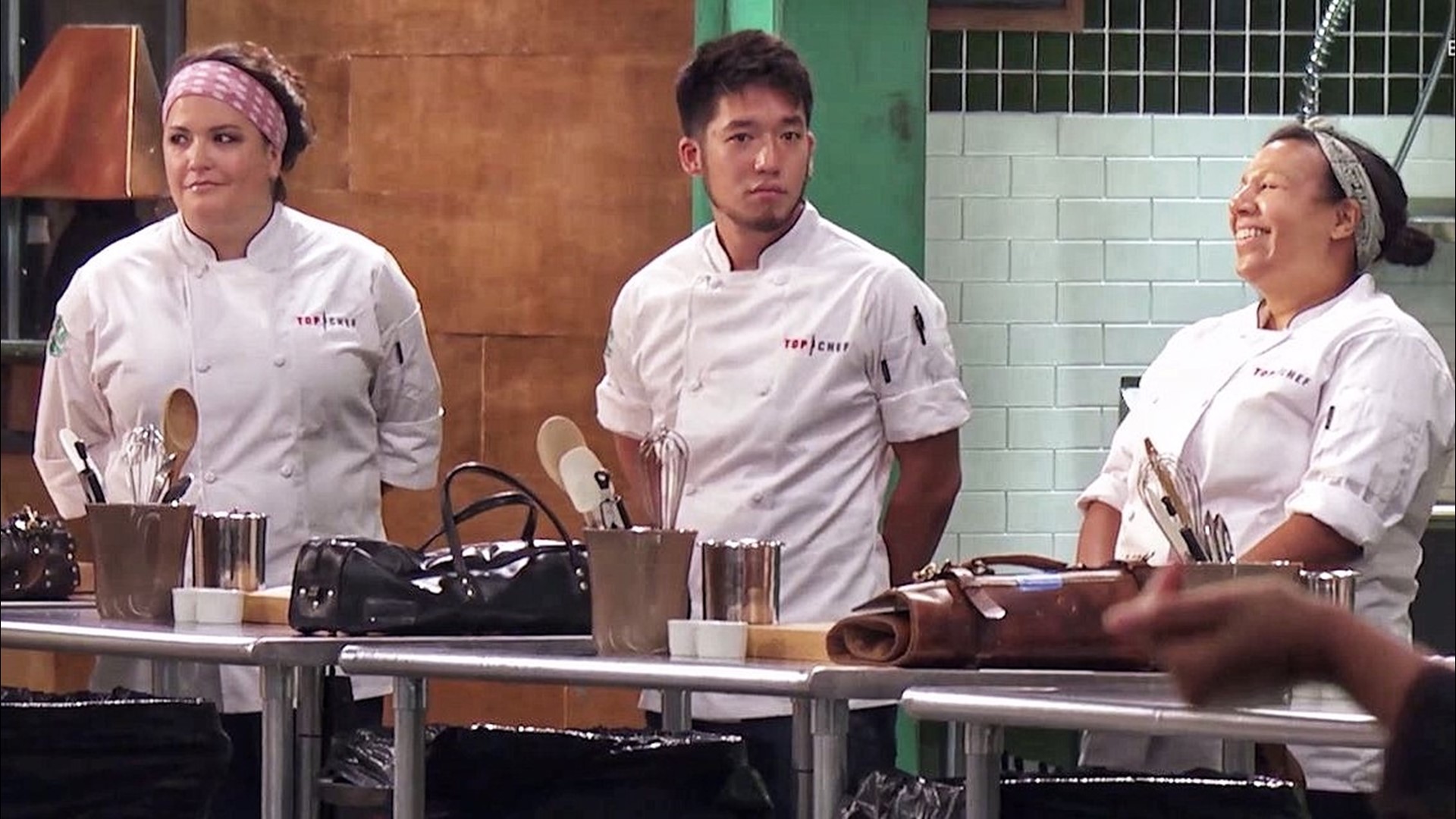 SEATTLE — There's no place Seattle Chef Shota Nakajima would rather be than working the line at his restaurant, Taku. But 2020 had other ideas.

"2020 has been a roller coaster in so many ways. I closed one of my restaurants, Adana. I was running this as a to-go, got into a car crash had some health incident," said Shota. "They say there's no bad time to open a bar, but I opened a bar 5 days before the mandatory shut down. So I think I win that one."

But Shota’s bad luck took a turn for the better when he got a call asking if he'd like to be a contestant on TV's hottest cooking competition show, Top Chef.\

"I got a call from Bravo asking if I'd be interested in. And I was like yeah, what could go wrong this year."

Though he quickly agreed, Shota said he did have a serving of self-doubt.

"First I was scared. I'm not going to lie. The first reaction was scared like, ah I don't know if I can do this. And then I got really excited that I wanted to do it because it's that scary. Because being scared is really good I think."

What wasn't scary was how close the show was being shot to Seattle.

"I was extremely excited it was in Portland. The first thing I said can I drive down instead of fly down?”

When filming began last fall he found himself thrown into the fire against some of the best chefs in the county.

"I've probably learned more in that short time frame than I did in the last two years about cooking,” Shota recalled. "The coolest part is that you get to see so many different people showcase what they learned. Different cuisines, different mentality in approach towards cooking."

The competition was intense. But when the chefs put their knives down, Shota says they supported each other throughout.

"Everyone on the show has become really good friends. We have this whole group texting, we talk to each other, send semi-appropriate memes to each other."

You'll have to watch to see how chef Shota Nakajima does on Top Chef. But no matter what, 2021 is already cooking up to be a better year.