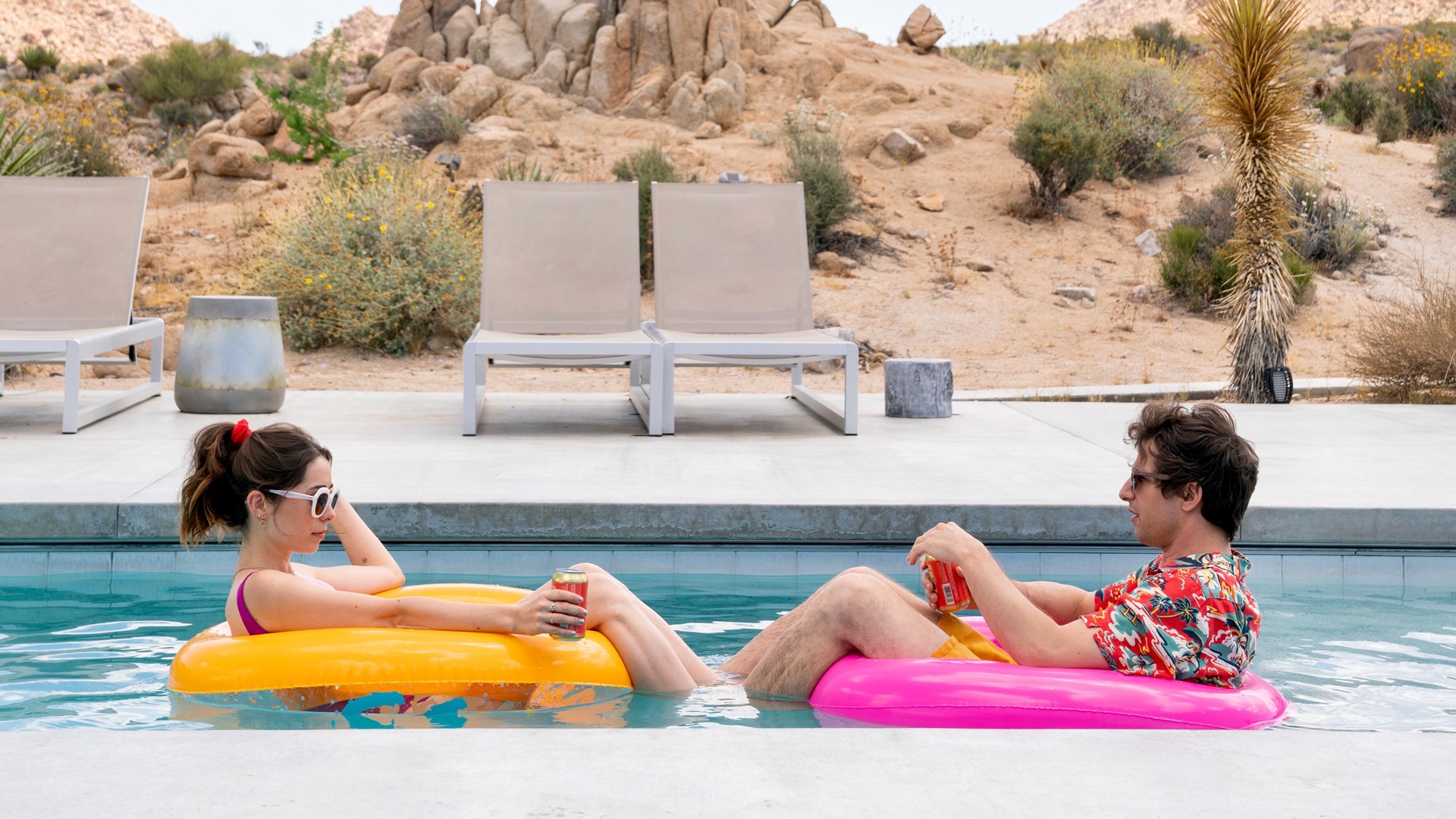 SEATTLE — Named for the location it's set, Palm Springs is a story of modern love - on repeat.

Two wedding guests, played by Andy Samberg and Cristin Milioti, find themselves living in a time loop at a desert resort.

To pass their endless day, they get drunk poolside, steal a plane, and choreograph dances.

The movie is bonkers in a sweet, smart, original way - a hilarious story about how living like nothing matters can reveal what actually does. Samberg's role in the film earned him a Golden Globe nomination in the Best Actor for a Comedy category.

Entertainment reporter Kim Holcomb talked to Samberg and Milioti about the roles, working with Oscar winner J.K. Simmons, and skincare.

HOLCOMB: "Who got the most sunburned during filming?”

SAMBERG: (laughing) “I feel like we both did okay."

MILIOTI: "We were constantly getting sprayed down."

HOLCOMB: "What was actually in those beer cans that you were chugging all the time? I would like to believe it was beer... but...”

MILIOTI: “It was water.”

SAMBERG: “I would have been like 200 pounds by the end of shooting.”

MILIOTI: “Also I wouldn't have been able to get any of my lines out, I would have been absolutely trashed.”

SAMBERG: "It was water, but it made me want beer constantly."

HOLCOMB: "Andy, are you now basically an expert at getting onto a pool floatie? Because we know it's not easy and it never looks graceful."

SAMBERG: "I was pretty good at it by the end of the week where we shot all the pool stuff, but I'm sure my muscle memory has all dissolved."

HOLCOMB: "Did you want to make this film because of the hilarious and inventive script, or the choreography?"

MILIOTI: "Mine was strictly for the choreography. I said to myself, ‘I don't like a lot of this, I don't think this is good, but I wanna dance. And I wanna show that I can move, and this is my shot.’ And I took it.”

HOLCOMB: “And you nailed it.”

MILIOTI: “By the way, I was being completely sarcastic there in case you missed it.”

HOLCOMB: "I asked J.K. (Simmons) which he preferred more: embracing you or hunting you? Any guesses what he said?”

HOLCOMB: “He absolutely did. Which did you enjoy more in this film?"

SAMBERG: "I really enjoyed both, I have to be honest. I don’t know what that says about how I feel about myself."