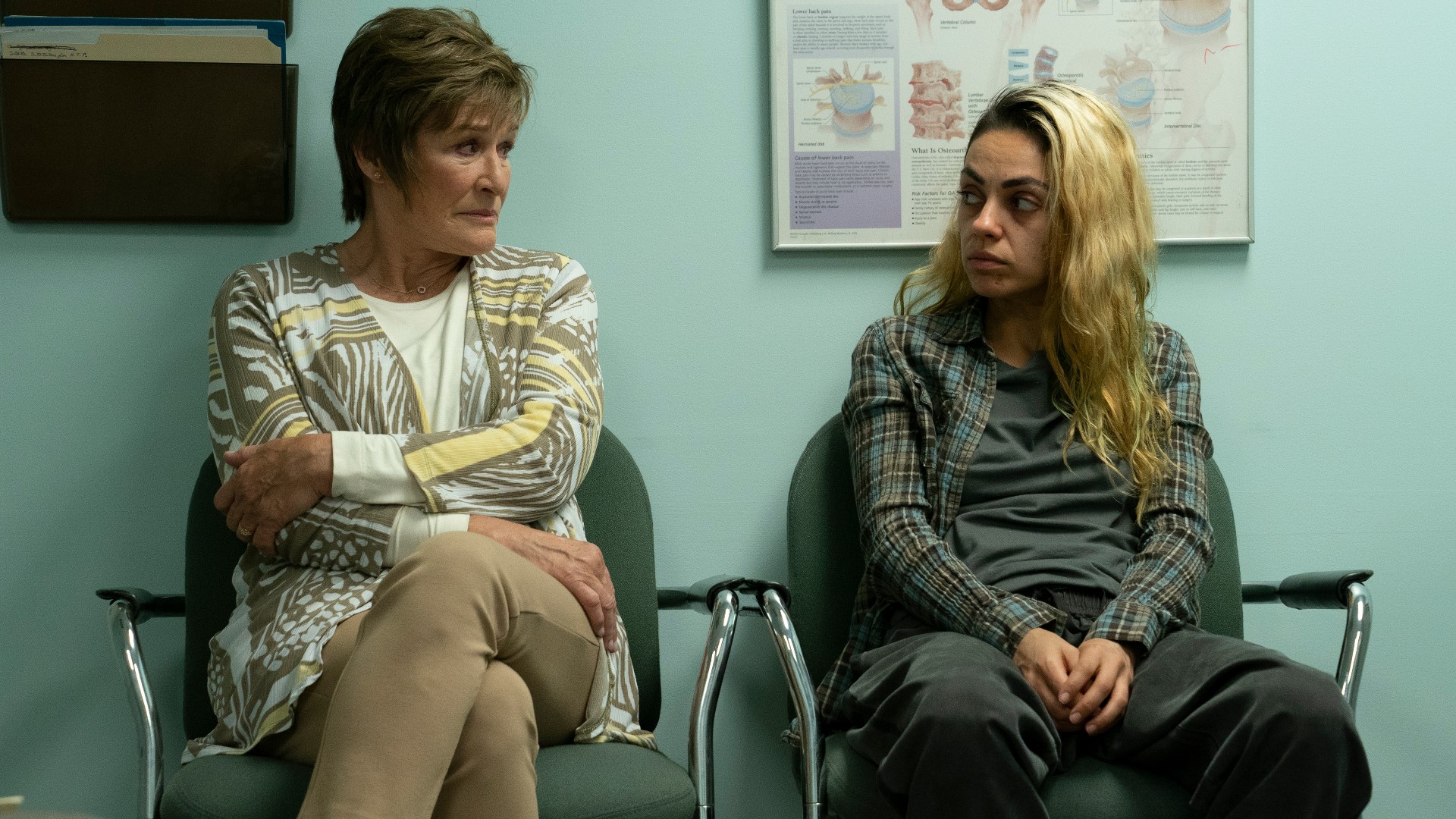 SEATTLE — How far can someone bend before they break?

The story begins with a frantic knock at Close’s front door. She opens it to find an almost unrecognizable Kunis, begging to come home while she goes through heroin withdrawals.

Based on a true story, the film reveals a decade-long losing battle with opioids, no matter what actions mother Deb or daughter Molly take.

Molly’s final chance at getting clean is a shot that blocks the effect of opiates on brain cells – essentially preventing her from getting high.

But there’s a catch – she has to be off drugs for a week beforehand.

Credit: Vertical Entertainment
The new film is based on a true story, detailed in a Washington Post article.

Entertainment reporter Kim Holcomb talked to Close and Kunis about their roles, working with each other, and Close’s unexpected performance of “Da Butt” at the Oscars.

HOLCOMB: "What rang the most true about your interactions on screen together?"

CLOSE: "Each of us had talked to the actual people we were playing, it was based on a fantastic piece of reporting. We really, really wanted to try to be truthful about these characters and what they went through. We loved working together from the very first moment. And that, a friend of mine once said, it's like skating on smooth ice."

KUNIS: "Playing against Glenn Close is the easiest job anybody will ever have. It's the least amount of acting schmacting you will ever have to do.”

HOLCOMB: "Be honest: how many extra takes did you ask for when Glenn was giving you a scalp massage and a facial?”

HOLCOMB: "I won't belabor the point, but Glenn, thank you for now not only being the queen of cinema but also the queen of gifs. Mila, did it surprise you at all when Glenn did 'Da Butt'?”

KUNIS: “Oddly not. I mean I don't know if that's the right answer, but I was like, 'that makes sense.' This woman is - and I say this as if you're not here Glenn, but I've said this before - the amount of genuine life that you have in you, and love for life and the energy that you have and the pure joy that you exude, I was like yeah of course she knows 'Da Butt.'"

CLOSE: "I think I hit it off with Mila the minute we met."

Four Good Days is rated R and is now playing in theaters.