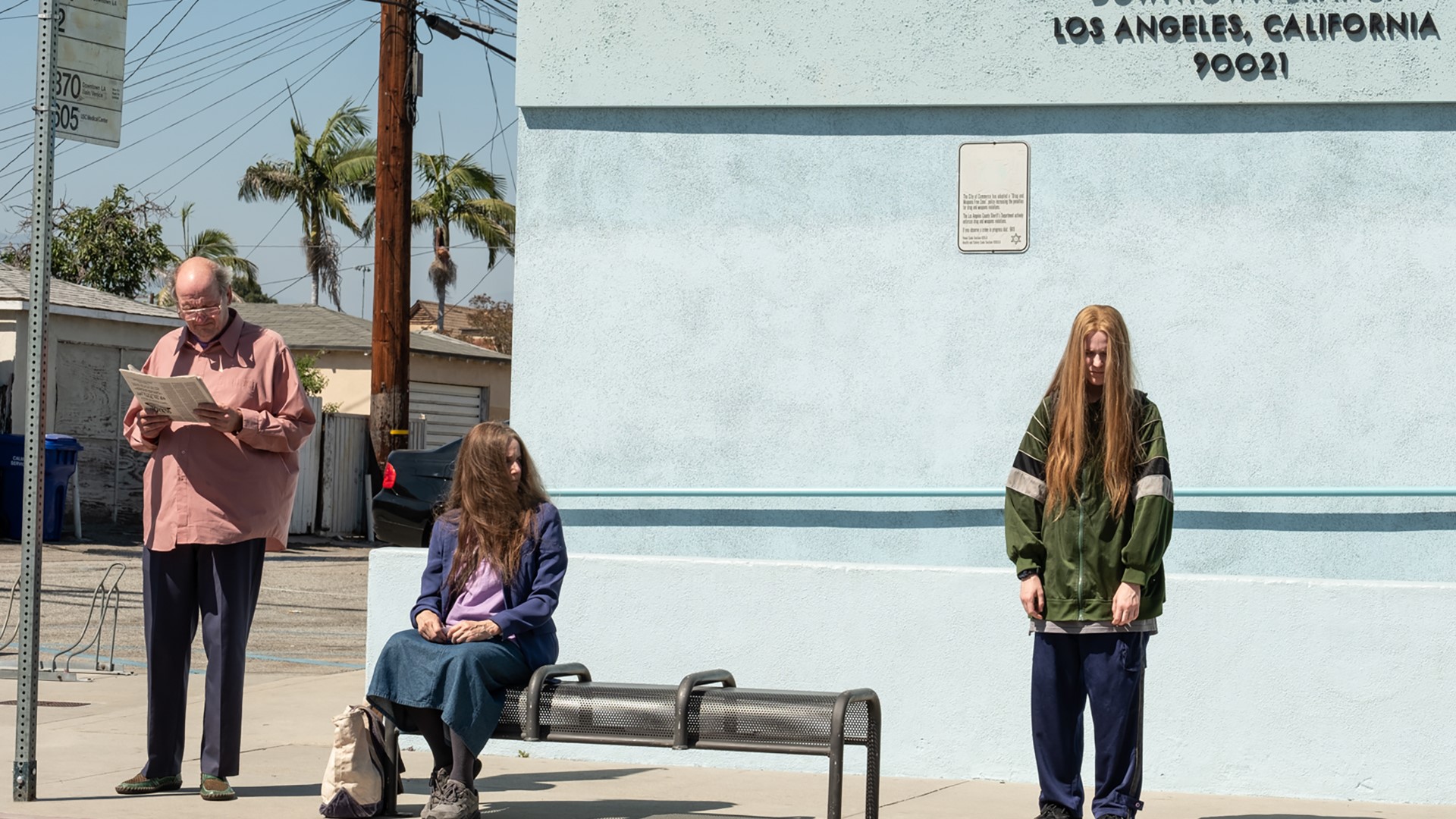 SEATTLE — Lots of parents want their kids to go into the family business.

But in the new dark comedy Kajillionaire, that business is grifting.

Evan Rachel Wood stars as the lonely child of two petty thieves, whose appearance is as unusual as her name: Old Dolio.

Wood said seeing the name was enough for her to sign on to the film.

“Honestly, yes,” she said, laughing. “That told me everything right away."

The family never gets rich but skims what they can, from stealing mail out of post office boxes to tricking an airline into reimbursing them for lost baggage they never checked.

It's a wholly original film, written and directed by Miranda July, who got her start in the Pacific Northwest "riot grrl" scene.

"I literally one morning woke up and had these three characters in my mind, these two women with long straight hair, and this man, and I remember thinking I can either fall back asleep and have this as a dream, or I can get my phone and start dictating what I'm seeing,” she said.

July spent days pulling together her ideas, and later created a series of criminal scenarios for her family of three.

“I watched a lot of Mission Impossible as a kid,” she said. “And then some of (the scams) are totally made up and not even possible, and then some of them are. I knew people who did things like that – the luggage scam is a real scam."

July said Wood compared Old Dolio to Edward Scissorhands, because of her loneliness and need for affection.

When a fourth questionable character - played by Gina Rodriguez – joins their gang, Old Dolio finally realizes life doesn't have to be loveless. The film walks a Shakespearean line between comedy and tragedy.

"It certainly helps having actors around you like Richard Jenkins and Deborah Winger, who straddle that line beautifully,” Wood said. "The comedy in this film is rooted in tragedy and in real life uncomfortable moments, and tragedy can be hilarious honestly. I think I'm somebody who, even in my darkest moments will crack a joke. It's like my defense mechanism, it's the thing that makes it a little less painful, so sometimes when dealing with themes like this it's nice to take it with a bit of comedy."

The strange story is strangely believable, and while she may be one-in-a-million, Old Dolio's experiences are surprisingly universal.

"What it is to be seen and understood, which I think no matter how we're raised or what happens, that is just the deepest human need we all have and I think that's sort of what Old Dolio represents in a way,” Wood said.

Kajillionaire is rated R and comes out in theaters Sept. 25. It will be available on VOD Oct. 16.