The new political satire will be released on June 26. #k5evening 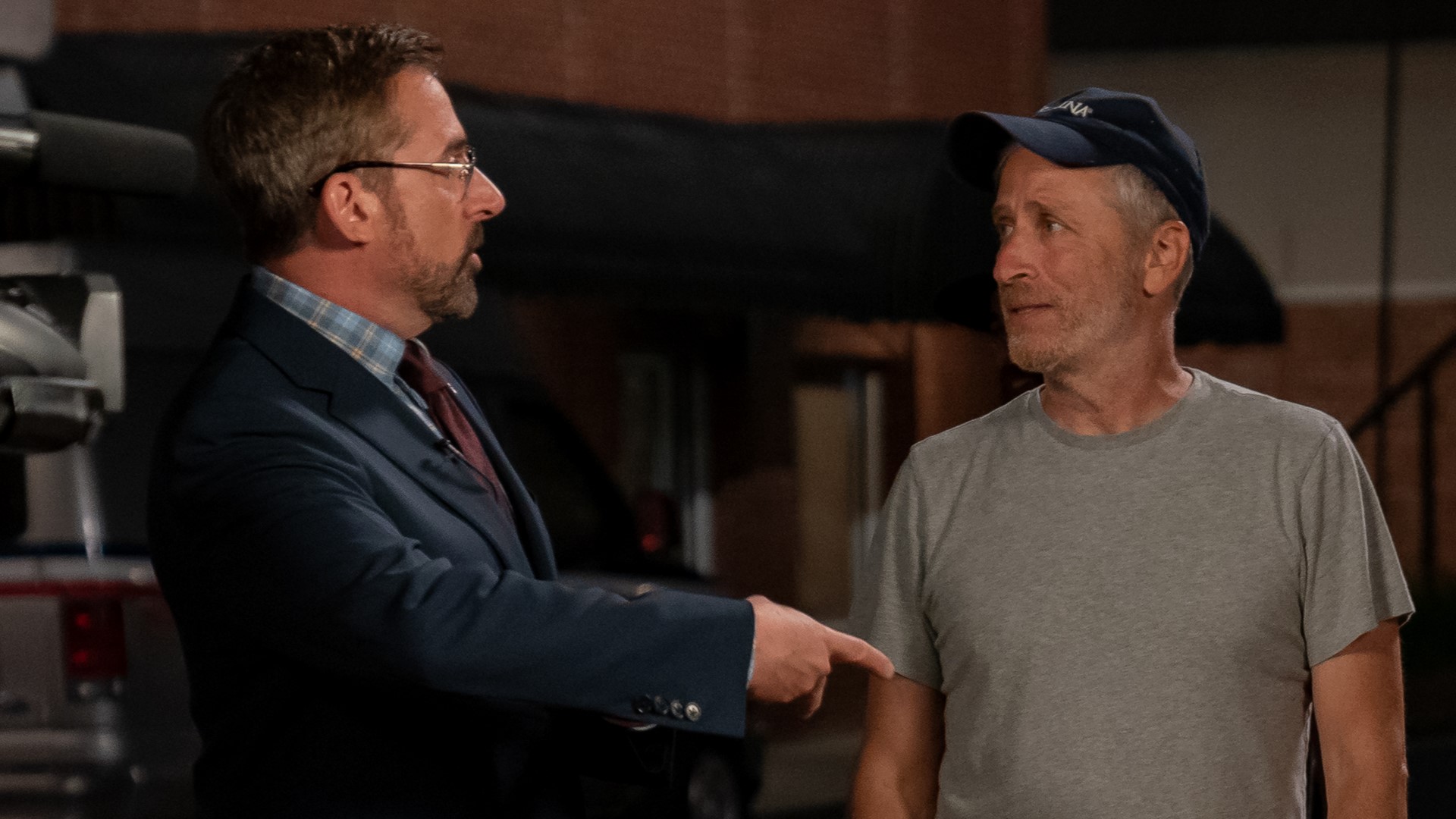 It was written and directed by someone who spent years studying and satirizing the political world: Jon Stewart.

"It's sort of designed to play on those cultural fault lines to bring you in, hopefully, so that at the end when we can step back and kind of take more of a macro view of everything, it can have some impact,” he said.

The film reunited Stewart with his Daily Show colleague Steve Carell. He plays a political consultant for the democratic party who moves to Wisconsin to recruit a seemingly perfect candidate, played by Chris Cooper.

"I was not going to miss the opportunity of working with Carell,” Cooper said. "And to watch Carell and Jon Stewart - they're working on the scene they're about to shoot and they're still cleaning lines and getting to the nut of the comedy, and that was kind of unusual."

Carell's republican nemesis is played by Rose Byrne, who at one point calls him “fat” before licking his face.

“I was so anxious and so nervous,” she said. “That was my first day, my first scene, I've had a long-standing acting crush on Steve Carell, I was so nervous.”

Irresistible is a light comedy that tries to tackle heavy issues and doesn't always land. But it will make you think – a satiric look at what's wrong with politics, on both sides of the aisle.

Irresistible is available for streaming from on-demand platforms on June 26.