Vince Vaughn talks about his role in 'Freaky' 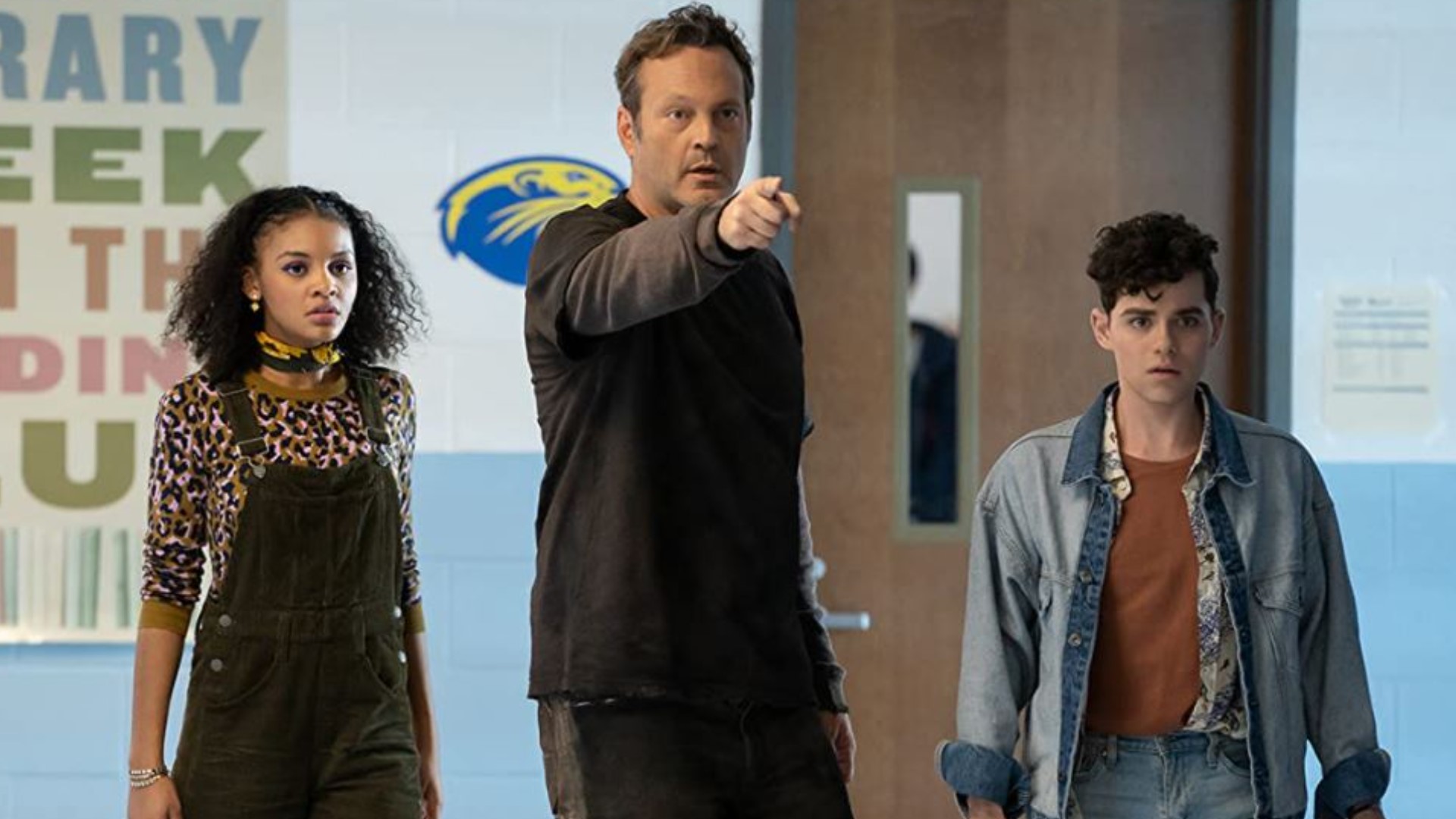 SEATTLE — If you didn’t get your fill of horror in October, a new slasher movie may intrigue you.

Freaky, starring Vince Vaughn and Kathryn Newton, is a horror/comedy about a high school girl who switches bodies with an older male serial killer.

Entertainment reporter Kim Holcomb talked to Vaughn and Newton about playing each other, mixing humor with horror, and superstitions.

HOLCOMB: "Vince, I never thought that you would have this moniker but after this movie I think you're a bonafide scream queen. Congratulations.”

HOLCOMB: "Did you have to practice this beforehand?"

VAUGHN: "It was easy to be kind of afraid, especially when you had Kathryn on the other side looking at you, putting those high beams, those death high beams on you."

NEWTON: "You've got to practice your scream for a horror film, you know? I was in the car, screaming in the car with my mom going, 'Does that sound good or does this hurt your ears?'"

HOLCOMB: "You got to wear the most iconic fashion in this film which was, of course, the Beaver mascot costume.”

NEWTON: “I didn't know where you were going with that - I was like, 'Is she talking about the red leather jacket?' But I agree, that beaver costume is 110% the most iconic costume I've ever gotten to wear. Those beaver feet fell off so many times but I think it just added to the comedy of it. It's one of my favorite parts of the movie - all the time, you're laughing."

HOLCOMB: "The secret handshake is a great moment in terms of revealing who really knows your (characters.) Vince, how would your kids know it was you?”

VAUGHN: “How would my kids know it was me? Maybe certain inside jokes that we have or ways that we kind of kid with each other."

NEWTON: "I think even if you swap bodies with somebody, your golf swing would still be the same. So I think if anyone saw my golf swing, they'd know that was Kathryn Newton in there.”

VAUGHN: “It is an exceptional golf swing. Kathryn Newton can bring it."

HOLCOMB: “When I hear ‘Friday the 13th,’ I still think of it as creepy. Are you superstitious about anything?”

VAUGHN: "I'm a little superstitious. I try not to be but if I see a penny I'll pick it up. I've always done that, I always believe it gives you a little luck. I used to have more superstitions when I was younger. As I've gotten older, I try to be like Dumbo and fly without my feather."

Freaky is rated R and is now available on Blu-ray.