Superheroes, a young girl, and a squirrel make 'Flora & Ulysses' fun for the whole family

The PG-rated fantasy film debuts on Disney+ this week 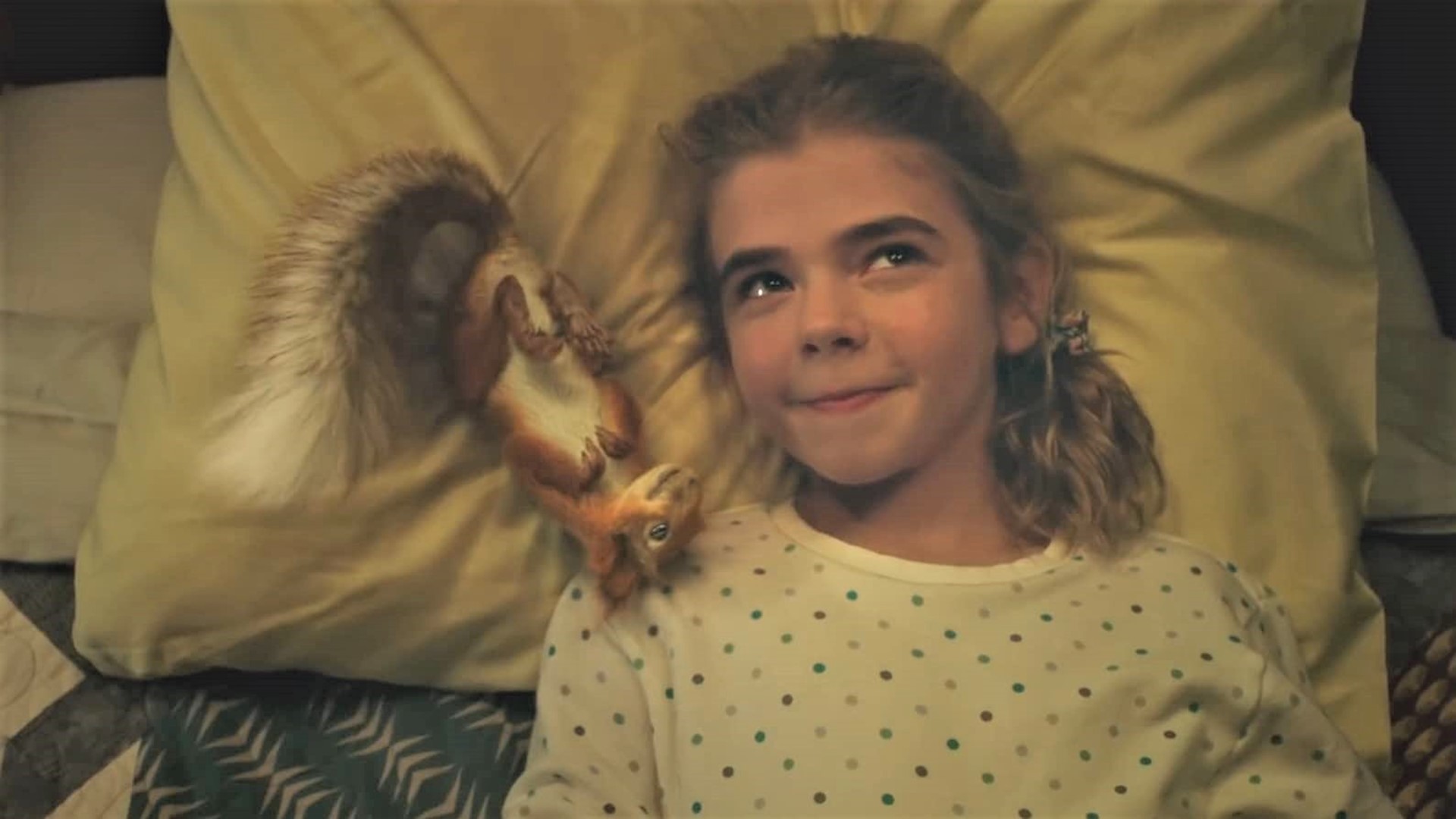 SEATTLE — A cynical 10-year-old, comic books, marriage troubles, and a squirrel with superpowers are the unlikely ingredients that create a fun family adventure movie coming to Disney+.

Based on the best-selling book, Flora & Ulysses follows a precocious little girl who’s navigating her parents’ separation when she saves the life of a squirrel she names Ulysses. When he begins displaying unique powers, he also manages to bring her family back together.

The fantasy film was shot in Vancouver, B.C. and stars Matilda Lawler as Flora, Ben Schwartz as her dad George, and Alyson Hannigan as her mom Phyllis.

HOLCOMB: "Did you have a chance to come down to Seattle, by any chance?”

HANNIGAN: “My husband's from there so I know it well."

HOLCOMB: “Do you guys come here often then?”

HANNIGAN: “Not often enough, especially if you talk to his mom because she wants to see her granddaughters more often."

HOLCOMB: "I work for the NBC station in Seattle so both myself and our viewers are big Parks and Rec fans, and I was struck by how George feels like the actual opposite of Jean-Ralphio, mainly in terms of confidence levels.”

SCHWARTZ: “That's exactly correct, he is absolutely that. He doesn't believe in himself. Jean-Ralphio thinks he's nailing it 100% of the time. George doesn't have any confidence in himself, never takes any risks, never takes any chances, and it takes Flora - Matilda's character - to give him the confidence and be himself a little bit more."

HOLCOMB: "Matilda, did Ben nail it as a dad?”

LAWLER: “Yes, I would say so. I actually think he would make a good dad.”

HOLCOMB: "Alyson, your character delivers a line that I am going to unapologetically steal which is, 'Old is the new new.'”

HANNIGAN: “I embrace it fully!"

HOLCOMB: "As a mom, I imagine that you - as I do - appreciate a good family film that also has lines and jokes that are really more for the adults in the room?"

HANNIGAN: "Absolutely, absolutely. I do not like watching myself on television. And for some reason, it was like I could separate myself and watch this as a family film, which was such a new experience. And then my husband and I are looking at each other like, 'It's so good!'”

HOLCOMB: "It was really extraordinary to watch you acting with Ulysses when he's nothing. How do you even rehearse for something like that?"

LAWLER: "There was a rat that I got to kind of hang out with for a little while before we started filming. We would play together, I would hold him, I would feed him, I would teach him tricks. Rats are actually really smart. Rats are underrated."

HOLCOMB: "What superhero name would you give Matilda after working with her on this film?”

HOLCOMB: "George works at Binders Keepers, and it’s kind of a soul crushing job. Ben, have you ever been able to say 'I quit' at a job, where you just relished the moment?”

SCHWARTZ: “I would never have the cajones to do any of that. Matilda, on the other hand, has quit. And every time she would come up to the boss and say, 'Hey you, get over here.' The boss would come over. 'Guess what? I quit.' And then she would throw her apron in their face and leave. Weren't you famous for that, Matilda?”

LAWLER: “Yeah, I mean that was my thing. (laughter)"

HOLCOMB: "We know Ulysses is very food motivated, so I'm wondering what snacks do you think a family should get together before watching this film so they can enjoy it while eating?”

LAWLER: “I mean, you've got to have some classic peanut M&M's. Maybe some Pop Tarts, some donuts."

HOLCOMB: "Peanut M&M's are the correct answer, because what is even the point of a plain M&M?”

SCHWARTZ: “Right, where'd the peanut go? You know what I like to do when I go - remember the movies, when we'd go to movies? I used to get a small popcorn and take Reese's Pieces, put it in there, shake it up and then it's like a little treat every time I'd hit a Reese's Pieces. One of my favorite things."

HANNIGAN: "(How about) all of the snacks? You know, it's a pandemic. Let's just eat our way through this."

Flora & Ulysses is rated PG and debuts on Disney+ February 19.