WSU scientists developed a way to triple the shelf life of ready-to-eat meals, including macaroni and cheese. 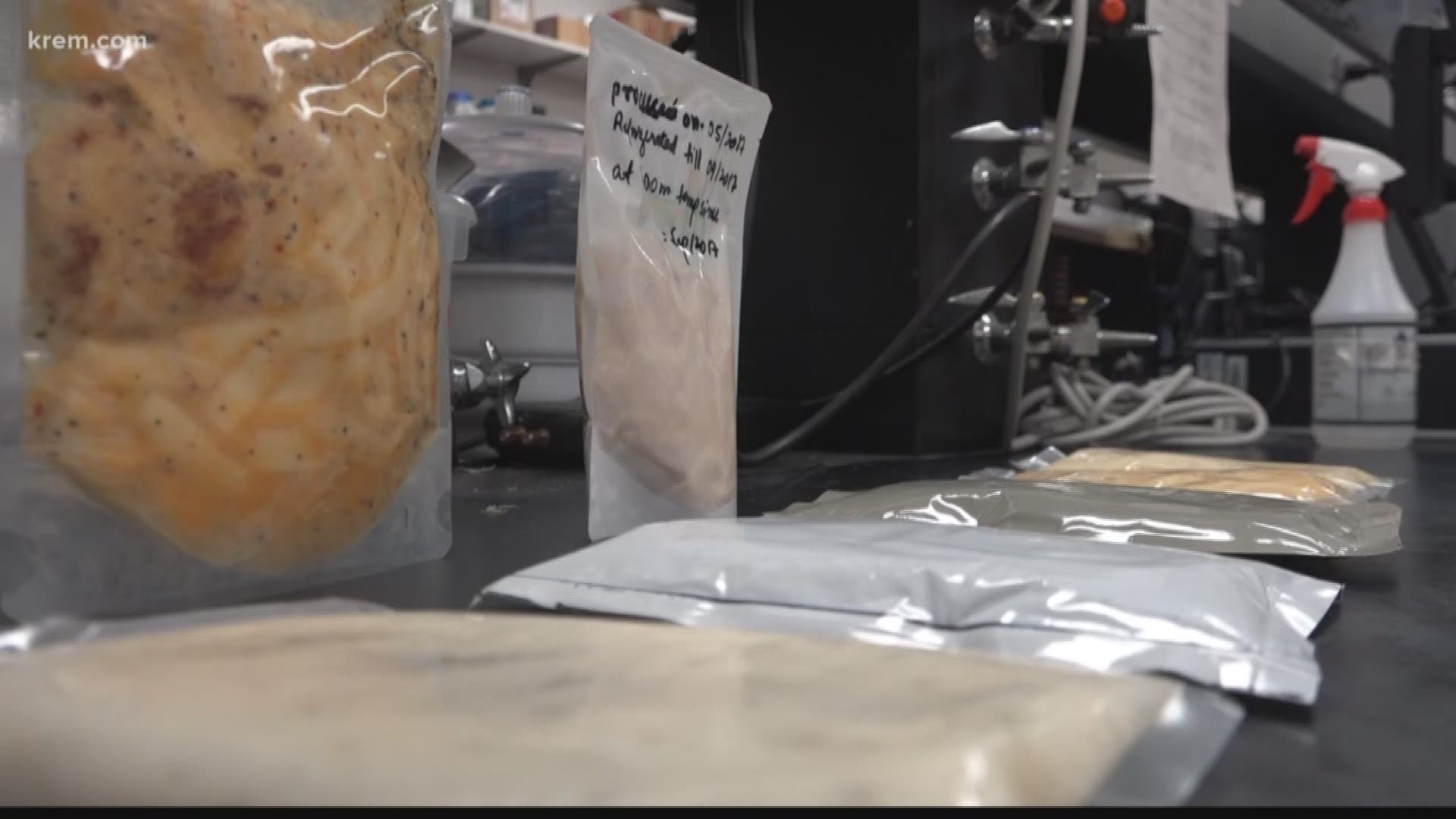 PULLMAN, Wash. — Macaroni and cheese is arguably one of the best comfort foods and while it may be delicious, the dish does not have a very long shelf life.

WSU scientists developed a way to triple the shelf life of ready-to-eat meals, including macaroni and cheese.

"The whole point of this is to have a longer shelf life to limit food wastage," said WSU PhD student, Juhi Patel.

It's a major development for packaged foods, especially for space travel and military use.

Right now, plastic packaging can keep food safe at room temperature for up to a year.

"The shelf life was about six to nine months as compared to, the shelf life of sterilized food product which is about two years in metal cans," said WSU Professor of Food Engineering, Shyam Sablani.

This makes the shelf life for food that most people prefer shorter. It's why for the last decade scientists at WSU have been looking into ways to keep food fresh for longer periods of time.

“We need a better barrier to keep oxygen away from the food and provide longer shelf-life similar to aluminum foil and plastic laminate pouches,” said Sablani.

The food itself is sterilized using a process called the microwave-assisted thermal sterilization (MATS) system, developed by WSU’s Juming Tang. The food must be sterilized in plastic, since metal, like tin cans, can’t be microwaved and glass is fragile and not a preferred choice of packaging for meals ready-to-eat (MREs). Glass is also too heavy for military or space uses.

Adding a metal oxide coating to a layer of the plastic film significantly increases the amount of time it takes for oxygen and other gases to break through.

The metal oxide coating technology has been around for almost 10 years, but it develops cracks when subjected to sterilization processes. That eventually compromises the food shelf-life, Sablani said. WSU researchers have been working with packaging companies to develop new films that keep oxygen and vapor out longer.

The packaging films are made up of multiple layers of different plastics. These few-micron thin layers have different purposes, like being a good barrier, good for sealing, good mechanical strength, or good for printing, Sablani said.

Sablani is a professor of food engineering, he's worked on this project since the start. He said they want to develop a product that can go to Mars, but with technology that can also benefit consumers on Earth too.

You won't find this product at the stores, their main customers are the U.S. military and NASA.

"They are expecting the shelf life of food products to carry to Mars for five years," Sablani said.

Why macaroni and cheese? Turns out it's one of the most requested meals soldiers and astronauts.

"One could actually put anything in this packaging," Sablani said. We asked, "what about about Cougar Gold cheese?" He replied, "Even Cougar Gold Cheese, yeah."

The packaging looks thin but actually has seven layers, each with a specific job to keep food safe and enjoyable top eat.

"The composition of the food and then the nutritional part, the texture, the sensory analysis," Patel explained.

This is one of a kind research happening at WSU. So if one day, humans land on Mars, they'll know dinner is served thanks to scientist back in Pullman.

The U.S. military already put in an order with WSU, they'll do field testing to see if the food lasts and if soldiers enjoy them more than MRE's. In taste panels conducted by the Army, the mac and cheese, recently tested after three years of storage, was deemed just as good as the previous version that was stored for nine months according to WSU. 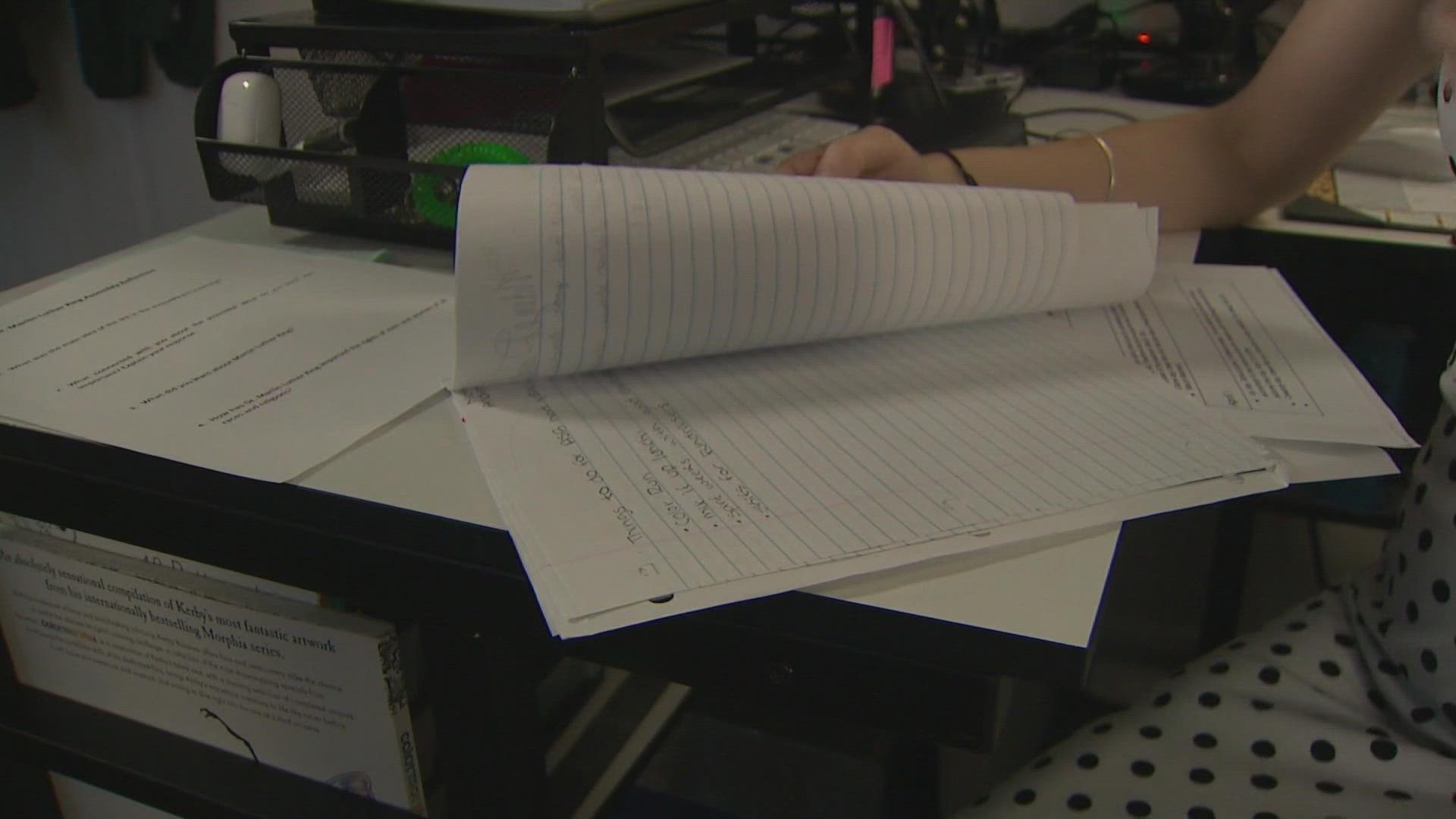