As some teachers push back against in-person learning, Gov. Jay Inslee is trying to make examples of districts that have already brought students back to class. 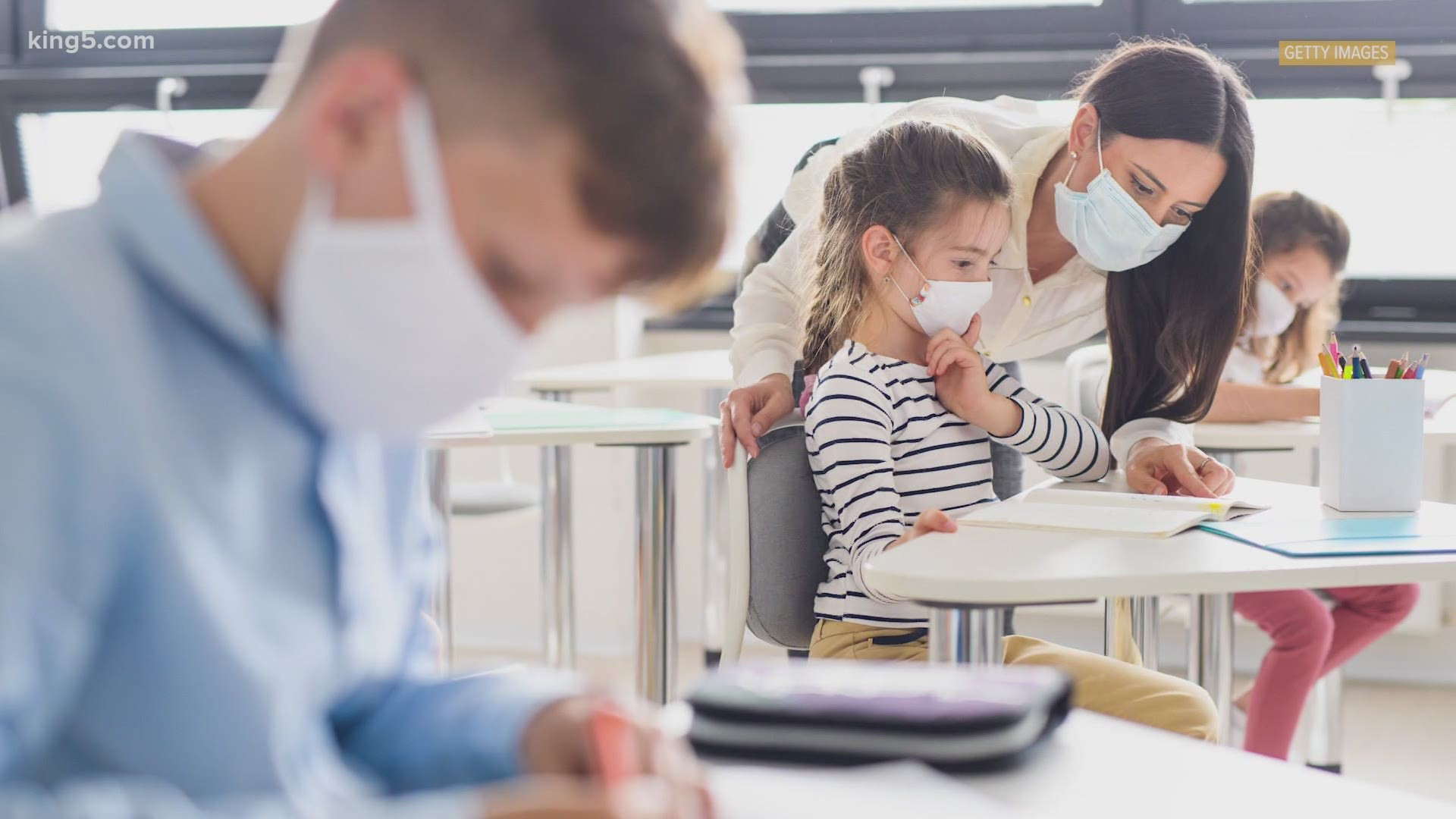 OLYMPIA, Wash — As state lawmakers work on legislation to help businesses and individuals impacted by the pandemic, Gov. Jay Inslee is trying to get more students back in class.

”We hope that people listen to what other districts are doing,” Inslee said.

Inslee's tour came as a growing number of districts are bringing students back for in-person learning.

But teachers in some districts are pushing back against the start dates until all of them can get vaccinated.

Inslee said Elk Ridge, a school of more than 400 in the White River School District, is proving that with safeguards in place, students can be safe in the classroom.

He said those over 65 and health care workers need to remain the priority when it comes to vaccinations.

“Obviously, it's just common sense that we first vaccinate the people who are in the danger zone, and that's older people. And that's what we're doing,” Inslee said.

“When we get through that group or through at least half of that group will move to the next step, which will be teachers and grocery store workers and childcare workers.”

The week also saw a group of Republicans form a new caucus, the Freedom Caucus.

Erickson said the group remains part of the Republican Senate Caucus and said they are willing to take other members, no matter their party, if they share their concerns.

“We see a Democrat majority that’s pushing through probably the most radical agenda we’ve seen in the history of Washington state,” said Ericksen, “The Freedom Caucus is here to listen to those people, and give a voice to those people who voted for 30-dollar license tabs, who have voted consistently against higher taxes,” Ericksen said.