Washington teacher strikes: What we know

Does your child's district have school today? Find out here. 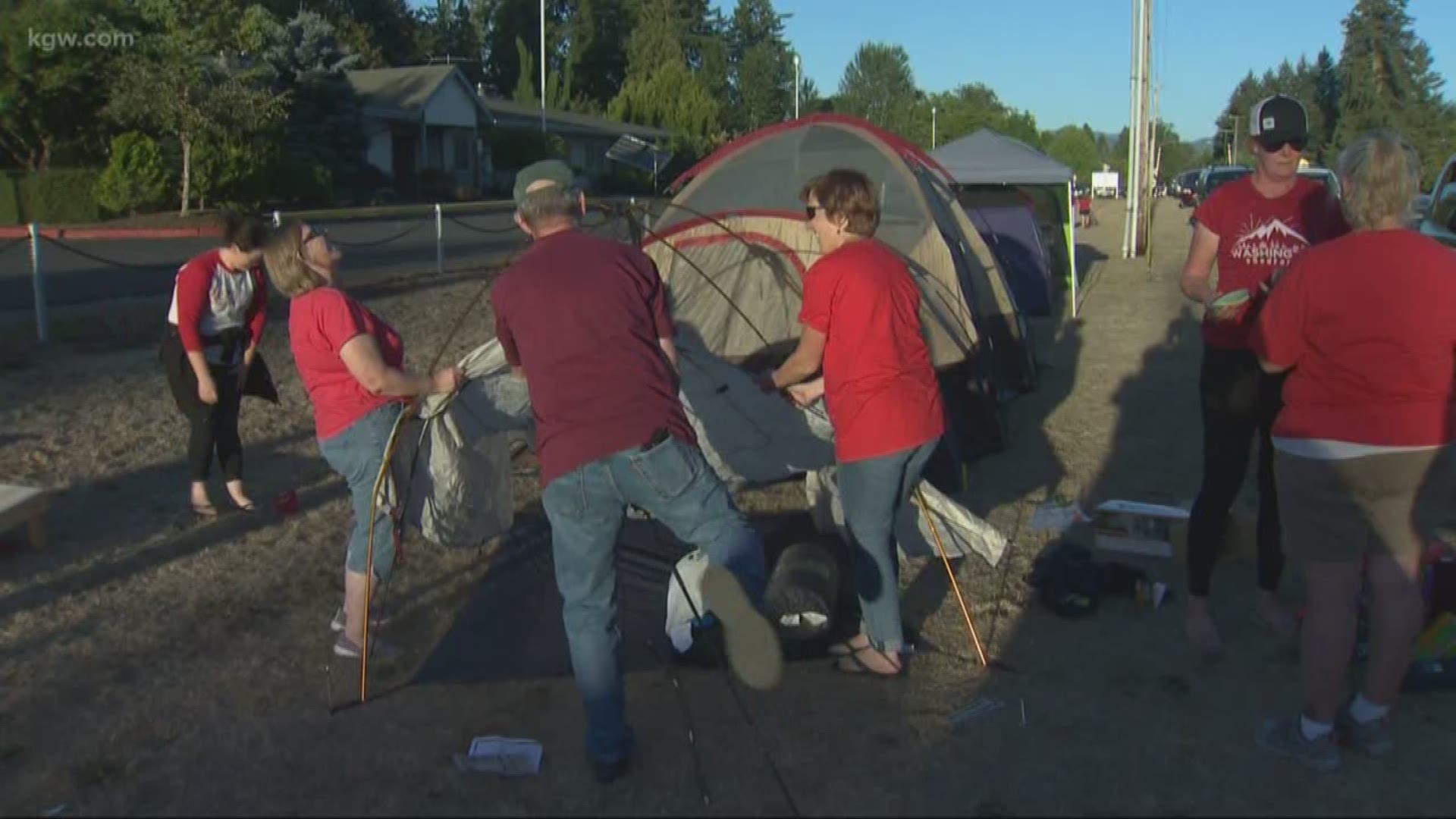 VANCOUVER, Wash. — Seven of eight school districts in Southwest Washington have reached agreements, ending labor standoffs that delayed the start of school for thousands of students.

Here's a look at the latest information for each district. This list will be updated each day.

The latest: Battle Ground Public Schools has announced classes are canceled Tuesday, Sept. 11. The first day of school was supposed to be Wednesday, Aug. 29. The teacher's union and district remain $4.7 million apart in their offers, which represents an 8 percent difference in teacher salaries, Battle Ground Public Schools said in a statement Monday.

Number of days lost so far: 9

Contract proposal from the district

The latest: They have a deal. The Camas School District and Camas Education Association achieved a tentative agreement Sunday. The CEA voted on formal approval on Labor Day, and school started as scheduled on Tuesday, Sept. 4.

The first day of school was initially scheduled be Tuesday, Aug. 28.

Latest updates and proposed contract from the district

The latest: Classes in the Hockinson School District started Tuesday, Sept. 4 after a settlement. The first day of school was supposed to be Wednesday, Aug. 29.

“We appreciate our community’s patience during these negotiations and their enthusiastic support for education in Hockinson,” Superintendent Sandra Yager said in a prepared statement. “We are eager to welcome our staff and students back to school and to embark on another exciting school year.”

On Friday, a judge ordered employees of Longview Public Schools to be back at work on Monday, Sept. 10 after the district filed a motion in Cowlitz County Superior Court. Classes will start on Tuesday, Sept. 11.

The first day of school was supposed to be Wednesday, Aug. 29.

The latest: The Ridgefield School District started class on Sept. 4 after a settlement was reached. The first day of school was supposed to be Wednesday, Aug. 29.

"A big thank you to the bargaining team members on both sides and an equally big thank you to our community for their patience during the process. We can't wait to see you on Tuesday," the Ridgefield district announced on its Facebook page.

The latest: Vancouver Public Schools started classes on Wednesday, Sept. 5 after a settlement was announced. The first day of school was supposed to be Wednesday, Aug. 29.

The deal reportedly included a 12.5 percent salary increase. It passed with 93 percent approval.

The latest: The Washougal School District on Thursday said the Washougal Association of Educators ratified a two-year contract. School started on Friday, Sept. 7. The first day of class was supposed to be Tuesday, Aug. 28.

WHY ARE TEACHERS STRIKING?

According to a spokesperson with the Washington Education Association, it was a "once in a lifetime" opportunity to ask for a big pay increase, and retain qualified teachers after years of underfunding by the state.

It all started with the McCleary court decision in 2012, that found Washington wasn't doing enough to fund education. Since then, the state legislature has approved billions of dollars to fund schools, including $2 billion that would go directly to teacher salaries.

The funding for each school district was being negotiated on a local level, and the Washington Education Association says they have negotiated salary increases in more than 30 districts.

The Washington Education Association has published an interactive map showing districts where unions have reached agreements. View the map here.