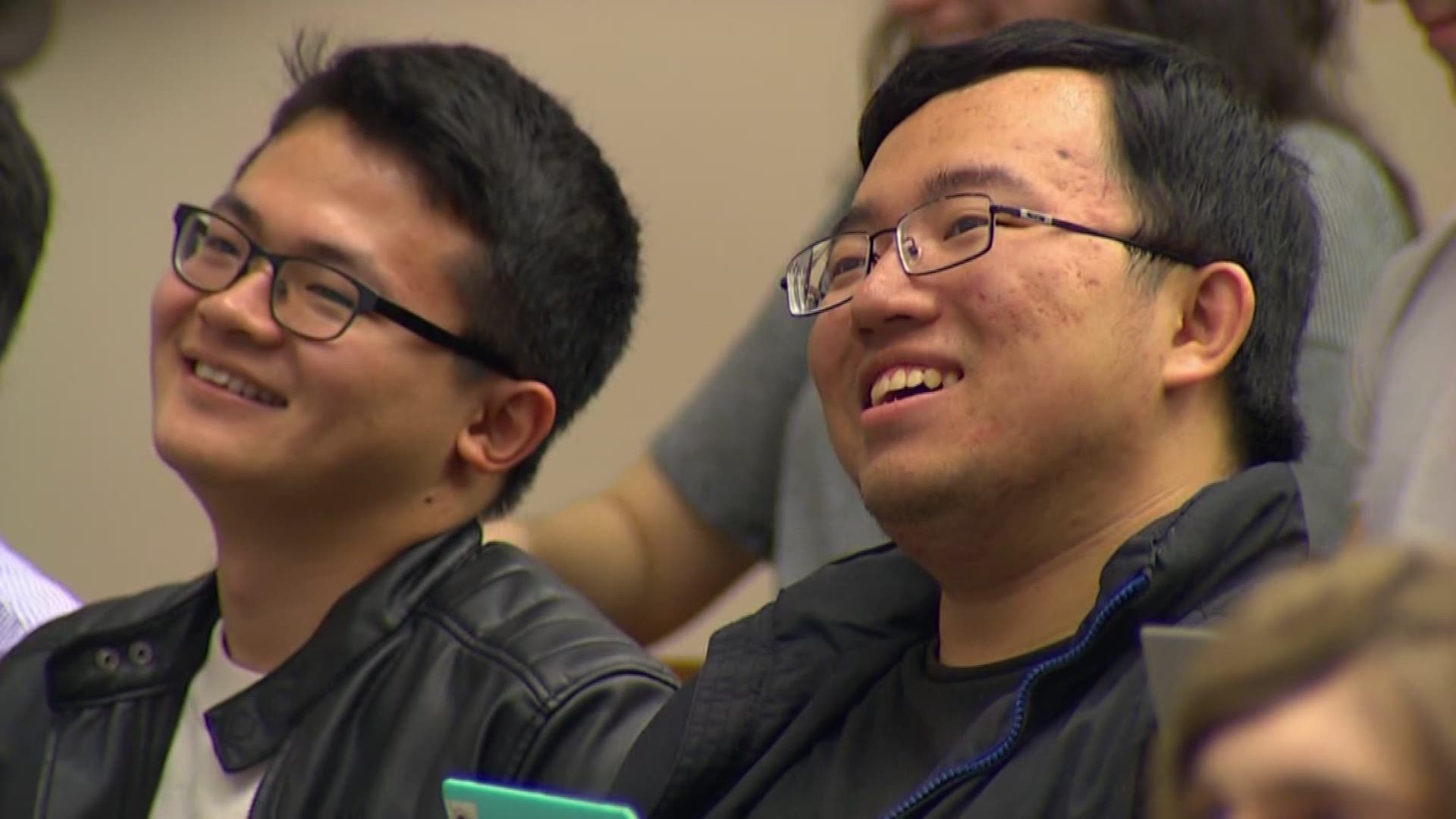 A University of Washington class titled "Calling Bull**** in the Age of Big Data" has drawn worldwide attention and even a book deal for the professors. And the school doesn't censor the second half of that particular word.

Assistant Professor Jevin West and Biology Professor Carl Bergstrom stood in front of a packed auditorium Wednesday. An overflow of students had to sit on the stairs. The lecture was broadcast to the world. The professors continue to balance local and national media requests.

The professors adhere to this definition of the word: BS is language, statistical figures, data graphics, and other forms of presentation intended to persuade by impressing and overwhelming a reader or listener, with a blatant disregard for truth and logical coherence, according to the class’ website.

“I think people are sick of seeing pollution, and I think they just want to clean it up,” said West, knowing they’ve hit a nerve.

“Looking for (BS) in your media diet is a habit of mine that we all need to get into,” Bergstrom said to the class, referring to fake news stories plaguing the internet.

“Partly what we have to do as a society is adapt to the social media ecosystem where we’re all responsible,” he added after the lecture.

“My hope is this next generation of students will be more skeptical and pausing and looking at patterns of falsehoods,” he added.

The professors maintain the class isn’t partisan and isn’t aimed at the Trump Administration. The two claimed they started developing the course in 2015.

Students like Diego Chavez were intrigued. He added the one-hour elective to prepare him for post-graduate life, he said.

“When I signed up for this course, all I knew is that it had the word ‘BS’ in it and I thought that was funny and fascinating,” said the senior.

“I don’t think I ever would have found myself doing my academic research on my Facebook profile,” he said as he scrolled through his News Feed on his first assignment looking for red flags.

KING 5 reporter Ryan Takeo is also the host of  "The Sound", a podcast from KING 5 that takes a deep dive into the Pacific Northwest's biggest stories.