St. Therese Catholic Academy and and University Child Development School in Seattle have begun using facial recognition software in an effort to make their buildings more secure and know who's on campus. 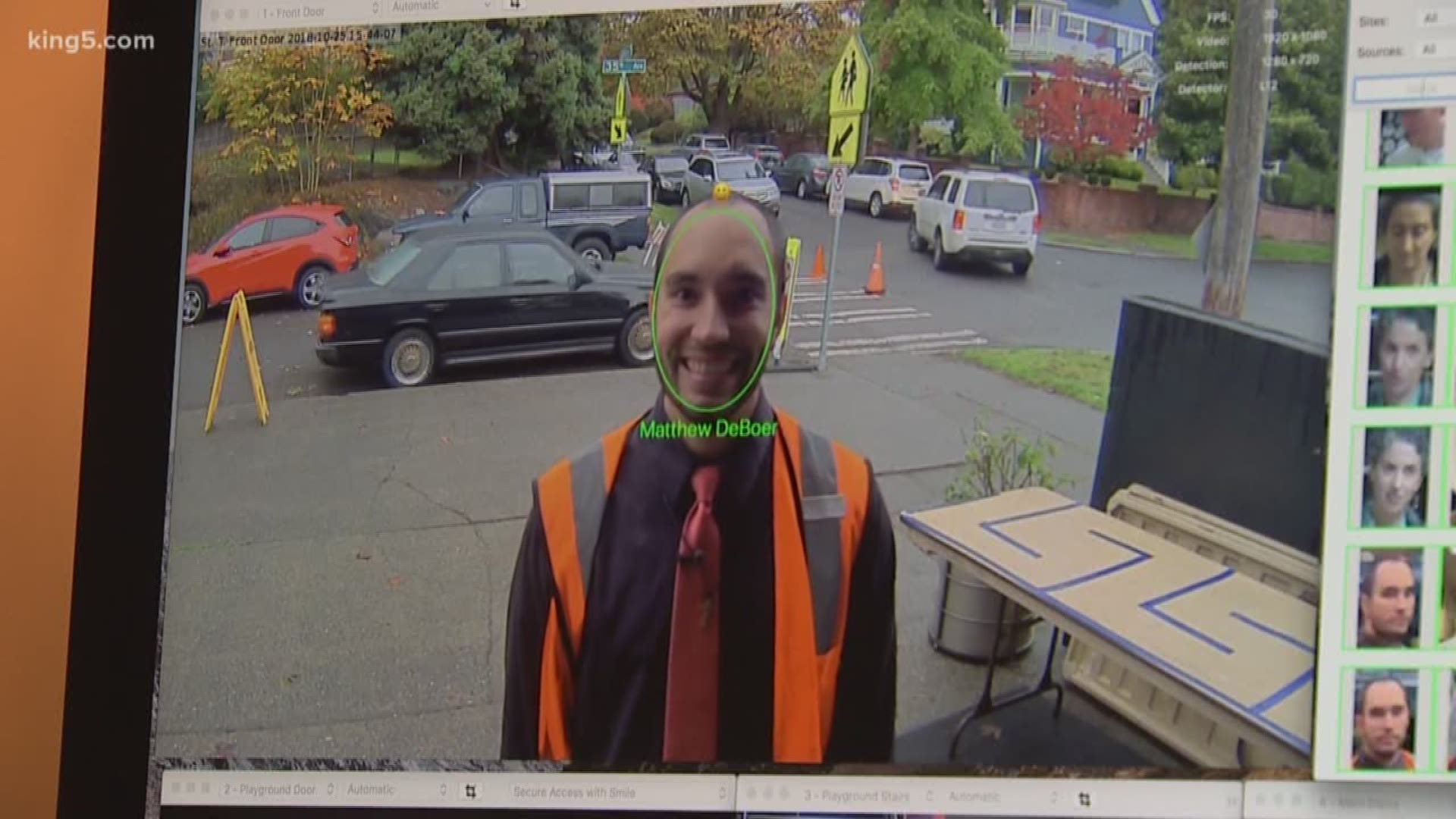 SEATTLE — If you want to get through the front doors at Seattle’s St. Therese Catholic Academy, you need to smile. A smile from someone who’s been registered into the school’s facial recognition system triggers a computer to open the doors.

St. Therese and University Child Development School are two of the first dozen schools across the country using the facial recognition software provided by Seattle-based RealNetworks.

The company is allowing schools to upload the software for free.

”We felt a lot of schools are adding cameras, but they just don’t have the capacity to do a lot with it,” said Mike Vance, RealNetworks senior director project manager.

He said the company is talking with schools in 25 states interested in the software.

Vance said critics have raised privacy concerns, but he said RealNetworks does not have any access to the data collected by the cameras; that information is controlled by the schools.

”They really own it in the same way they own attendance records, grades, medical records for the school nurse, everything,” said Vance.

In addition to granting access to approved and registered individuals, a school can register a parent or recently fired employee as a threat. Alarms can be sounded, group texts sent out, and police can be contacted.

At St. Therese, the staff and volunteers are all in the system.

“I don’t see any reason why you wouldn’t want to know more about who is on your campus,” said DeBoar, who said they may eventually add parents and students to the system on a voluntary basis.

He thinks it makes school not only safer, but hopefully will put families at ease.