The second of three small-group discussions on the Spokane school budget deficit was held at the high school facing the most layoffs. 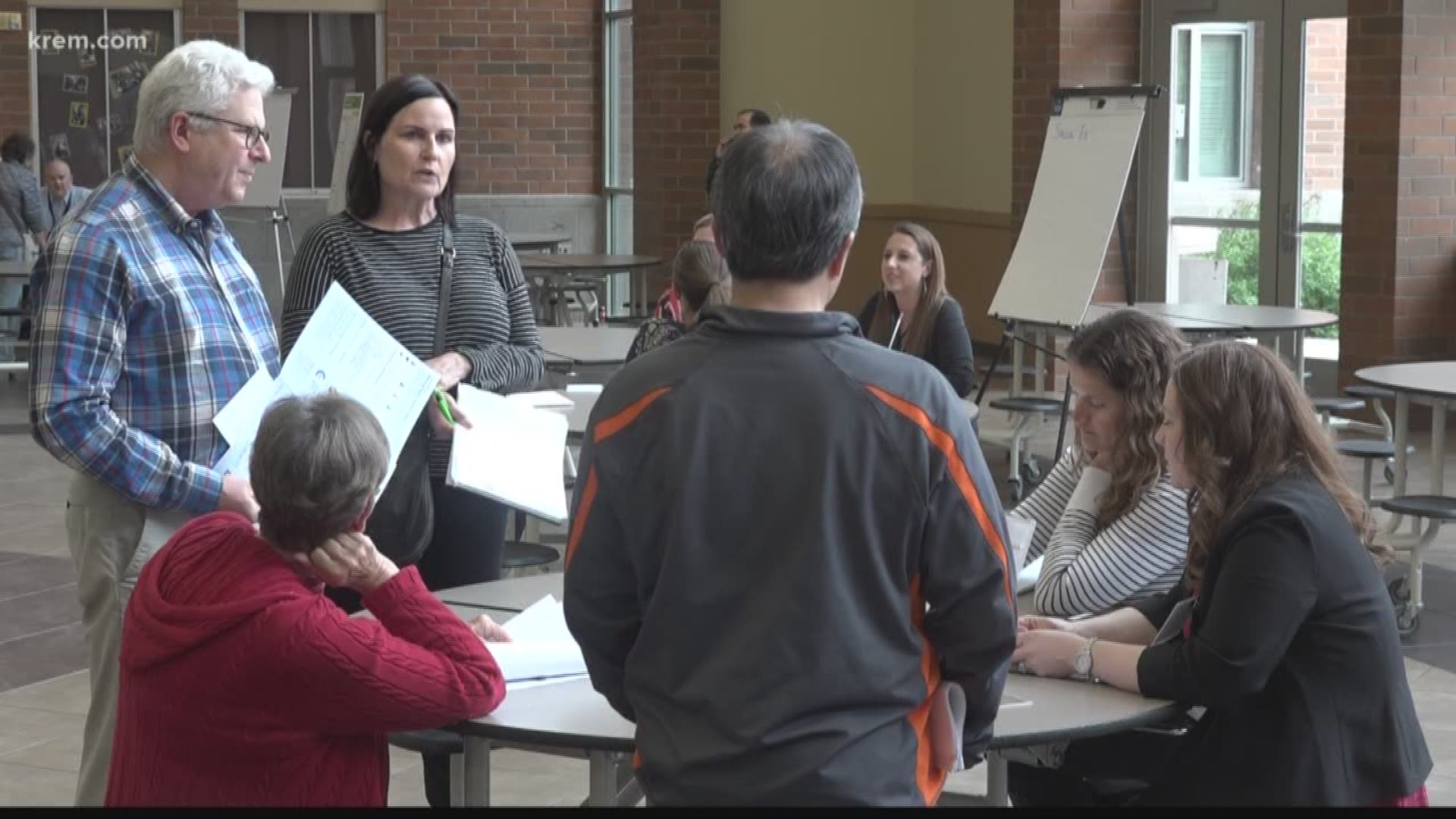 Staff, students and families had another opportunity to voice their concerns and get their questions answered at a meeting hosted by Spokane Public Schools.

The meeting at Rogers High School was organized in small-group discussion format, with about a dozen tables with experts at them dedicated to specific issues pertaining to Spokane Public Schools' massive budget shortfall.

The most popular tables on Wednesday night: the local levy, the change in library model and staff cuts.

It makes sense that the staff cuts table would be so popular at this meeting since Rogers High School is facing by far the most layoffs of any school in the district.

The cuts, however, do not mean Rogers will actually end up with 16 fewer teachers come September. Staff will be shuffled around the district to meet various needs.

At the Rogers meeting, the table dedicated to staff cuts was full throughout the evening.

One participant was Rachel Green, a school nurse in the district who received a layoff notice.

"Right now's kind of a scary time for our kids," Green said.

She came to the meeting to advocate for nurses directly and learn more about what the district has in store for them.

"[I'm here to learn] what's upcoming and what to kind of expect," she said. "Also to learn more about whether or not they're going to pursue this new levy."

That levy was also a top priority for many meeting participants, as was the changing library model. This was true of the first meeting on Tuesday night at Shadle Park High School as well.

RELATED: Will Spokane taxpayers be asked to spend more on education?

Similar to the first meeting, the feedback about the small-group setup was positive.

"I think it's awesome because they can actually hear from the community and see really what the community feels like our kids need," Green said.

"I like this format because you don't have to sit and listen to somebody talk before you get to speak," said Kate Jones, another concerned citizen at the meeting.

The third and final installment of these discussions will take place on Thursday night at Ferris High School between 5 and 7 p.m..