The books have a student's native language on one page and the English translation on the other. 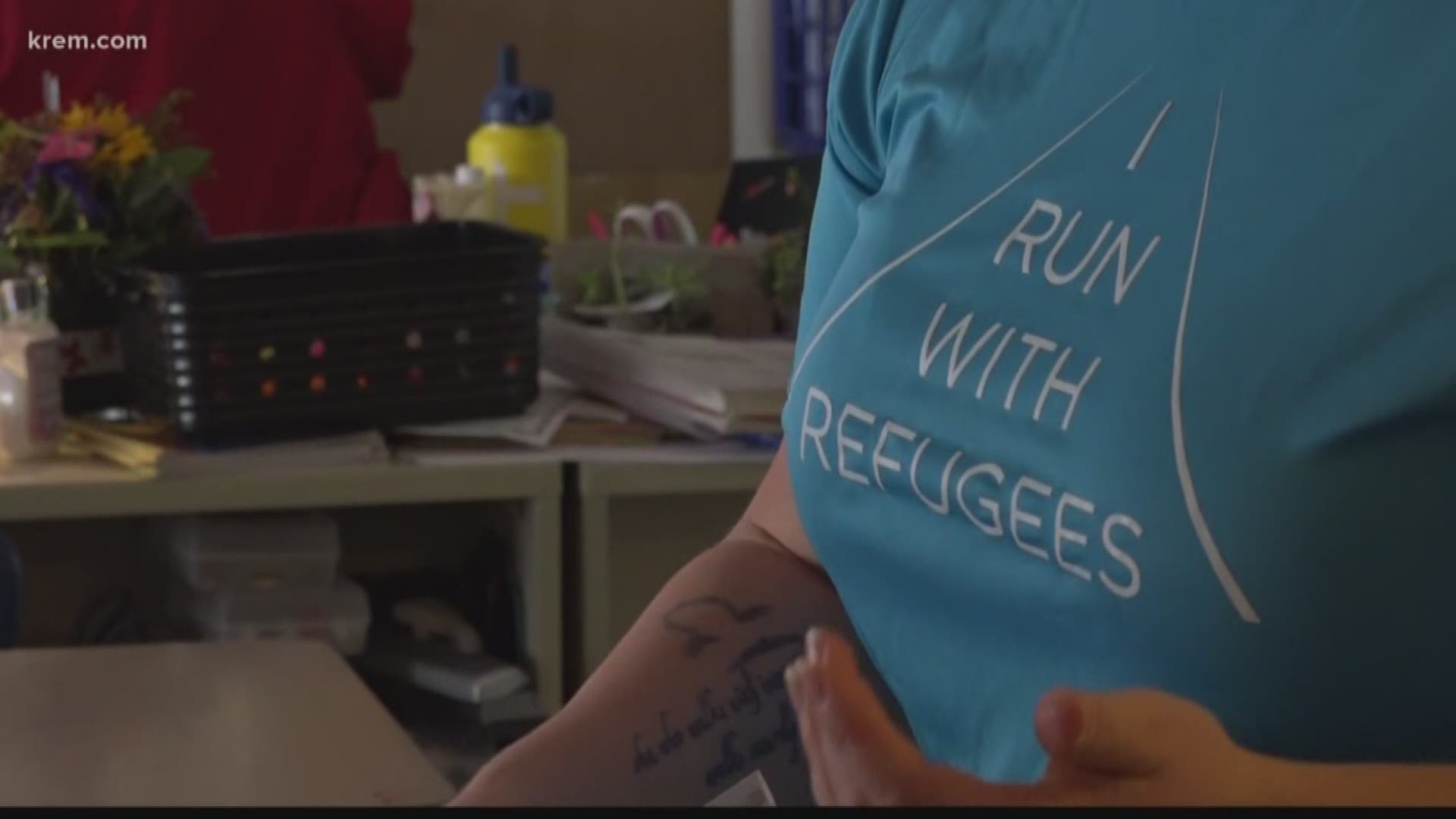 Kamian Truman started with two books, but after two years collected more than 100.

"Research shows that if you have a strong native language, then your English will actually be stronger" she said.

The books have a student's native language on one page and the English translation on the other.

Many of Truman's students are immigrants or refugees. She said having books in their native languages makes the students feel more comfortable when learning a new language.

She said it also helps them stay refreshed in their first language.

"When they first come into my classroom and they can see, for example, a writing in their own language, it immediately is exciting. And they know that this is a safe place," Truman said.

But sometimes finding enough books to fill the shelves is difficult.

Because some languages aren't as common as others, she has to reach out to private authors in those countries to ask if they can send their books to the US.

"I've got kids coming from multiple countries. Even being able to find the books in print if they exist is why (some) bins are a little thin," Truman said.

But she said the search is worth the extra effort when she sees how the books are benefiting her students.

Bilal Alaameri and his family moved to Spokane from Syria when a war threatened their home. He completed Truman's class and said something as small as a library helped him become more grounded in his new country.

"I can be able to still know my culture, and it helps me read English words, some Arabic words. So it makes it easier to read," he said.

"When I get new students that I don't yet have book for in their language, there's a lot anticipation," Truman said. "But they just get so excited when they find that book that is in their first language. That fills my heart."