The Seattle Education Association took a vote of "no confidence" against the superintendent. The district said the impasse affects hundreds of students. 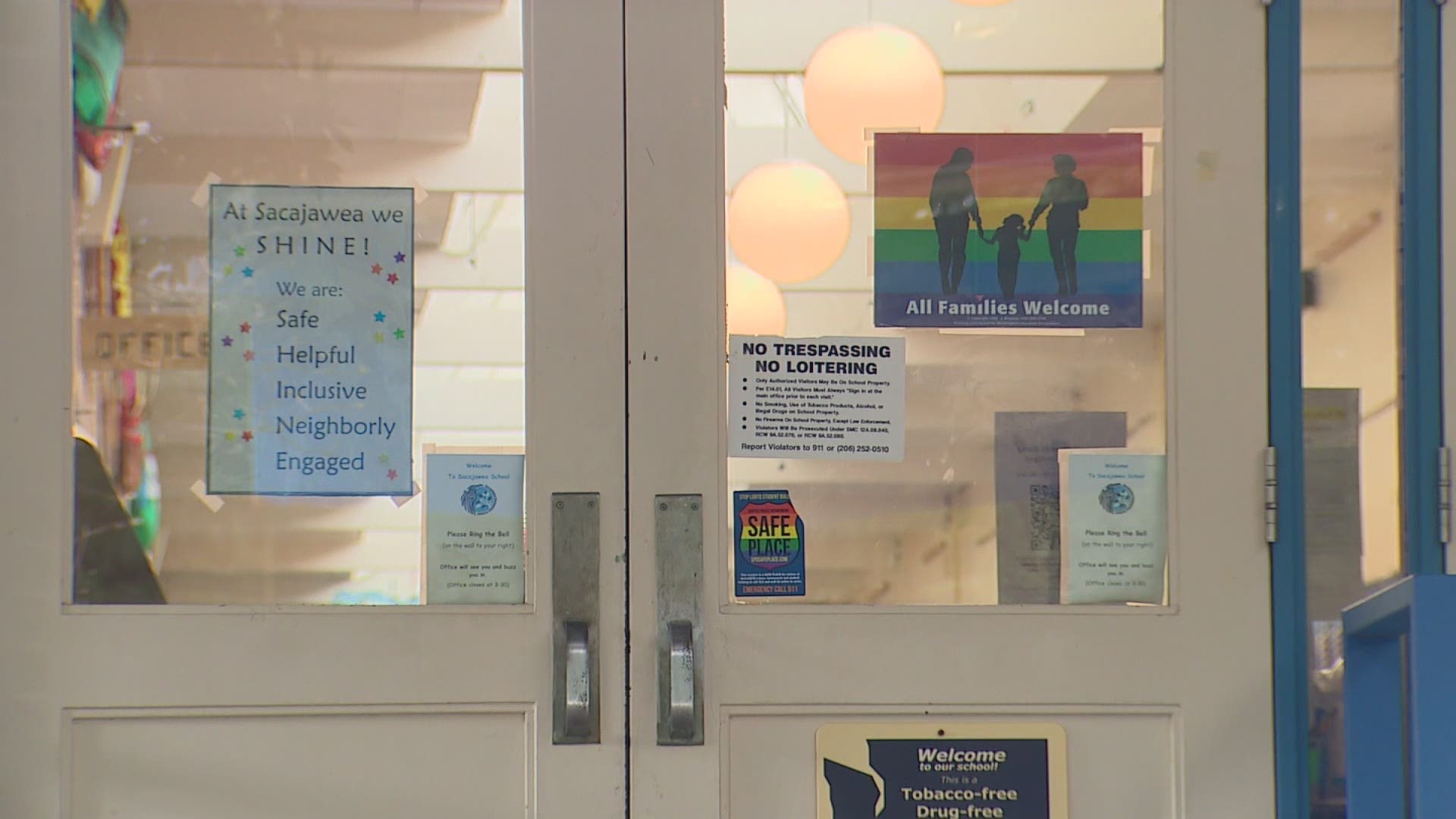 SEATTLE — The Seattle teachers' union said it has no confidence in Superintendent Denise Juneau or the district's plans to return some kids to in-person instruction.

The vote, late Wednesday, was followed by a stern public rebuke from the district office, which declared the union "voted to disregard the current MOU that allows Seattle Public Schools to deem work as essential in our pandemic response." The MOU is a memorandum of understanding.

It is another public display of conflicting opinions about a return to class in the state's largest school district. Seattle Public Schools (SPS) previously announced Special Pathways students would return on March 11, but the teachers' union filed claims of unfair labor practice.

There are no plans to return yet for kids in kindergarten or above.

"It sounds like they're just deadlines, arbitrary deadlines," said Davina Diaz, who would be one of the instructors forced back next week. "My question would be who's, who's creating these deadlines?"

School Board President Chandra Hampson said she understands the underlying lack of trust between teachers and district leadership.

But, Hampson said there are hundreds of children that are impacted by the standoff. She said 850 students districtwide are enrolled in Intensive Service Pathways (ISP) and will be phased in next month.

All told, Hampson said there are 1,800 students enrolled in the program, and 56% of those are students of color, and that the district believes there is an equity issue that needs to be addressed.

Hampson also said if teachers don't return there are "backup plans," which include bringing central staff employees into schools to fill the gap.

The acrimony comes as enrollment numbers continue to decline. Currently, nearly 54,000 students are enrolled in SPS.

Seattle Mayor Jenny Durkan did not comment on the issues between SPS and the teachers’ union but did voice her support for seeing Seattle students back in the classroom.

“We know that not having the in-class education really sets our kids back, particularly our kids of color who are already struggling with the opportunity gap here in our Seattle schools,” said Durkan. “Every month [students are] not in school jeopardizes their future.”

According to data from the Office of Superintendent of Public Instruction (OSPI), kindergarten enrollment is down 16.2%, first-grade is down 5.1%, and an overall decline of 3.0%. Hampson said unless the legislature intervenes, the headcount will mean a reduction of $22 million from the SPS budget.

Seattle is not alone in fighting enrollment challenges. The same OSPI data shows that Tacoma projects a 4.8% drop and Kent with a 5.3% drop in enrollment. Everett is down 3.8%, and Highline is down by 2.4%.