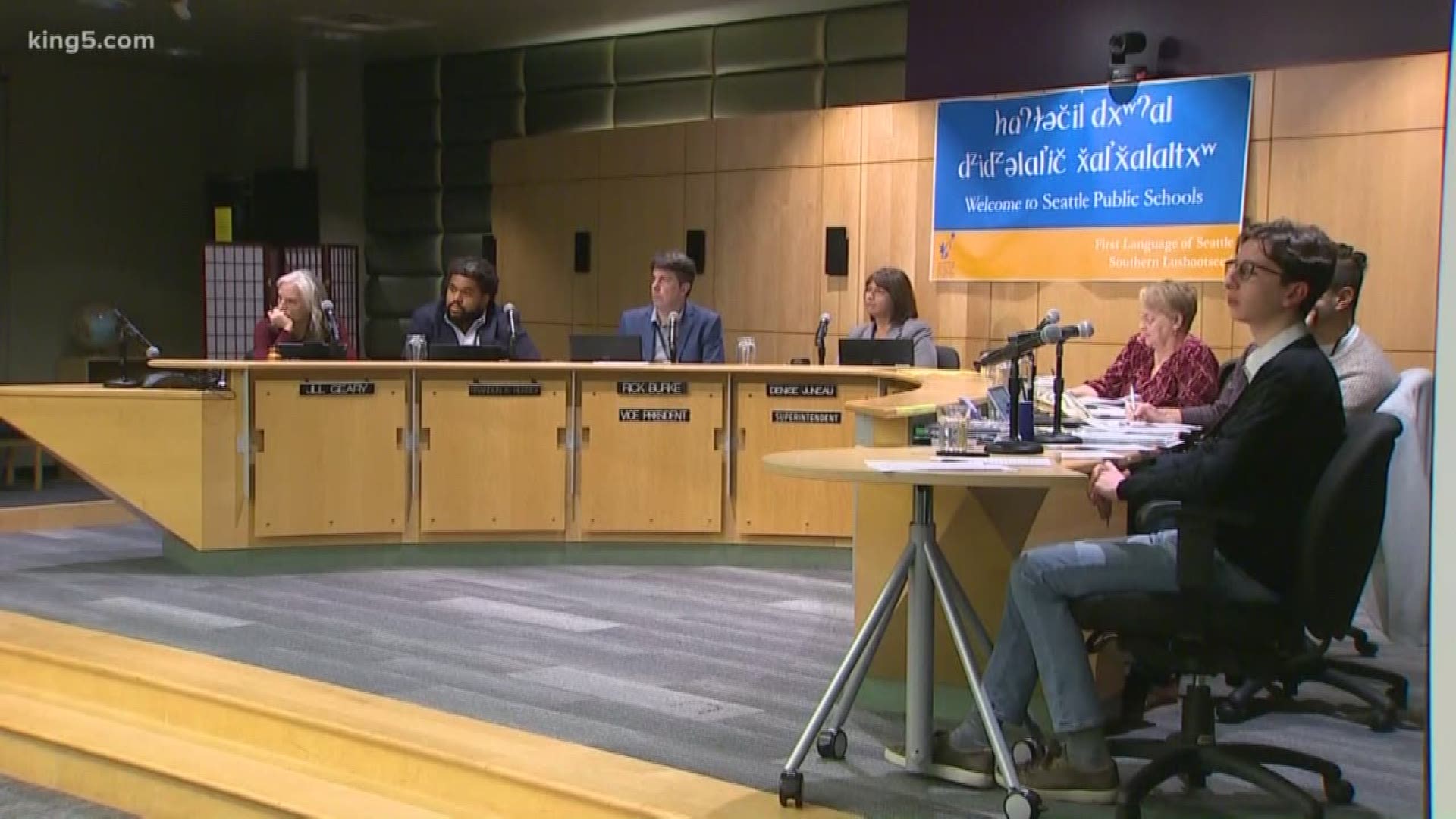 SEATTLE — Editor's note: The above video aired on KING 5 prior to the vote approving the new program took place.

The Seattle School Board approved a new STEM program at Washington Middle School during a vote Wednesday evening.

Seattle Public School officials say the new program will help students of color get more opportunities and close the racial divide in schools.

Seattle Public Schools will now operate Washington Middle School in the Central District alongside the nonprofit Technology Access Foundation (TAF). The nonprofit uses a STEM-focused learning model as a way to provide educational equality for students of color and low-income families in public schools.

The new program has been met with controversy because it will eventually phase out Washington's Highly Capable Cohort (HCC) program that's already in place for advanced students.

HCC is for students who demonstrate high academic achievement and don't do well in a typical classroom environment. The program exists in a network of schools in Seattle.

According to the Seattle Times, the Seattle Public Schools Superintendent said the HCC program has mostly enrolled white and Asian students, creating a racial divide in education.

The new STEM program in coordination with TAF will start this Fall and be in place for the next 10 years.