A Seattle Education Association member says teachers are concerned about aging infrastructure at schools and airflow, and how it could impact COVID-19 safety. 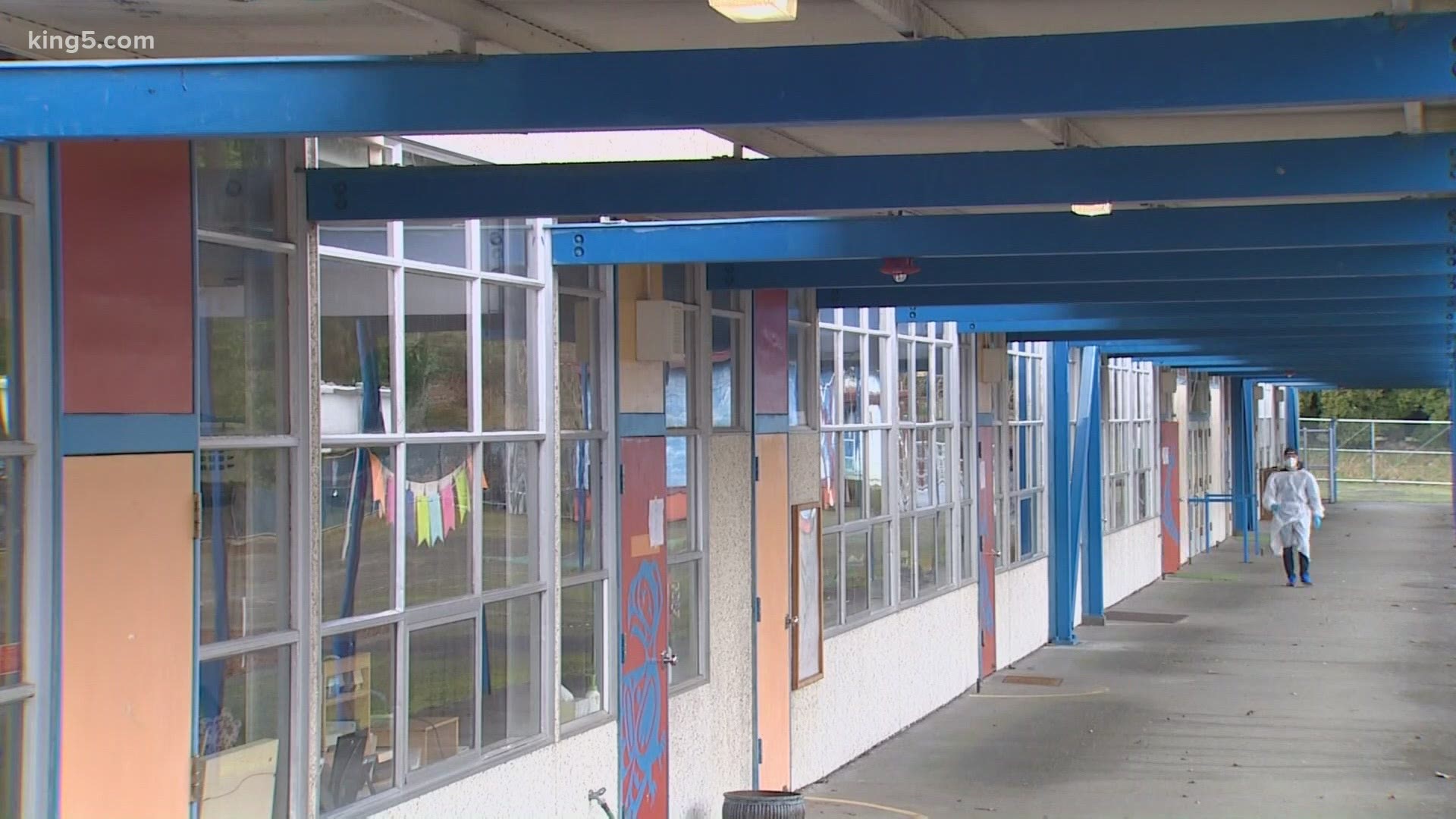 SEATTLE — Seattle Public Schools (SPS) and the Seattle Education Association (SEA), which represents the district's teachers and staff, were back at the bargaining table Tuesday trying to reach an agreement about COVID-19 safety concerns.

SPS is continuing to negotiate with the union, and in a statement Monday said their buildings are ready to welcome teachers and students.

"Buildings are ready with personal protective equipment (PPE); health and safety protocols are in place; plans for student transportation and meals are in place," the district said in its statement.

However, Vaughan Amare, who is a Seattle Public Schools psychologist and member of the union, said teachers would like to see something in writing regarding navigating aging school buildings and airflow.

"I mean, one of my offices was literally in a custodial closet that had been converted into an office," said Amare. "We’ve got buildings that are 50 years old, that are 70 years old. There are buildings that have been retrofitted. But they weren't retrofitted in the context of thinking about what is going to be safe with a viral and airborne virus."

Across the state, Gov. Jay Inslee toured an elementary school in Spokane on Tuesday to hear from students and staff who are returning to in-person instruction.

However, when it comes to Seattle, Amare said it's like "comparing apples to oranges."

While SPS said it's been implementing plans for a phased increase of in-person learning since December, including preparing the buildings, Amare said the union wants their concerns about infrastructure addressed specifically in writing.

The SPS Board of Directors plans to hold a special board work session on Thursday, Feb. 25 at 4 p.m. to discuss the next steps. 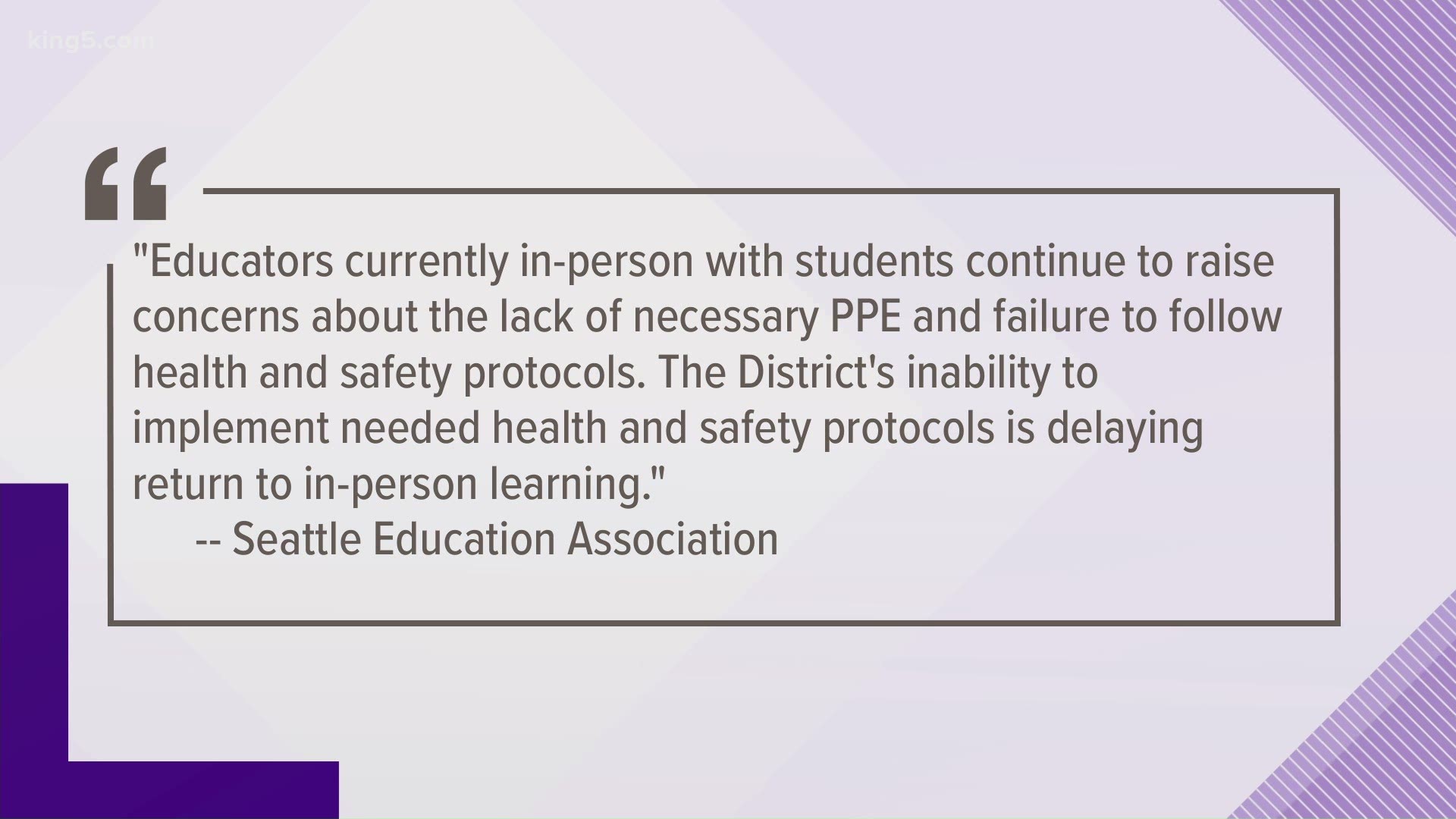