Seattle children in pre-kindergarten through first grade will not return to in-person learning by March 1 as previously hoped. 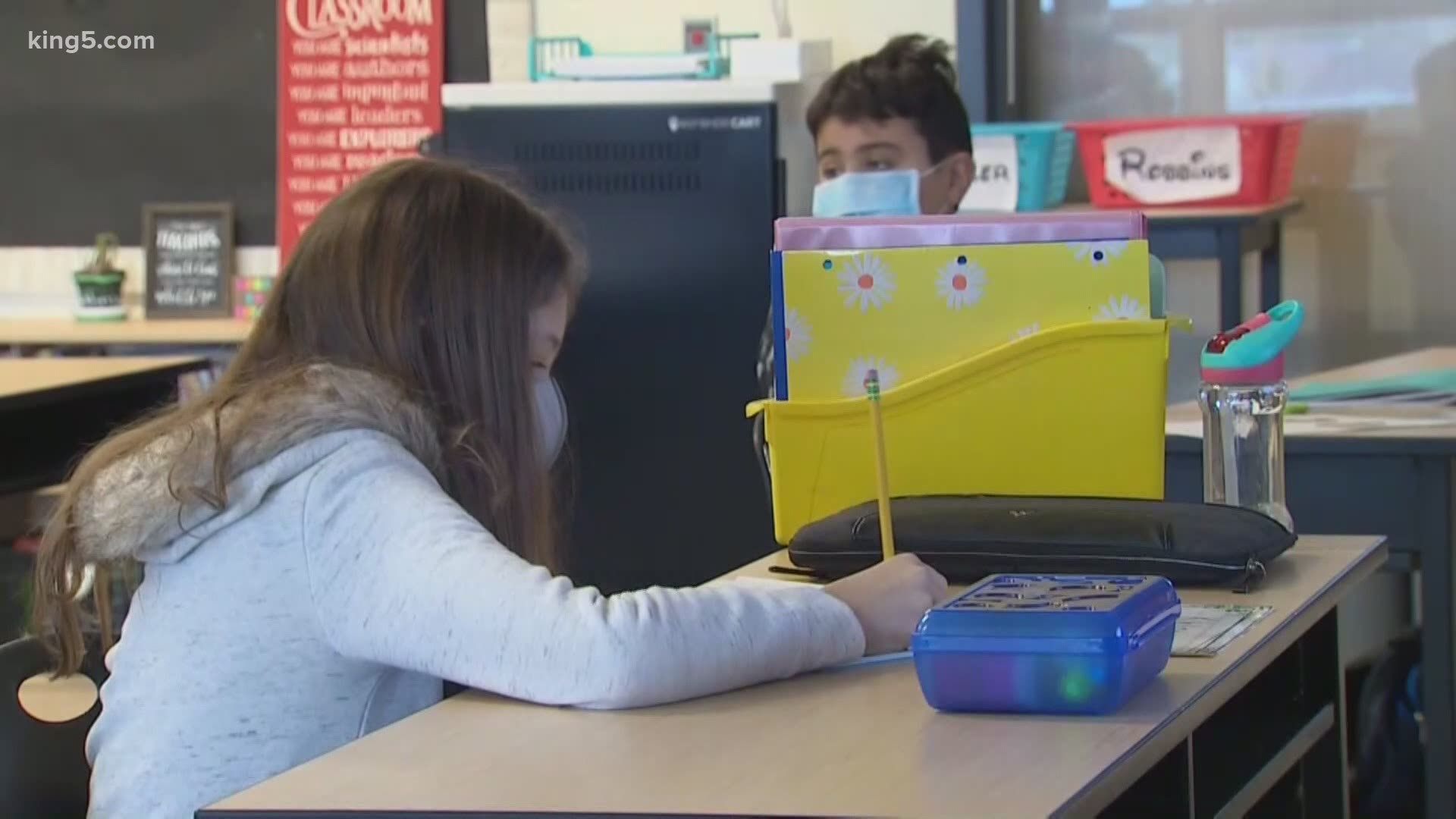 SEATTLE — The plan to get Seattle Public Schools' pre-kindergarten through first grade students back into the classroom by March 1 will not come to fruition.

District Superintendent Denise Juneau announced Thursday night many of those students will not return to the classroom. The district is still working to get as many special education students back by March 1, however.

The district said it shared a proposal with the teacher's union – Seattle Education Association – that would keep students in two groups and bring them back for two days of in-person instruction.

District administration said it hopes to finish negotiating with the Seattle Education Association and update parents about final arrangements by Feb. 22.

On Feb. 3, the Seattle Education Association posted on Facebook that March 1 was "aspirational- and not created in collaboration with SEA. Be more transparent with educators, students, and families. They deserve to know March 1 is not a sure thing."

The plan was approved by the Seattle Public Schools' Board of Directors in December. After previously recommending a phased reopening for spring 2021 of in-person services in schools for students up through second grade, Juneau modified her recommendation, dropping second graders from the proposal.

Following Juneau's first proposal, district spokesperson Tim Robinson said preparations would ramp up during the first week of January. It was estimated that it would take about two months to get everything in place before students returned to class.

Preparations were expected to include the Education Association approving a new memorandum of understanding (MOU). Bargaining would have to be done again to modify the previous MOU reached in August determining which families wish to send students back to school, which teachers want to or can return, and "all the operational aspects" that include supplies and safety measures.

Seattle Public Schools said it would survey families in January to determine how many students will return to in-person classes.