The citizen coalition argues Seattle Public Schools is not doing enough to close the racial divide in its gifted learning programs. 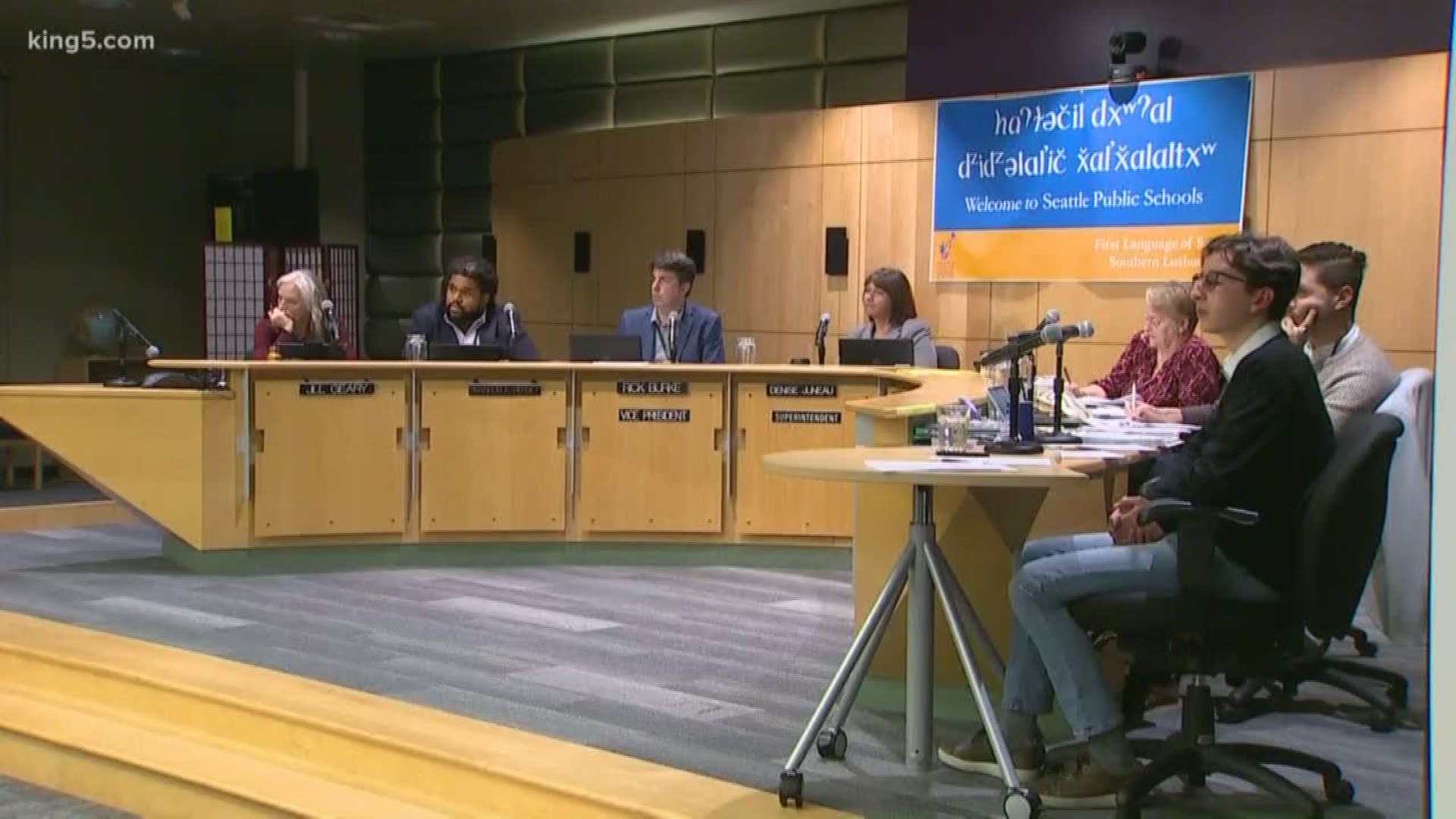 Editor's note: The above video previously aired on KING 5 in November when Seattle Public Schools Board was discussing their gifted programs.

The two programs are geared toward students who demonstrate high academic achievement and don't do well in a typical classroom environment. Students determined "highly capable" are enrolled in what's called a Highly Capable Cohort, or HCC, at their school.

The coalition called Equity and Access to Support Every Learner alleges SPS has not been “identifying, placing, or supporting students equally on the basis of race” in their gifted learning programs for years, despite recommendations from task forces on how to improve.

The coalition argues dissolving the program at Washington Middle School would negatively impact students of color in Southeast Seattle and cause further racial imbalances across the district.

SPS developed an Advanced Learning Task Force in 2018 to research and explore solutions to address the lack of racial diversity in their advanced and highly capable learning programs.

SPS announced in June they entered into an agreement with the nonprofit Technology Access Foundation (TAF) to explore the possibility of having TAF at Washington Middle School. TAF uses a STEM-focused learning model as a way to provide educational equality for students of color and low-income families.

The proposal to have TAF absorb the Highly Capable Cohort at Washington Middle School was voted down during a November School Board meeting. Parents said they worried the academic standards wouldn't be the same and instead called on the Seattle Public Schools to redo their current gifted programs to make them more equitable.

Despite the vote, TAF is still not completely off the table, according to SPS officials. But it's unclear if TAF would replace the HCC program or be part of it.

SPS released the below statement Tuesday in response to the coalition’s letter:

SPS continues to support the engagement of the Advanced Learning Task Force, which has done extensive research and has examined advanced learning services and best practices throughout the state and nation. The task force will complete its work on December 10, 2019.

The superintendent will continue to work with the school board regarding Washington Middle School as a possible location for the Technology Access Foundation. The board will be meeting as an Executive Committee of the Whole on December 18, 2019, where this topic will be discussed.