Puyallup teachers want the superintendent out, give ‘no confidence’ vote

Puyallup educators have voted no confidence in Superintendent Dr. Tim Yeomans. Possible teacher layoffs and a state funding mess are fueling the fight over leadership. 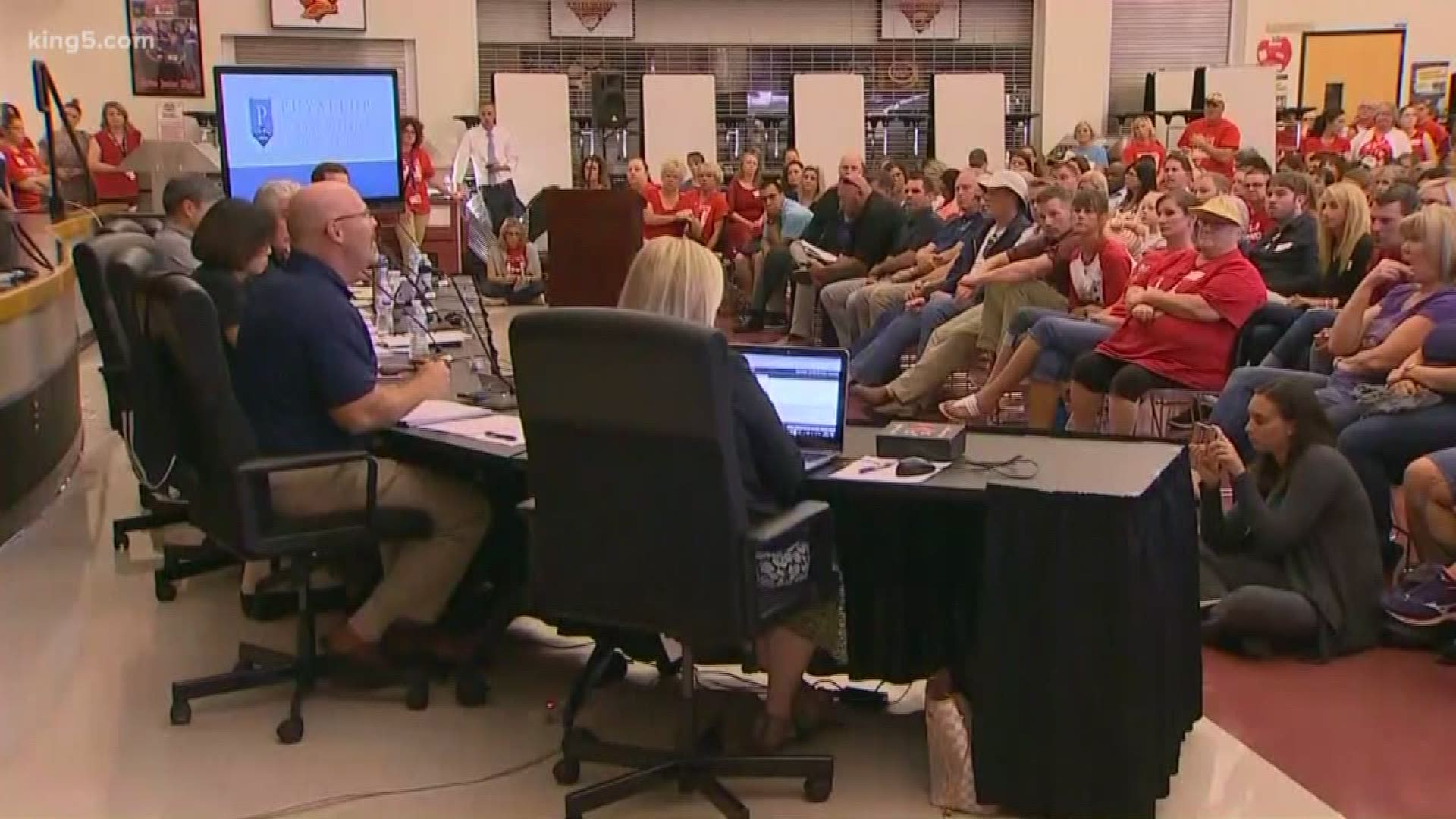 PUYALLUP, Wash. — Critics and supporters of the Puyallup School District’s superintendent spoke out during a meeting Monday night.

Dr. Tim Yeomans led the district through a turbulent school year filled with contentious budget talks that led to a three-day strike in September. Teachers said no to a 3.1% raise as neighboring districts saw double-digit percentage increases because of an influx of state funding made possible by the McCleary court decision.

During the contract talks, Yeomans said the district could not afford big raises.

"Somebody has to do the math. We want to get this right. We want to make sure this is sustainable," Yeomans said during a meeting last year.

"Nine percent of the teaching force has already received notice that they will not have their contracts renewed. That's 122 people," said Karen McNamara, president of the Puyallup Education Association.

Yeomans announced that he will be retiring in 2020, but McNamara said educators do not want to wait until then.

"We want him out now," said McNamara.

The district is reportedly facing more than a $13 million budget shortfall for the 2019-2020 school year.

"Make the cuts as far away from the classroom rather than just taking it out of the classroom," said McNamara.

"I acknowledge that the state Legislature did a very poor job of rolling out funding. Their work created some major inequities among school districts. The manner in which the funding applies to Puyallup, and what the teachers’ union has asked for, is simply unsustainable.

Our reality of significant budget reductions is not to be minimized. It is also likely to become more severe prior to improving and will have impacts several years into the future. This can be difficult when the reality is not a message anyone wants to hear.

Just as it is for most of our neighboring districts, we will experience painful staff reductions this spring. Over the next few weeks hundreds of staff members in Pierce County, and thousands state wide will lose their positions.

There is no blame in this situation, only the reality we must face. We communicated clearly last September that this would be our reality and we are facing it now.

This is our current situation and we know that avoidance of the issue will only make it worse. Therefore, we are working closely with the Board of Directors and keeping employee groups informed. We will continue to do so until a solution for the coming year, and a plan for future years is crafted."