North Creek High School senior Michael Albrecht is the recipient of a prestigious presidential medal for his achievements in school. But, it's his hard work outside the classroom that is inspiring others. 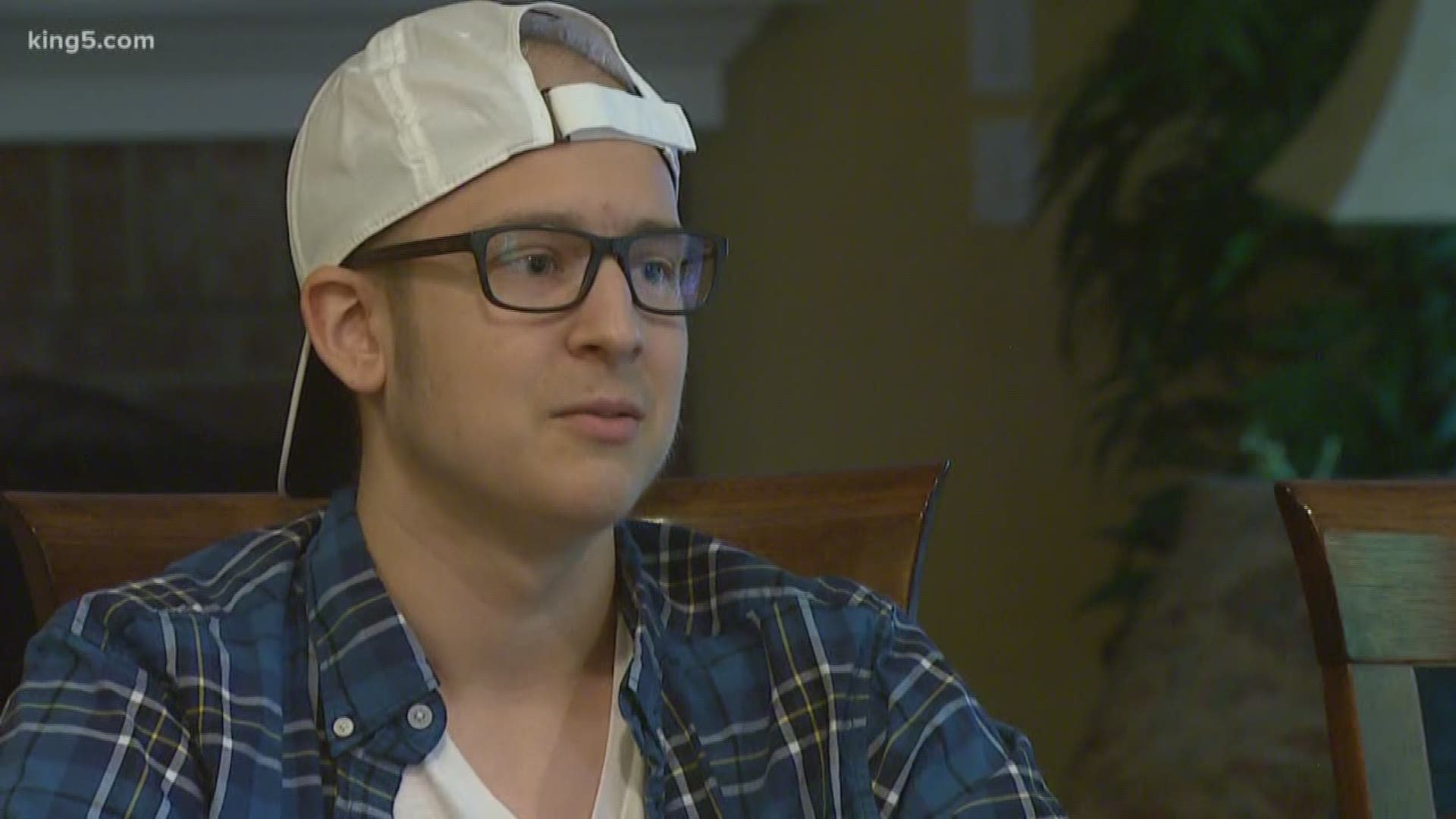 BOTHELL, Wash. — Michael Albrecht likes to find inspiration in little things like opening a letter from an old friend. It's the North Creek High School senior’s way of always remembering to keep positive.

"When you know there are people who support you, that's what motivates me to look on the bright side," Albrecht said.

The "bright side" hasn't always been easy for Albrecht to see. He was diagnosed with Ewing's Sarcoma on his last day of 8th grade.

Still, there was that attitude.

"I try to look on the bright side," he said. "When you're going through something life-threatening, you can't indulge in the depressing parts of it. That would just tear a person down. You lose hope when you do that."

Albrecht endured nine months of chemotherapy, spending New Year's Eve of 2015 in the hospital. But he had a room with a view of the Space Needle fireworks.

"So, we threw a little party there. I wasn't feeling so well, but, there was a bright side,” he said.

If you get the feeling Albrecht is a positive person, you're catching on.

He was eventually diagnosed cancer-free and dedicated much of the next three years to helping others with cancer. Albrecht held fundraisers, did volunteer work, and told his story at cancer-related events.

Everything was going great until January 29, 2019.

The cancer was back, this time the tumors appeared in his lungs. The situation was so serious the hospital gave Albrecht paperwork to fill out about funeral plans.

At barely 18-years-old, however, he proved wise beyond his years.

"You just have to realize I'm not at that point right now. When or if I get to that point I'll deal with it then. It's just living life one step at a time,” he said.

So, life goes on.

Albrecht does his school work at home, but he has a lead role in the spring play. Last week he received a letter from the U.S. Secretary of Education announcing he is a 2019 Presidential Scholar, one of just 161 in the nation.

"My mom says I'm special, but I didn't think the Department of Education would say so," Albrecht said with a wide smile. "It just feels good to be seen, to be recognized like this."

The honor is one of the most prestigious for high school students in America.

Albrecht won't be able to attend the award ceremony in Washington D.C. because he'll be in the hospital getting treatment. He also won’t be able to walk at his graduation ceremony from North Creek High School in Bothell. However, his two sisters plan to do it for him.

True to form, Albrecht looks on the bright side. He believes once he gets through the month-long treatment, he will be that much closer to being cancer-free, once again.

"It's not hard," he said. "You can make a bad day a good day just by changing your attitude."

Albrecht is responding well to his current treatment and his tumors are shrinking.

He is looking forward to attending the University of Washington in the fall.